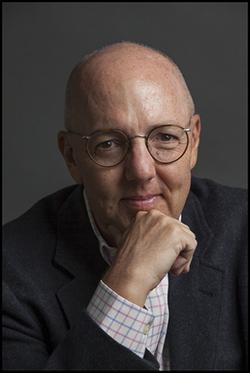 If you are interested in understanding the battering quality of American environmental politics in recent times, “Getting to Green” could be the book for you. Especially if you haven’t been around since the first Earth Day in 1970, and are wondering how we could possibly have gone from such extraordinary, rapid progress to what seems, more days than not, like permanent gridlock.

By “recent times” I do not mean “currently,” quite, for a key disadvantage of Frederic C. Rich’s analysis is that he completed it shortly before our last presidential election.

In a Twin Cities appearance a few months ago, Rich acknowledged that the ascent of Trumpism has essentially suspended, at least temporarily, the opportunities he sees for restoring political cooperation. Perhaps it has also limited the book’s reach; to say “Getting to Green” has been lightly reviewed is to put it generously.

And that’s too bad, because there is a lot of useful history and perspective here — even if you find it, as I did, less than persuasive in delivering on the subtitle’s bold promise of “a bipartisan solution [for] saving nature.”

Rich is a retired a Wall Street lawyer who represented multinational corporate clients in the fossil-fuel sector, especially, and also has had a long personal involvement with the land-trust movement and various environment-minded organizations and government panels.

He describes himself as a “reasonably firm fiscal and smaller-government conservative” and as a Republican “with no sympathy for the ‘culture war’ agenda” of his party. (He has been a blogger for Huffington Post and on his own website, and has written a “dystopian Christian novel.”)

That background was the main reason I wanted to see what he was up to in “Getting to Green”; another is that the book was sent to me by an Earth Journal supporter who knows both book and author, and whose insight and judgment I respect.

Rich’s central conclusion is that environmental progress in America reached its zenith in the 1970s and has been stalled, in terms of important national legislation, since enactment of the Clean Air Act of 1990. This is the result of what he terms the “Great Estrangement” between

a conservative movement donated by those deeply suspicious of Green goals and hostile to virtually all policies advocated by environmentalists; and a Green movement that all too often appears hostile to business and economic growth.

The environmental movement has lost its way, he says, by selecting global climate change as its key issue and then making essentially no progress on it. Meanwhile, environmental organizations have continued to alienate potential supporters, to the extent that 43 percent of Americans in a 2004 poll felt that “most of the people actively involved in environmental groups are extremists, not reasonable people.”

To correct this and regain effectiveness, Rich says, greens must commit to three major changes: reconnecting a critical mass of moderates and conservatives with their traditions of supporting conservation; developing a policy rationale immune to charges that environmentalists care more about nature than about people; and undertaking a thorough analysis and repair of the movement’s strategic and operational failings.

With all of these preparations in place, the greens will then “need to listen to conservatives, take a few steps in their direction, and focus on that space where the values of right and left overlap, which I call ‘Center Green’.” (Pro tips: Make it about protecting public health, not saving wilderness, and try to speak more about hopeful opportunities than horrific threats.)

None of this is brand-new thinking, of course. You can find much of it in 2004’s famous “The Death of Environmentalism” essay (which Rich acknowledges, a bit skimpily), and other, earlier sources. You can also find plenty of examples, though not necessarily in this book, of how organizations have adapted to advice in this vein and continue to do so. (Consider The Nature Conservancy and its new emphasis on making the business case for conserving habitat.)

Nor is it a fresh insight that conservatives used to be conservationists more often than not, and vice versa, or that the Republican Party was the natural home for all of them until fairly recently. So, what happened on their side of the Great Estrangement?

Rich sees the conservatives’ shift in political stances as essentially a self-serving reaction to ongoing demonization of the movement by, for leading example, The Wall Street Journal editorial page, with support from the Koch brothers, the Heritage Foundation et al.

It was a Journal editorial in mid-2003, with its observation that “the grist of modern environmentalism is turning concern for the earth into rage against corporations,” which put Rich on notice that something very new was happening. (Even though, personally, he “didn’t know any Greens who raged against corporations, hated capitalism, or lusted for power.”)

Soon, millions of Americans were driving to work listening to Rush Limbaugh mock the ‘environmentalist wackos,’ at least on days when he was being polite. The Wall Street Journal continued to editorialize against “enviromania” and sowed the seeds of the idea, in full flower today in the garden of right-wing ideology, that environmentalism is a false religion.

So if I have it right, then …  the environmental movement is reviled and failing today not because of this highly effective smear campaign, which drove away past and potential collaborators, but because of its own strategic choice to make climate change the No. 1 issue and then fail to solve it.

And the way back to a position of influence is for the movement to  narrow its agenda, lower its goals, adopt kinder and gentler forms of advocacy, and see if it isn’t possible to make nicer with the other side.

A strong grasp of history 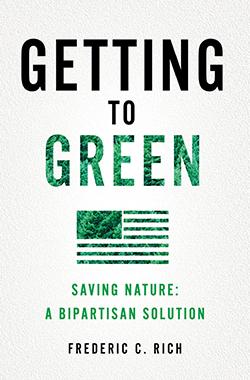 Rich has a considerable grasp of environmental history — I learned plenty about an era I lived through, and have written about — and also a gift for putting the factual stuff down in prose that is succinct and smooth, if rarely stirring. Younger readers may benefit from his tour of a not-so-long-ago era of stunning consensus:

The 1970 Clean Air Act, 1972 Clean Water Act, Marine Protection, Research, and Sanctuaries Act of 1972, and even the legislation that within a decade would become the subject of GOP ridicule, the Endangered Species Act of 1973, all were passed by unanimous votes in the Senate. … In the House, strong majorities of the GOP members supported every one of the landmark environmental bills during the decade.

On the other hand, I think the single most important limitation of this book is Rich’s selection of sweeping federal legislation as the key metric of environmental progress, therefore the essential central aim of environmental strategy, therefore a basis for concluding that progress has stalled and the movement has failed.

But this is a convenient way of setting the stage for “Center Green,” an approach in which environmentalists and conservatives identify pragmatic solutions on which they can agree, which will ease environmental problems of meaningful scale, and are achievable politically. It’s the strategy of the land-trust movement, he offers in proof of concept.

Well, yeah. Much is possible when landowners can realize a financial advantage in accepting restrictions on land they still own and use, and the public gains an important asset at a huge discount from purchase price.

Not saying land trusts aren’t a great idea; of course they are. But I’m having trouble seeing how that model would work with, say, reaching closure on whether the Boundary Waters Canoe Area watershed should be off-limits to precious-metals mining that has proved destructive at every other location where it has been done.

Other victories, other venues

And, anyway, there are metrics other than major acts of Congress worth remembering, and celebrating. Here Rich tends to pick and choose in ways that sometimes make me uneasy as to motive.

He mocks the success of the grassroots campaign against the Keystone XL pipeline as overinvestment in a trivial outcome; I happen to see it as an encouraging demonstration of what citizens can accomplish while Congress stalls.

Oddly, Rich scarcely mentions the  Sierra Club’s Beyond Coal campaign, a combination of grassroots effort and smart engagement of administrative procedure which has forced the retirement of more than 260 coal plants, existing or planned, across the country. Rich calls the campaign “commendable” without a word as  to what it has achieved, then blasts the club for opposing natural gas development (he really likes fracking).

Similarly, he acknowledges in speeding summary an array of other achievements that most  might call considerable, even as he continues to insist that “viewed against the critical tests of federal legislation, federal spending, progress on climate, and public opinion, the failure of the environmental movement comes into clear focus”:

Just goes to show, I guess: You can’t lose ’em all!

A fresh history of modern green politics, overlooked because of timing