America’s advancing solar-energy sector stumbled last year, according to a new industry analysis, as the tally of newly installed capacity fell for the first time since 2010.

Minnesota, however, stood out as a major exception, with strong growth continuing thanks to its community-based, subscriber-funded “solar garden” program.

A year-in-review analysis of 2017 by the Solar Energy Industries Association, published last week, found that 10.6 gigawatts of new sun-powered electricity came online. That marked a second consecutive year of double-digit growth, and was generally in line with the decade’s overall trend. Of all new electric generating capacity added last year, 30 percent was solar-powered – more than any source except natural gas.

Nevertheless, the new capacity was down a full 40 percent from 2016, when 15 GW went online.

In Minnesota, by contrast, “it was a banner year for community solar, with more megawatts installed in that state than total U.S. community solar installations in all of 2016,” the SEIA announcement noted.

Overall solar growth, including residential and utility installations, reached 436.8 megawatts in 2017, which exceeded 2016’s 372 MW and more than doubled total capacity. That was enough to lift Minnesota’s ranking by two slots, to 15th, among all the states in installed solar capacity; SEIA predicts that the current total of about 800 MW will more than double, to 1,675 MW, in the next five years.

Still, because of policy shifts by the Trump administration – especially new tariffs on imported solar cells and modules – SEIA is lowering its five-year growth forecast for the country by 13 percent. The tariffs will be applied, at declining rates, for the next four years (unless extended); when they were announced in January, SEIA officials estimated that they would cost 23,000 jobs in 2018. 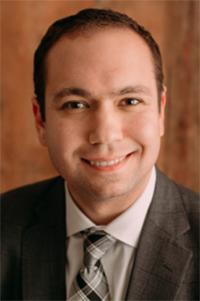 To better understand the national and Minnesota trends in solar — not my strongest subject area — I turned to David Shaffer of the Minnesota Solar Energy Industries Association, where he is policy director (and is not, in case you wondered, the David Shaffer who used to write about energy and environment at the Star Tribune).

For starters, I asked him if the 2017 results nationally weren’t sort of in line with the long-term trend, and only looked bad because 2016 had been so unusually good. He said that was so, and also applied to the Minnesota situation; the main driver being uncertainty about the 30 percent investment tax credit, which was set to expire at the end of 2015 unless Congress renewed it.

During that year, he said, “a bunch of people put their applications in to get their project done in the expectation that the credit was going to expire. And then the tax credit got extended – actually increased.”

The credit is available when project construction begins, but SEIA counts new capacity at the point the new power goes online. So, in Minnesota, “our utility-scale projects were all prepared to get in the ground before the tax credit ended, and there was a big rush around that, and it pretty much all went online in 2016.”

The Minnesota Legislature created the community solar option in 2013, and early implementation was slow, Shaffer said.

But then in 2017 the community solar program was really starting to get off the ground. This is a very new thing across the United States, a program like ours, and ours is unique in that it doesn’t have a cap – a developer can say, you know what, I’m going to go build a project here and Xcel has to connect whether it’s in their [resource] plan or not. In other states, it’s more like a utility says, we’ll buy 5 MW of community solar, give us your best bid.

When the program took off it ballooned up to 2 GW of applications. And Xcel kind of freaked out about that, and the program has changed a whole bunch, and now we’re down to about 700 applications that are working their way through the queue. We’ll probably see 300 or 400 megawatts installed this year, and I think there will be some residual buildout going into 2019.

As for the tariffs’ workforce impact in Minnesota, he said the outlook is not entirely clear:

We’re saying it will cost about 600 jobs. But they’re almost all prospective jobs – I haven’t heard about anybody that’s going to get laid off, at the moment.

A tricky thing about this, again, is that there was a lot of panel-hoarding and stockpiling [in anticipation of the tariffs], and we’re expecting to see those start to run out in the summer, so we’d start to see the effect in Q3 or Q4 of this year.

At the same time the market has sort of stabilized – people guessed this was the kind of tariff we’d see, going back to May of last year. Projects have been falling off in some places, but I haven’t seen that in Minnesota.

The booming community-solar program could have some clouds on its horizon, too:

Illinois just started a solar garden program, and it’s almost like they took ours and made all the developer-friendly tweaks you’d want to see. A lot of our developers are saying, you know what, we might make a lot more money if we just go down there.

Of the new projects I’m hearing about, there are a lot more in Illinois now than Minnesota. I think we’ll see a decline in applications, which will then signal a decline in installed capacity for the next few years. So I’m predicting a slowdown for at least the next couple of years in Minnesota.

Having fallen so far behind in my understanding of Minnesota’s solar sector, I asked Shaffer a number of elementary questions about its overall shape – past, present and future. Excerpts from his illuminating answers, condensed and rearranged somewhat to lessen the influence of my rambling interview style:

About half the installed capacity in Minnesota is in solar gardens. Rooftop residential is probably like 80 MW at this point; on average it’s probably 10 MW added per year. But it was the first type to be installed, so it got a head start. The rest is utility-scale; we define “utility scale” as larger than 10 MW, and projects smaller than that we classify as distributed generation.

Solar gardens were initially allowed to be as large as 5 MW, and now they’re only allowed to be 1 MW; you can find some as small as 250 kilowatts. There are economies of scale at 5 MW which, to give you an idea – 1 MW is about 5 to 8 acres of panels if you were to just put them all together, so 5 MW would cover maybe 40 acres.

There are three big utility projects in Minnesota. There’s the North Star project, up by North Branch; it’s 100 MW – so, about 800 acres. Another, down by Marshall, is 62 MW. And then there’s the Aurora project, about 100 MW, but it’s a distributed project, kind of a hybrid thing spread over 16 sites.

There’s also a Minnesota Power project called the Camp Ripley project, a 10 MW project with a microgrid component that can help power Camp Ripley if there’s an outage.

The primary consideration in siting a new project is the grid. Developers want to be near an Xcel substation because it’s pretty expensive to build out electrical lines and facilities to gardens that are far away from that connection point.

Point two, that substation has to have available capacity, and this usually happens where a substation has been built with the expectation that it will supply more people in the future.

Part three is land prices. Developers go where the land is cheapest – while they’d love to build one in Hennepin County, that would be pretty expensive, so that’s the impediment there. And then there’s city and county issues – if there’s a city with a moratorium, you don’t go there.

And the last one is the contiguous county requirement; under state law, your garden subscribers have to be in the same county as the garden, or a county contiguous to the one where the garden is sited. So that’s a problem for counties that don’t have a lot of potential subscribers. And, of course, it has to be in Xcel’s service territory.

But when you add all these variables up, we’re seeing gardens on the fringes of Xcel’s territory, which runs kind of from St. Cloud to Minneapolis to Mankato, and in communities where there are higher populations. You can see them if you go out Hwy. 212, or Hwy. 7 – there’s a lot by Mankato.

Until last year, we had four module manufacturers in Minnesota. And we had a made-in-Minnesota program, basically a rebate program for using modules made in Minnesota, and that attracted these businesses to Minnesota, and in the last session the Legislature got rid of it. Three of the four are gone now, one of them out of business completely.

You know, if the tariff had been done maybe four years, five years ago it probably would have been a good thing for the industry. But by the time the president decided to do it, most of the manufacturers in Minnesota and really everywhere across the United States were out of business.

The full SEIA report can be purchased at a price in the four figures; the executive summary can be read here at no charge.