For the most part, though, the arrival of the brown marmorated stinkbug in a new place is an understated affair. Like a dance party that technically starts at nine but doesn’t really get going until one in the morning, there’s a long lag between when stinkbugs show up in a new place and when their population booms. Maryland had a stinkbug annus horribilis in 2010, seven years after the first one was documented there. Virginia’s mass infestation, in 2011, likewise took place seven years after the first sighting in that state.

– Kathryn Schulz, in “When Twenty-Six Thousand Stinkbugs Invade Your Home.”

The notion of a seven-year fuse is interesting to consider, looking east from Minnesota, where the first documented appearance of this home-invading, crop-wrecking pest occurred in 2010. But of course there’s nothing fixed about this pattern; one more challenge to controlling this insect’s population is the difficulty in predicting the explosions.

Ask Angie Ambourn, who tracks the BMSB in her role as a Minnesota Department of Agriculture entomologist, if we are headed the way of Maryland, Virginia, and other states where the BMSB has become “an unbearable household nuisance,” and she will say: “I honestly don’t know.”

The insect isn’t super cold-tolerant, as insects go, but if it can get into shelters, people’s homes and barns, through the winter, then it will certainly survive. And our winters haven’t been that cold lately – they haven’t been colder than normal. And so as long as they can get in somewhere, they’re probably going to be fine.

According to the trade journal Pest Control Technology, temperatures must fall below 10 degrees to bother the bug, and outdoor-dwelling populations can lower that threshold by sheltering in rockpiles and dead trees. Or your garage, camper, boat …

Homeowners are advised to caulk every possible joint around windows, doors, foundations and so forth, but considering this bug needs an entryway only seven millimeters wide, the odds of success are poor. In the mid-Atlantic outbreaks, some homeowners resigned themselves to five-figure investments in exterior remodeling. Others considered just burning the place down.

“We’ve seen the populations start to slowly build” in Minnesota, Ambourn said, based on scattered and not-quite-random observations:

We had years when we weren’t getting a lot of reports from citizens, not catching a lot in our monitoring traps, and then all of a sudden – specifically in the St. Paul/Minneapolis area – we really started to pick up numbers. That’s where we’ve been able to find reproducing populations.

So we know it’s established here, it’s able to survive, and in the past year we’ve gotten a couple of reports of finds in orchards and also in soybean fields. They’ve been found two seasons in a row in the soybean fields. No recorded crop damage that we’re aware. But how it works is, it builds up in the urban areas and then spills over into the agricultural setting, so  we’re probably on the cusp of seeing more and more in the ag setting.

We have a hotline called Arrest the Pest where we get all our citizen reports, and we’ve had some people who’ve had upwards of 10, 20, 30, 40 in their home, and they’re emailing to say, this is so gross, how do I get rid of them? But in terms of the severity they see out east, I just don’t think we’re there yet.

Thanks to Arrest the Pest calls, Ambourn and colleagues have been able to trace patterns of movement that involve bugs stowing away on vehicles, particularly campers and RVs. 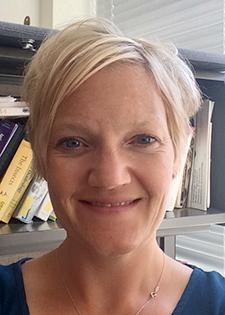 When the monitoring program started in 2014, the department set up 100 sites all across the state, with two traps in each. But it soon became clear that the focus should be in two general areas – the metro area and the main highway corridors leading out of it. Last year 65 sites were monitored, with a single, better-quality trap at each; many were at roadside rest areas and campgrounds.

Ambourn said she knows of no instances in which homeowners have attempted to kill invading stink bugs with pesticides, and that’s just as well. The compounds legally available for residential application have proved ridiculously ineffective, and agricultural products that have shown some promise in orchards are definitely not the kind you’d want to use in your kitchen. Can’t bait traps for bugs that aren’t eating or procreating.

Pest Control Technology advises against using poisons even in areas where humans and pets are unlikely to be exposed:

Insecticides are not warranted for controlling stink bugs indoors, except perhaps as an ultra-low volume (ULV) treatment of a heavily infested area such as an attic. Efforts to kill overwintering stink bugs in wall voids is unlikely to be successful, and could exacerbate problems with carpet beetles and other dermestids feeding on accumulations of dead insects.

What’s left? The most popular approach seems to be vacuuming them up, which is quick and requires no direct handling, but also triggers the stench reaction and concentrates the stink. (Pro tip: Fit cutoff pantyhose over the discharge end of the hose to collect the corpses for quick disposal, and to make the bag last longer.)

Some people seal them in plastic bags before crushing, freezing, or throwing them in the trash. Some flush them down the toilet, which I guess would be OK for a trivially small bunch of bugs. But other than waiting for weather warm enough to open the windows, there seem to be no alternatives to close-quarters combat.

As insect pests go, the BMSB does have a few redeeming features: It doesn’t bite people. It doesn’t breed indoors. Each female lays only a few hundred eggs per year, outdoors and during warmer weather, which is trifling compared to many another insect pest, and accounts for its slow population growth – up to the takeoff point.

But after takeoff, even outdoor control is highly problematic. While the BMSB seems willing to eat most anything in the plant kingdom – fruit crops, vegetable crops, trees, grasses, ornamental plants, cotton – it appears that nothing eats live bugs in return. (Kathryn Schulz, quoted above, observes that household pets, including her cat, have been known to seize stink bugs  but only occasionally, “and seldom twice.”)

And the bug’s way of feeding on, say, an apple – driving a proboscis through the skin, then sucking out juice – protects it from surface-applied insecticides. Unless, of course, they are applied at much higher rates, as growers tried during some of the eastern outbreaks.

They were desperate, of course, but the intensity of these applications wasn’t economically or environmentally sustainable; the Maryland entomologist Mike Raupp told Schulz that responses to the BMSB “basically reversed three decades of environmental and economic progress in terms of managing pests. “

On the other hand, the need for alternatives is now driving a research and collaboration effort that Raupp calls “one of the most productive incidents in the history of invasive pests in the United States.”

Some growers have found success dusting fruit crops with kaolin clay; this creates a barrier that discourages the stink bug but also the orchard crews that have to remove it after harvest. (If you are old enough to remember the original formulation, think about washing a bushel of Honeycrisps that had been painted with Kaopectate). This method, too, is expensive and useful only with large, tree-grown fruit.

Of necessity, the BMSB battle is essentially forcing greater reliance on “integrated pest management,” which tries to replace toxic chemicals with, say, benign and beneficial insects – like Trissolcus japonicus, the so-called samurai wasp.

In the stink bug’s native Asian landscapes, this wasp appears to be the cornerstone of nature’s effective  control; wasps lay their eggs inside stink bug eggs, killing them. As a bonus, the samurai is stingless to humans.

Its potential is being studied in Minnesota in a joint project of the ag department and the University of Minnesota; in Michigan, where the BMSB has fruit growers in a dark mood, recent experiments showed two big positives: the wasps prefer BMSB eggs, where available, to those of other non-target stink bug species; better yet, they’re willing to travel some to find them. This is great news to Angie Ambourn:

There are some interesting things about that wasp. We’ve looked at its cold tolerance and it should be able to survive here.

Also, that wasp showed up on its own, on both the east and west coasts, so it wasn’t introduced, wasn’t human-released, as we’ve done with the parasitoids to control emerald ash borers. I know USDA is still going through all the rigorous testing they subject parasitoid insects to, and that’s not complete, but I think this is probably a plus.

In the meantime, she said, Minnesota’s monitoring and control efforts continue to depend heavily on public participation:

It’s important for people to remember to report the insect. Even though it’s not like the emerald ash borer or gypsy moth in terms of quarantine, it’s not yet spread throughout the state, so we’re interested in how it’s moving, where it’s at. Monitoring is really important for our agriculture industry.

We have the Arrest the Pest hotline: People can call or email, send in photos, and most of the time I can identify the stink bug from their pictures. There’s also the Great Lakes Early Detection Network, with an app you can use to report any invasive species  – zebra mussels, Japanese knotweed, any invasive insect. And that’s a great tool for stink bugs as well.

As Minnesota stink bug numbers grow, a look at barriers to controlling them