“Vegetation has scrubbed out 30 percent of the extra CO2 we’ve added to the atmosphere since 1850,” Peter Reich was saying the other day. “It has saved our butt, basically.”

Without that offset from the world’s forests and grasslands, “climate change would be twice as bad already. Knowing whether this multi-trillion-dollar ecosystem service will continue, and just how much it will continue, is important.”

So this prominent plant biologist and his research team at the University of Minnesota’s Cedar Creek field station, up in East Bethel, have been flooding plants with extra carbon dioxide to see what happens — but not in your typical lab experiment, where plants grow in indoor containers for a year or so.

Instead, Reich’s plants are growing outdoors, in open-air test plots where researchers track a wide range of variables but let nature control all but the few selected for human manipulation. They’ve been growing for 20 years now. And in findings published late last month in the journal Science, these prairie perennials showed that the most commonly held truths about plants and rising CO2 levels aren’t so true after all.

The basic notion can be stated by many a grade-schooler: Plants take in CO2, water and solar energy. Through photosynthesis, they process these inputs into carbohydrate tissue, returning oxygen and moisture to the air, but locking up the carbon. The more CO2, the more growth; the more growth, the more carbon storage; the more carbon storage, the less warming in our planetary greenhouse.

On those last points, concerning CO2 uptake, botanists will add a qualifier central to Reich’s research:

There are actually two photosynthesis pathways, known as C3 and C4 (the difference is a matter of enzymes and chemistry I dare not try explain here). Perhaps 97 percent of the world’s plant species — including nearly all trees and flowering, leafy plants — follow the C3 pathway and do pretty much as our grade-schooler described.

Not so much the C4 group, which consists mostly of grasses; thought to have evolved in the tropics, these are tough plants that can cope with heat, drought and flooding, but don’t show a growth surge with rising CO2. Though small in species count, the C4 group has a huge role in global ecology and climate buffering — across all the Earth’s green surface, about 40 percent of the vegetation is grasses, and about half of those grasses are C4s.

The C4 group is not so widely distributed in temperate North America — except for the grasslands of our Great Plains region, where Reich says C4s like big bluestem, little bluestem and indiangrass are dominant over C3s like brome and quackgrass.

Reich’s team has been watching 88 test plots of grasses, half  of them C3 and half C4, as part of what’s called the BioCON project, which studies the effects of such variables as nitrogen supply (applied as fertilizer) and CO2 (pumped from tanks to raise the local atmospheric concentration an extra 180 parts per million, or about 44 percent above current global levels).

The C3 plants were expected to show considerably enhanced “biomass production,” what you and I would call growth, in the CO2-enhanced atmosphere; the C4s were not. And that’s pretty much what happened for 12 years, with the C3s’ growth accelerating some 20 percent above normal.

Then came a sudden, sharp reversal, and over the next eight years the C3s’ biomass production fell to slightly below normal — while the C4s’ soared by 24 percent.

“This upends our thinking about one of the few truisms or deeply accepted paradigms we have in ecology,” Reich said, but the implications are not yet clear. “Your average newspaper reader probably will want to know, does this make the situation better or worse? And we don’t know that yet.”

Sometimes experiments can be extrapolated from a lab result to the entire world. If you had 20 monkeys and half of them smoked for 10 years, and more of them got cancer, you could extrapolate that to humans around the globe. It might not be a good extrapolation, but at least there would be a logical thread for that, and in this case the story is more complicated.

However, much is known about what did not cause the C3s to slow down and the C4s to speed up. Rainfall played no role and neither did temperature. Additions of nitrogen fertilizer, “at about a quarter of what a corn farmer would use,” weren’t the driver, and neither was the mixing of up to four species within a test plot. (Earlier studies at Cedar Creek have shown that mixing species boosts growth.) Even the level of photosynthesis occurring in the plants didn’t correlate with the shifts.

What’s going on in that soil?

Only one factor rose and fell with growth rates, and that was the amount of nitrogen mineralization taking place in the plots. In this process, soil microbes processing dead plant matter, or dead microbes, increase the soil’s content of nitrogen available as a nutrient. Obviously, plant growth rises and falls with nutrient supply; but the mineralization rate itself seems to be driven by a plant/soil feedback interaction that remains murky.

We have unprecedented measurements of nitrogen supply, in the inorganic forms that plants can use, because we make them every year and almost no one else does that, because it’s very expensive and time consuming, takes a lot of effort.  So we know it’s happening, we can show the correlation occurs, but we don’t really know why it’s happening.

We don’t yet understand which microbes change their composition or behavior or both; we actually probably think the plants, both C3 and C4, that have higher CO2, change their own chemistry in their roots and the dead matter that falls to the ground. And that likely changes the microbial communities, which may speed up the nitrogen cycle, making more nitrogen available to the plants. We’re going to be studying these questions this summer, and it really challenges us because it’s at the cutting edge of what we can do in terms of understanding the role soil microbes play in nutrient cycling.

Uncertainty hasn’t kept others from drawing inferences from the findings. A commentary by two other scientists, published alongside Reich’s paper in Science, suggested that the new growth patterns in response to CO2 might bring depressed crop production (in C3 species) and a boom in invasive weeds (among the C4s). Reich was not quite dismissive.

To consider some of these weeds invasive, you have to be talking in geologic time frames — you know, you could say spruce and hemlock maybe invaded Minnesota after the last glaciation. And crop plants aren’t all C3 – sugar cane, sorghum and corn are C4, although wheat is a C3.

Also, in most of the world, we manipulate the soil when we grow crop plants. If we dump a lot of nitrogen on a cornfield in Minnesota, or a wheat field, we could be swamping the effect of the plant/soil feedback that we found in our experiment – even if the effect occurs in crop plants, which we don’t really know yet.

It’s possible that in much of the developing world, where we don’t add much nutrient,  and inherent soil quality is more important to agriculture – it’s hypothetically possible that rising CO2 could help people grow corn or sugar better. It’s plausible but there’s a lot of ifs in there and I wouldn’t necessarily count on it.

How can science be so wrong? 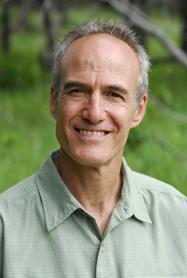 Peter Reich is a delightful guy to interview: an enthusiastic fast talker, patient with clumsy questions, given to cascades of digression within digression that eventually converge back to his main point. It’s fun but not always easy trying to keep up with him, and after we’d rung off I realized I’d failed to ask a question that had been taking shape for the past hour:

How is it possible that the plant sciences still know so little, and can be so fundamentally off-base, about the basics of plant growth and CO2 response?

But then, as I reviewed my notes, I found he’d already addressed this from multiple, intriguing angles:

When plants are nitrogen-limited – not getting as much as they need from the soil – they can’t use as much of the elevated CO2. But a lot of the global models that feed into the climate modeling pretty much assume that the plants’ productivity due to rising CO2, and their carbon-sink strength, are what they’d be if they had all the nutrients they’d ever need.

The total productivity of plants is difficult to calculate because maybe three-fourths of the biomass in the plants we study is underground, in the root system. Now, the above ground parts die back every year, while the roots probably live two or three years, sending up regrowth, so maybe each year the productivity is closer to 50-50 for the roots and shoots.

All these plants are perennial, but we don’t really know – which amazes me – how long grass lives. Grasses die back every year, above ground, but then resprout from the roots, and also spread with stolons – you can think of them as runners – like an aspen spreads. I know how long the oak tree in my yard lives, because I can see it outside the window; keeping track of an individual grass plant is not trivial.

Critical ecosystems are changing with the climate, and the appropriate time scale to think about those changes is 20, 30, 50, 100, 200 years. Yet 99.99 percent of the science we do in biology and environmental studies is a year or two, at most three, because we don’t fund long-term research, we don’t have the patience for it, students need to get their dissertations done and so on.

You could do 100 different experiments and maybe you wouldn’t find a surprise in all of them, but if something surprising showed up in 15, something completely inconsistent with how we thought nature behaves? There are a lot of unknown unknowns out there, and because we don’t appreciate the complexity and different trajectories that our ecosystems can show, we’re missing a lot.

Even with this study, other scientists have said, after 12 years you’re not seeing anything new, why not move on to something else? We’ve struggled even to convince our peers that you need these long-term experiments to illuminate what’s really going on.

The Reich paper, “Unexpected reversal of C3 versus C4 grass response to elevated CO2 during a 20-year field experiment,” can be found here but access is not free.