After a few years in Florida, Anne Schwagerl and her husband Peter decided they wanted something different from a professional life of cubicles and 40-hour work weeks. They moved to the family farm near Browns Valley in Big Stone County the western border of Minnesota.

They’ve had two children and they’ve moved into “grandma’s house.” Though Peter’s father is a conventional farmer (corn and soybeans), Peter and Anne have tried to find a new niche in the ag economy.

Among the non-GMO organic crops they grow is an organic blue corn, which is sold to an organic chip company. The yield is about half of the yield of a hybrid, non-organic field corn. But the price they receive is about triple the price corn farmers currently are receiving.

Other than the brutally long days of the harvest season, they love everything about farming. Working outdoors. The variety of tasks. The warmth of those around them. The sunrises and sunsets. The only thing Anne says the couple misses from that life of cities are grocery stores that are open 24 hours a day. “Farming wasn’t on our radar,” Anne said. “But now we can’t imagine anything else.”

They are involved not just in their community, but in the organic and range-raised food movement internationally. What we eat, they believe, is a question of values. “For a long time, we’ve devalued food and the people who grow it.”

But they also know they are bucking a trend. For all the attention Americans now focus on the sourcing of their food, there are a few young people trying to get into farming of any kind, let alone those like the Schwagerls, those trying to find niche markets with organic products or coming up with unique crops.

It’s a fact so well known among those in Greater Minnesota that when young people do move to rural parts of the state, they are sometimes greeted like conquering heroes. “When we had our first baby,’’ said Anne, 32, “we got thank you notes.”

Today, there are thousands of acres of farmland across Minnesota, but there is little room for young people who want to make a living on the farm.

Family farms, not to mention the main streets and churches that grew up around them, continue to fade away, like the old red barns that once dotted the Minnesota countryside. Agriculture experts predict that what’s left of the small farm lifestyle is going to take another hit this spring, when a combination of  low commodity prices and high debt will lead to another round of foreclosures. 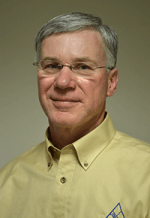 “We’re going to lose a lot of good people,” said Gary Wertish, president of the Minnesota Farmers Union. “This is potentially as bad as the 1980s. The numbers just don’t work.”

Indeed, no matter how hard they work, most small farmers can’t outwork the numbers. The cost of land, equipment and seed coupled with low crop prices is a formula that equals debt. And that leads to the harshest trend in terms of what rural Minnesota is going to look like in the years and decades to come. The state’s farmers are getting older (the average age is now around 55) even while it continues to get harder and harder for young people to get into farming.

The biggest factor in that trend is no mystery: Accessibility to land. Without a long-held family farm to turn to, the Schwagerls have no doubts about wether they’d be able to do work they love doing:

Dave Frederickson, the state’s commissioner of agriculture, empathizes for young people who don’t inherit farmland but who want to go into farming. He offers the hypothetical situation of a young person who wants to be a farmer: If they somehow managed to find and buy 400 acres of land in south central Minnesota at $5,000 an acre, they’d be looking at as much as $2 million in debt.

Then, according to Frederickson, it costs about $600 an acre to grow corn (the costs include land, equipment, seed and fertilizer.) If, as Frederickson says, the land yields 200 bushels of corn per acre and the farmer receives $3 a bushel, that’s $600.

“So you’ve worked yourself to the bone and there’s no profit,’’ said Frederickson. “Why would you do that?’’

State pols have attempted to help get young people back on the farm. For example, in the last session a farm tax credit bill was passed for farmers who sell land or equipment to a young non-family member.

But tweaks aren’t going to solve the problem of unaffordable land. According to the Farmers Union’s Wertish, land prices have gone “by five or six times since the early 2000s.”

The big peaks came in 2012 when worldwide drought — which was felt in Iowa and Illinois but not Minnesota — led to huge commodity price spikes. Corn, for example, peaked at $7.46. Land prices soared with the crop prices, the mean price of an acre of farmland rising to $4,917.

This situation put cash in the pockets of farmers and it also enticed landowners to make the decision to sell land. Land being finite, many farmers decided to make down payments on land that hadn’t been available before.

But within two years, commodity prices crashed. Longtime farmers who had some equity or had saved during the years of bounty could maintain loan payments, at least for a while. But young farmers, who typically had little equity to begin with, have left with little but hopes and prayers.

Today, the fear is that many farmers — even longtime ones — are out of capital, and will not be able to get loans necessary to finance spring planting. And though the price of farmland acres has edged down to $4,776 since their peak in 2012, the rate of decline is much slower than the crash of commodity prices. (Local ag people believe it’s been outside investors, with no historic ties to the land, who have kept land prices at levels that don’t currently make economic sense.)

Almost all of the numbers are a sign to young Minnesotans that it’s time to move to cities — or stay away.

No one speaks more lovingly than Frederickson of the days of farm families working hard but living comfortably by planting a few hundred acres of corn and hay, keeping some chickens and pigs and milking small herd of dairy cows. But even the old-fashioned barns, if they exist at all, no longer are used for cows.

The Frederickson family farm had a barn (it was white), but Frederickson remembers knocking out the stanchions with a sledge hammer in the 1970s. The stanchions were replaced with hog pens, which he knocked out in the 1990s. The barn became a storage place for his boat.

There remain exceptions to the aging demographics of Minnesota farm country, of course. The organization Future Farmers of Minnesota has 11,000 members. Even if the picturesque family farm isn’t going to be available, those kids are being taught that there are farm-related trades, such as welding, that would allow them to live in rural parts of the state to serve the big operations that survive.

There have long been small farmers who survive by taking town jobs while running the family farm. When available, those jobs offer a guaranteed paychecks and perhaps even health insurance. But it’s a burnout lifestyle, attractive to few.

And there are people like Eric Sannerud and Ben Boo, both of whom grew up suburbanites but always were attracted to the land. After experimenting with miniscule hop crops on a couple of acres near Ham Lake, they found a friendly banker, some investors and purchased 120 acres of land near Foley in Benton County.

This is not some flowers-in-your-hair deal. Total startup investment for their hops project has been more than $4 million, including more than $1 million for equipment used to harvest and process the plant.

Overnight, Mighty Axe Hops became the biggest hops operation in the state. (More than 90 per cent of the hops in the U.S. are grown in Oregon, Washington and Utah.) Two years in, hopes are high that this is not just an economically sustainable operation, but one in which there’s actual growth potential.

Though still learning, Sannerud, who is 26, said that the hops farm has grown about 1,500 pounds of hops per acre and the farm has contracts to sell almost all of their product not just to local breweries, but to a growing numbers of small breweries nationally.

Since the 9th Century, hops have given beer its distinctive flavor. “People are ridiculously interested in the flavors of different hops,” said Sannerud.

There are a handful of different varieties grown at the farm, and other varieties are being tested at the 3-acre site in Ham Lake.

Sannerud is living the farmer’s life fulltime, with the hops farm near Foley and a 40-acre farm near Milaca, which is 14 miles from the Foley site. At the Milaca acreage, he and his girl friend raise pigs and sell organic produce at farmer’s markets. Their work is hard but he said he’s become “used to the feeling of remoteness.”

And he also said that he and his girlfriend have been welcomed by their neighbors, mostly older generations of farmers. “They’ve only seen young people leave,” said Sannerud. “Young people moving in are seen as new butts for the pews.”

Is it even possible to become a farmer in Minnesota today?