The 2018 legislative session that begins next month will be a so-called short session, but it promises to include another strong push by rural organizations hoping to build on gains made in 2017.

Last year, the Republican-led Legislature, buoyed by GOP gains in rural areas in the 2016 election, passed some favorable legislation for Greater Minnesota, such as a bonding bill that will pay for public works projects and an increase in funding for the Local Government Aid program. This year, lawmakers will meet for just three months – Feb. 20 to May 21 – with a projected $188 million deficit (based on a November economic forecast) serving as a backdrop.

That hasn’t dampened enthusiasm for legislation that could help the rural economy – at least for organizations that represent rural interests.

“There is a concern that when you look at everything the Legislature did in 2017 – the bonding and tax bills with LGA and transportation money – there could be the temptation to enter 2018 with very low expectations,” said Bradley Peterson, the executive director of the Coalition of Greater Minnesota Cities, which represents about 90 small- and medium-sized cities across the state. “The Legislature and the governor shouldn’t rest on those accomplishments.”

At its fall conference in Alexandria, the coalition advised its members to press legislators on four key issues: the passage of another bonding bill; another increase in LGA funding; money for street repairs in small towns; and proposals to bolster child care options.

Along the same lines, the Greater Minnesota Partnership, a business-oriented group made up of chambers of commerce, rural development authorities and other agencies, released its 10 policy positions for the session, which can be found here. Those positions mirror some of the CGMC’s priorities – namely a bonding package, more money for LGA and attention to the concern over child care needs.

The partnership’s top three priorities, however, are workforce housing, child care and the Business Development Public Infrastructure program that provides grants for businesses. “Obviously, those are all tied together,” said Dan Dorman, the GMNP’s executive director.

Meanwhile, a think tank that’s been focused on issues related to the rural economy, Growth & Justice, hopes to build on a list of a dozen priorities it released during last year’s session. Besides a bonding package and child care needs, among other issues, the organization would like to see more broadband expansion and investment in a program that helps to equip workers with enhanced skills for technical jobs.

“We’ve got to be able to hold all of these issues up at the same time and understand how they all interrelate,” said Growth & Justice President Jane Leonard, who joined the organization in January.

Besides the shortness of the session and the projected deficit, this fall is election season, with the governor’s office and all 134 seats in the House of Representatives up for grabs. All of that could complicate movement on major bills. Nonetheless, rural organizations are keeping their fingers crossed.

Dane Smith, a senior fellow at Growth & Justice, put it this way: “I’m optimistic that we’ll get half a loaf.”

Here are a handful of issues related to the rural economy that will be worth watching as the session unfolds:

Another bonding bill: The Legislature passed a bonding bill worth nearly $1 billion last year and will consider another major bill in 2018. Sometimes called capital investment or public works bills, bonding bills allow the state to borrow money to pay for buildings, infrastructure repairs and other projects. Last year’s $990 million bill included money for wastewater and drinking water systems, road and bridge improvements and repairs to college and university buildings. The Coalition of Greater Minnesota Cities is hoping for a bill that would sanction as much as $1 billion in borrowing – an appeal that got a boost earlier this month when Gov. Mark Dayton proposed a $1.5 billion bonding package.  Besides paying for projects, cities can use bonding money for upgrades that deal with government regulations (to rid water supplies of mercury and phosphates, for instance). Bonding bills require a 3/5ths majority to pass in both chambers.

More LGA funding: Many small cities rely on funding from the Local Government Aid program, which helps them pay for basic services like police protection and park maintenance. The program routinely draws scrutiny, especially from wealthier cities that receive little, if any, LGA money. About 90 percent of Minnesota’s cities get some money from the program; for some smaller towns, that funding can account for half of the city budget. The current annual LGA appropriation is $534.4 million. Last year, in the tax bill that passed during a special session, the Legislature agreed to pump $15 million more into the program each year; this year, the Coalition of Greater Minnesota Cities is hoping for $30.5 million more in annual money, which would bring funding levels in line with those of 15 years ago. One growing concern for cities that rely on LGA: the bite that rising health care costs can take out of local budgets.

Money for transportation: In last year’s special session, lawmakers signed off on $300 million for road and bridge projects, but rural interests would like to see revenue dedicated specifically to transportation projects. One idea, a proposal to raise the gas tax to fund transportation needs – championed by Gov. Mark Dayton – fizzled in 2017 while Republicans, at the same time, scaled back plans to redirect funds used for other purposes toward roads and bridges. This year, the Greater Minnesota Partnership is calling for $600 million a year for 10 years for highway maintenance and expansion – including $200 million for Corridors of Commerce, a state Department of Transportation program that funds maintenance and repairs on “trunk highways” – major highways that are heavily trafficked with freight. 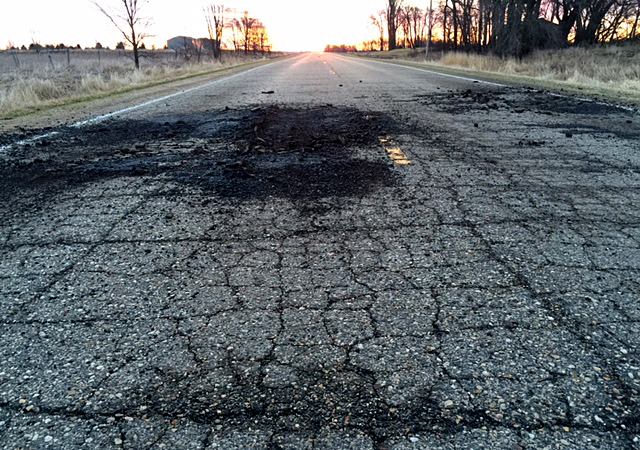 Courtesy of Freeborn County
This year, the Greater Minnesota Partnership is calling for $600 million a year for 10 years for highway maintenance and expansion.

Housing for workers: Many rural businesses that have job openings are also having trouble finding workers – in part because of a dearth of affordable housing. The Greater Minnesota Partnership is pushing for $20 million in housing grants for communities that are primed for growth. The organization wants the Legislature to “fund affordable or workforce housing programs at a level that accounts for the cost of prevailing wage regulations in housing construction” – or seek reforms to reduce those costs.

Reverse losses in child care: Increasingly, the lack of child care options in rural areas is being seen as a threat to economic growth. It was one of the most talked about issues at the Coalition of Greater Minnesota Cities annual meeting last fall, according to Peterson, the executive director. A national think tank recently found that one-fourth of Minnesotans live in so-called “child care deserts,” leaving some communities searching for ways to support more home or center-based child care options. One idea: provide funding to train potential child care operators, giving them insight into the costs and nuances of state and federal regulations. Short of specific legislation, rural interests simply hope to draw attention to the issue and perhaps generate funds to research potential remedies. 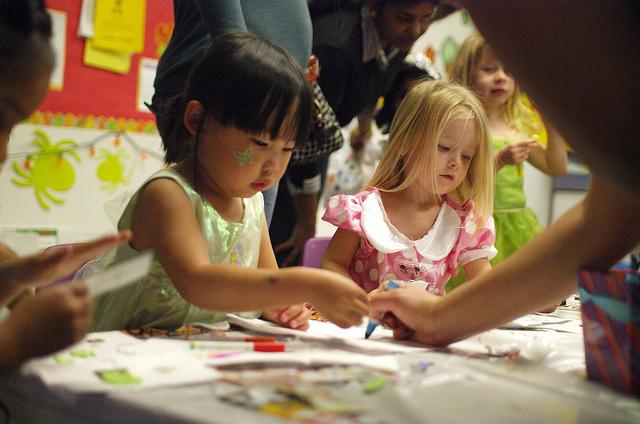 Money for city streets: While Minnesota cities with 5,000 residents or more get some money from the gas tax to fix roads, cities with fewer than 5,000 residents don’t get any of that money. To fill in the gap, lawmakers created the Small Cities Assistance Program in 2015 and set aside $12.5 million in initial funding. In last year’s transportation bill, they put another $8 million into the program for each of the next two years. Rural lawmakers are grateful for the investment but hope to make that funding permanent. The Greater Minnesota Partnership would like to see $50 million in transportation funding put into street repairs.

Broadband expansion: High-speed broadband has expanded into many remote regions, with 87 percent of Minnesotans now having access to high-speed internet, according to state estimates. But the work to connect everyone continues. Last year, the Legislature set aside $20 million for the Border to Border Broadband Development Grant Program, which provides grants to providers for the infrastructure they need to expand their reach. This year, the Greater Minnesota Partnership would like to see at least $50 million for the Border to Border program, with at least half of the money made available to areas that lack access to 2026 state speed goals — 100 megabits down, 20 megabits up.  The current federal standard is 25 megabits down, 3 megabits up. 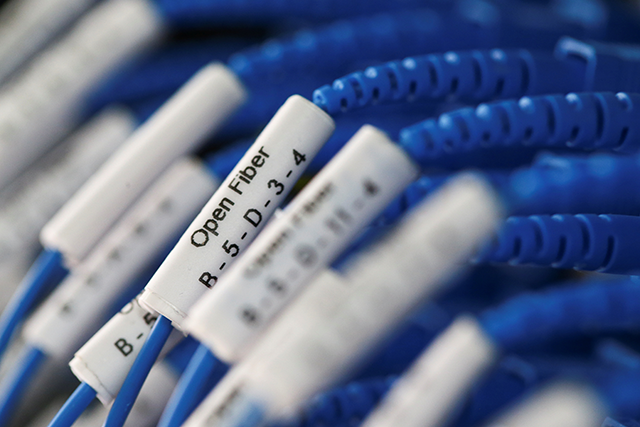 REUTERS/Alessandro Bianchi
Last year, the Legislature set aside $20 million for the Border to Border Broadband Development Grant Program, which provides grants to providers for the infrastructure they need to expand their reach.

Career Pathways grants: Growth & Justice would like to see the Legislature invest in Career Pathways project grants that provide technical training for workers who need to upgrade their skills for the modern economy. In its legislative priority list, the organization says a “workforce mismatch,” especially in rural Minnesota, has led to unfilled jobs for businesses and underemployment for many workers. The agency also notes that the underemployed are “disproportionately low-income workers and people of color who lack post-secondary credentials.” Project partners include employers, social services agencies and colleges; grants for the program help with “fast-track” credentialing programs that train workers for jobs that are in demand.