Last week, Electrolux, an appliance manufacturer that’s been building freezers in Central Minnesota for decades, announced it would close its St. Cloud plant after 2019.

For the St. Cloud area, that’s a loss of about 900 jobs, something Minnesota Sens. Amy Klobuchar and Tina Smith and Rep. Tom Emmer asked the Stockholm, Sweden-based company to think about in a letter asking it to reconsider its decision.

Nine-hundred jobs. Sounds like bad news for a metro area with a population of about 193,000. No doubt, it is.

But here’s a comfort to those newly unemployed workers: there might not be a better place to be looking for a new job in Minnesota right now.

Thanks, in large part, to development along interstates 94 and 35, Central Minnesota — the part of the state that cuts west of the western Twin Cities suburbs, out to Sauk Centre, up to Wadena and east through the Brainerd lakes area toward the Wisconsin border — is the fastest-growing region in the state.

A fast-growing economy with good jobs, relatively affordable housing and natural amenities have brought an influx of people and a boon to the regional economy, but regional leaders say this kind of expansion doesn’t come without challenges.

Growth from the metro

At a time when many Minnesota regions are growing slowly, or projected to lose population in the future, expansion is something that sets Central Minnesota apart.

Central Minnesota has grown at roughly double the rate of the state as a whole in the same timeframe, and considerably more than the rate seen in every other nonmetro region (southwestern Minnesota actually lost 4 percent population in this timeframe).

Percent change in population since 2000 by Minnesota region
Central Minnesota's population grew at a faster rate than any other region in the state between 2000 and 2016. For lists of counties contained in each region, please see “One problem with pitting Greater Minnesota vs. the metro: There’s more than one Greater Minnesota.”
Source: Minnesota State Demographic Center, compiled by Minnesota Compass

The growth isn’t spread out evenly across the Central Minnesota region — areas closest to the Twin Cities are gaining at the fastest clip. But most of the region’s counties are growing or holding steady. In Central Minnesota, only Todd County, on the western side of the region, saw its population shrink since 2000.

In St. Cloud alone, “We’ve added about 4,000 to 5,000 people in the last five years, and people look at that and say that’s very much unlike the rest of Greater Minnesota — how did that happen?” said King Banaian, the dean of the School of Public Affairs at St. Cloud State University and former state representative.

It wasn’t that long ago that driving up the Interstate 94 out of the Twin Cities toward St. Cloud, things would get pretty rural for long stretches: before new subdivisions marched into St. Michael; before the Albertville outlet mall.

These days, the whole corridor feels almost like one continuous metro area instead of the connection between two, with shopping centers and residential developments dotting the freeway exits. The same could be said of the stretch of Interstate 35 north of the cities.

It all started about 15 years ago, Banaian said, as the Twin Cities metro expanded and people looked to look to the north and west for more space and more affordable places to live. Housing went up and people moved in, growing communities like St. Michael, Monticello, North Branch and Elk River.

Elk River has changed remarkably since John Dietz was a kid — at a time when the city’s population was probably around 3,000, he said (today it’s more than 24,000).

“When I was a little kid, we always had to go someplace else to shop, there were no stores for clothing and things like that,” said Dietz, now the city’s mayor.

Dietz said Elk River saw rapid expansion in the ’90s and early 2000s, after the city extended sewer and water services to the east and western sides of the community.

“We had a flock of developers come in and start building houses,” he said. Now, many people who live in Elk River commute the 35-or-so miles to the Twin Cities for work. 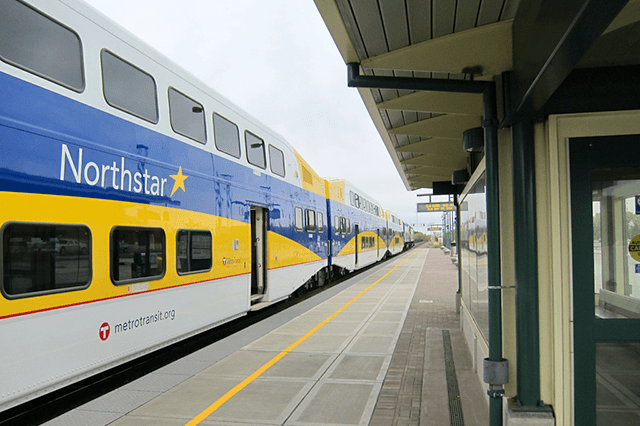 Growth slowed during the Great Recession, Banaian said, when parts of the area, particularly Sherburne and Wright counties, saw homes built on speculation that sat empty during the housing crisis.

But it picked back up again after 2010, with many of those houses sold for cheap, attracting young families to the area.

It’s not just homes, though, it’s businesses opting to locate on I-94 or I-35, too, said Jeff Wig, vice president for economic and organizational development at the Initiative Foundation, a regional community development organization.

“We’ve got a great regional medical center here and a great hospital,” said Teresa Bohnen, president of the St. Cloud Area Chamber of Commerce. “A lot of retirees, even from further north will come here and retire to be close to those medical centers.”

And it’s not just Minnesotans relocating to Central Minnesota, either. Between 2000 and 2015, the region added 11,000 foreign-born residents.

Particularly fast-paced economic growth is another characteristic that sets the region apart from the rest of the state. 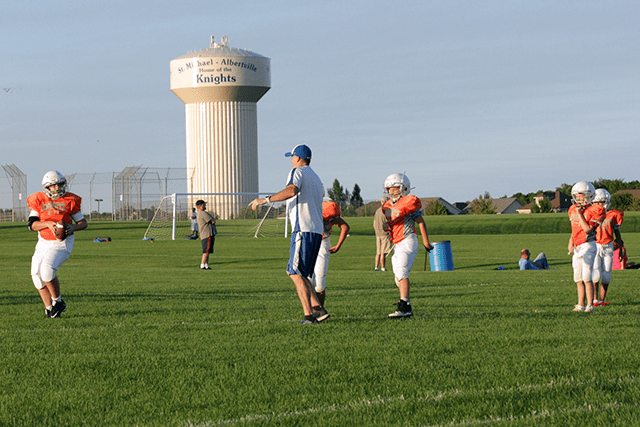 “The Central Minnesota economy is pretty diversified,” Wig said, “It’s not like you go into a town and it’s one giant Fortune 500 company.”

And St. Cloud has the 13th fastest-growing gross-domestic product, a measure of the goods and services produced frequently used as an indicator of economic health, of U.S. metro areas, Bohnen said.

With low unemployment putting a squeeze on employers to find enough workers to fill jobs, the question becomes how to best make use of all the workers in the region, Banaian said.

“We have to figure out how to bring in people who are not currently in the labor force,” he said. “That’s the issue that our businesses are dealing with on a very regular basis.”

While proximity to the metro is driving much of Central Minnesota’s growth, it’s also one of the area’s greatest challenges: it’s relatively easy for people to live in Central Minnesota communities like Wyoming, Rogers, Monticello and Elk River — even St. Cloud —  and work in the Twin Cities. This creates a sort of tug-of-war situation for those towns trying to keep their residents in the local workforce, especially as local economies expand.

With the opening of the Northstar commuter line in 2009, which runs from downtown Minneapolis, up through the Twin Cities’ northern suburbs to Big Lake, it’s now possible to commute by rail from Central Minnesota communities like Big Lake and Elk River to the Twin Cities.

For cities like North Branch — about a 45-mile commute to downtown Minneapolis on I-35 — getting people to work closer to home is also an ongoing battle; many employers are looking to hire, but 83 percent of residents commute to the Twin Cities, said Julia Gervais, the executive director of the North Branch Chamber of Commerce.

“One of the movements here is shop and buy local,” Gervais said. “That also applies to working local, finding a job that’s closer to home, because time is money.” 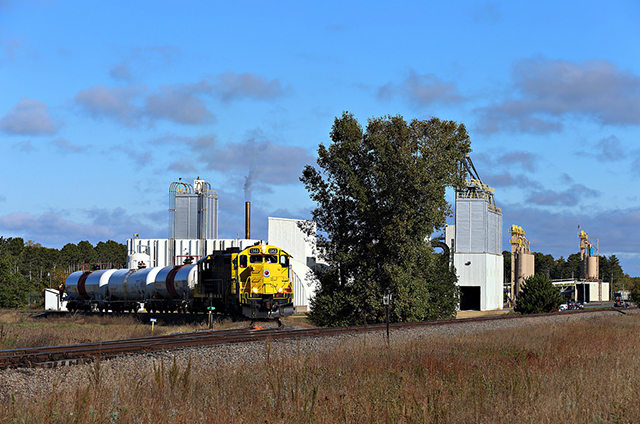 Creative Commons/Jerry Huddleston
For cities like North Branch getting people to work closer to home is also an ongoing battle.

Gervais, who moved to North Branch from Duluth recently, said convenience was a big factor in her decision to move. Between the opportunities to get outside, good schools for her 12-year-old daughter, and that the area is close enough to easily visit family in the Twin Cities — there are major pluses to living in Central Minnesota, she said.

Those amenities, among other things, are expected to draw more people to the area in the future: Growth in Central Minnesota isn’t expected to stop anytime soon, though it is projected to to be uneven across the region and slower, bringing an additional 7 percent of the region’s current population by 2050, or 51,000 more people, according to the Minnesota State Demographic Center. That’s compared to several Minnesota regions are projected to shrink in population by 2050, including the Northland, Southeast and Southwest.

“The quality of life piece is something everyone mentions, but I do think that is a factor in drawing a lot of people,” Wig said. “If they’re able to find employment in a career they would like in  a highly diversified economy … they may be more likely to move to a smaller community.”