Abe and Cally Jergenson grew up on farms in western Minnesota and hoped to continue in the family business after they got married.

For a time, they lived in a trailer home on Abe’s family farm near Glenwood, growing crops and raising Red Angus beef cattle on land they leased from as many as 10 landowners. It was farming, to be sure, but not really what the two had envisioned. So, against the prevailing cultural and economic winds, they began looking for a farm of their own to buy.

Two years later, they found a house and 80 acres for sale a few miles from the shores of Lake Minnewaska, the scenic Pope County lake that separates Glenwood and Starbuck. They bought the house and acreage in February 2014, renovated the fencing and moved in in time for that year’s calving season.

The Jergensons are well aware of the challenges that face farmers – especially a couple like them willing to basically start from scratch. But they have the support of family and helpful neighbors. “It’s kind of like trying to open a grocery store in a mature market,” Abe said of the couple’s operation. “It’s super difficult.”

The last few years have not been a great time to farm. According to University of Minnesota Extension, median farm income in Minnesota in 2017 was about $28,500 – the fifth straight year median farm income remained below $50,000. Moreover, a third of the state’s farmers lost net worth last year. After several profitable years in the early 2010s, low commodity prices have turned the tables on Minnesota’s producers.

Like many farm couples these days, the Jergensons hold other jobs. Abe works 12-hour shifts as a process operator at an ethanol plant in Benson, while Cally works a part-time sales job out of their home and takes care of their 1-year-old son, Suede.

It will likely be years before their farm is viable enough that the couple can jettison their part-time jobs and focus on the farm. But they are here for the long haul, they said – drawn by the rural lifestyle and a family connection to farming that goes back several generations on each side.

The graying of farmers

According to the National Agricultural Statistics Service, the average age of principal farm operators in Minnesota is about 57 years – up from about 49 years two decades ago. That reflects, in part, the trend of farm owners working later in life, with their children slowly buying into the operation, said Jim Ostlie of the Minnesota Department of Agriculture. Young people are reluctant to jump in.

Ostlie is a livestock development specialist and the coordinator of Minnesota FarmLink, a three-year-old state program designed, in part, to connect farmers who want to sell their land with buyers. He said the main barriers for young farmers are access to land and credit – with the cost of machinery and equipment not far behind. 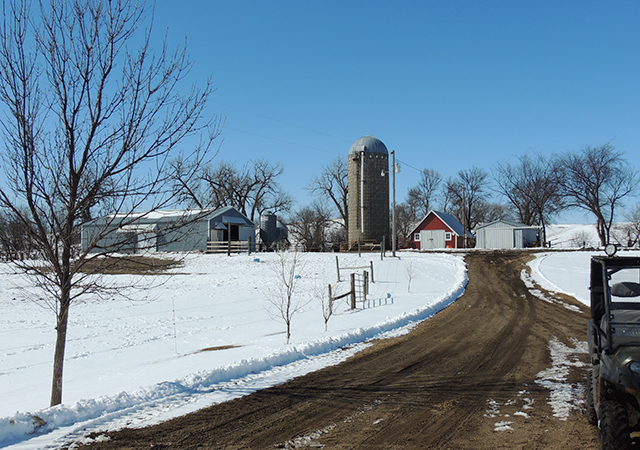 MinnPost photo by Gregg Aamot
The Jergenson farm sits on 80 acres a few miles from the shores of Lake Minnewaska, the Pope County lake that separates Glenwood and Starbuck.

Land can be hard to find. As the Jergensons discovered when they were looking for a farm, many landowners prefer to sell their acreage and keep their house – or vice versa. The Jergensons were looking for both. (Agricultural land in Minnesota is currently selling for about $4,600 an acre, though that figure varies widely, depending on the productivity of the land).

Finding credit, meanwhile, can be especially difficult when farmers aren’t making much money off of their crops or livestock. The Jergensons bought their farm with the help of a low-interest Farm Service Agency loan that required just a 5 percent down payment; without that, they wouldn’t have been able to make the purchase, they said.

“There is definitely a next generation out there that desires to farm and is willing to put in the work that goes into it,” Ostlie said. “But securing the funding is so difficult and the costs have increased so much that it’s virtually impossible to start from scratch without any assistance.”

Just 6 percent of principal farm operators in Minnesota are under the age of 35, according to the most recent census data compiled by the statistics service.

In an effort to spur more land sales to young farmers, the 2017 Legislature passed the Beginning Farmer Tax Credit. The law, which took effect in January, provides tax credits for people who lease or sell farmland or farm assets to beginning farmers.

Ostlie said he is seeing interest in the program but that it’s too early to tell whether its impact will be significant.

The state has some other programs to help young producers, as well. The Beginning Farmer Loan Program, for instance, offers loans and training opportunities. Agricultural Growth, Research and Innovation Program grants include scholarships to help beginning farmers with management skills. 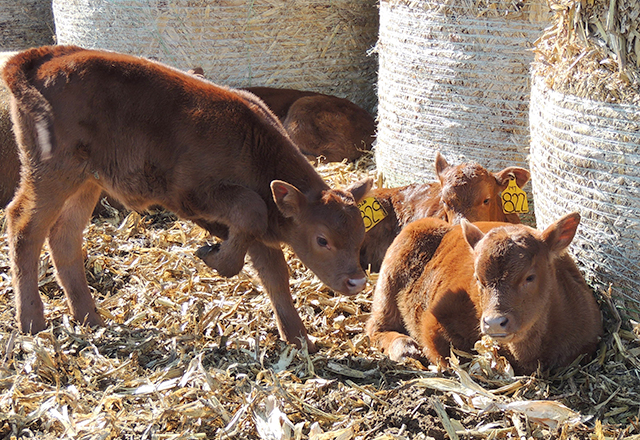 Meanwhile, in 2015, the state Department of Agriculture launched Minnesota FarmLink in the hopes of connecting beginning farmers with landowners who are looking to sell and move off the farm. The program includes a website for postings of land or job opportunities, along with information for farmers who are looking to sell their farms to another family if no heirs want to run the business.

For years before the launching of the site, Ostlie said he often fielded calls from people who were “on the beginning side” of farming or thinking about returning, as well as producers who wanted to get out of farming while making sure their land stayed in production.

Noah Hultgren lives and works at the same farm site he grew up on a few miles west of Willmar in Kandiyohi County. Hultgren is the agronomy manager of Hultgren Farms, while his brother, Nate, acts as chief executive. Their father, Duane, is the ranch manager.

Just 38, Noah Hultgren has already served a term as president of the Minnesota Corn Growers Association – a platform that helped him reach out to young farmers.

Hultgren Farms is a fourth-generation operation, but he can understand the Jergensons’ position, noting that he also took out an FSA loan to buy some land after he decided to join the family farm. He called land “a hot commodity’’ and noted that some of the owners of land his family leases signed agreements with his grandfather decades ago. “I know from talking to some other young producers that the availability of land is never an easy thing,” he said.

Hultgren had time to talk one recent morning because planting season had been pushed back several weeks by this year’s cold and snowy April – just the latest example of how weather can also vex farmers. In March, U.S. Rep. Collin Peterson, the veteran Democrat who serves on the House Committee on Agriculture, visited the Hultgren farm, discussing agricultural policy with about a dozen local farmers. 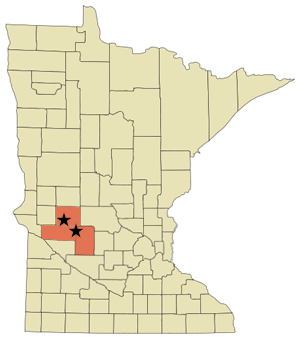 “There were definitely some good times in farming between 2009 and 2013 – probably some of the best years that farmers have ever had,” Hultgren said, “but I don’t think anybody thought that was going to be the norm.”

Hultgren doesn’t see the agricultural economy struggling the way it did in the 1980s, when interest rates were high and many farmers went bankrupt. Even so, he said, “We’re probably not that far off from some of those real lows, those real struggles.”

And when those lows hit, he said, the small Minnesota communities built around agriculture are bound to feel it – in the retail outlets, the implement dealers, the car dealerships.

At the Jergenson farm, which sits just west of Highway 29 between Starbuck and Benson, 60 cows grazed on 80 acres of rolling pastureland. The couple rents another 100 acres that they use intermittently for pasture. They also rent 50 acres to grow corn for their cattle and another 40 acres to grow alfalfa.

After graduating from Minnewaska High School in Glenwood, Abe studied farm management in college while Cally, who attended Hancock High School, studied equine science and, later, marketing and sales in college. They always knew they wanted to farm, but buying into either family business was years away, so they struck out on their own.

On a windy, 16-degree April afternoon, the Jergensons were tired. Abe had just woken up after working the graveyard shift at the Chippewa Valley Ethanol Company and Cally had, finally, coaxed Suede into an afternoon nap. But it was soon time to check the cattle.

A short walk from the house, Abe opened an iron gate and drove his four-wheeler onto a muddy pasture where cows were huddling near hay bales. He was looking for a newborn calf – concerned about its welfare on such an unseasonably cold day. He found the calf, dried it off and placed it near a hay bale windbreak. Then he spotted a cow roaming outside the fence that keeps his cattle penned in the pasture. “What are you doing out here!” he said before running it down and steering it inside the fence. 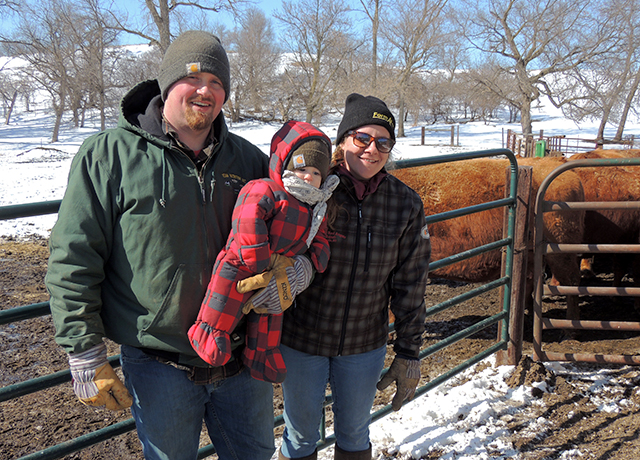 Soon, Cally and Suede (up from his nap) joined Abe outside. The couple checks on the herd five times a day, though Cally often brings Suede along – one of the things that makes cattle-raising a more “family friendly” kind of farming, in her view.

Despite the challenges and uncertainty ahead, the Jergensons are hopeful. Their families are nearby. They can think of high school friends who resisted the natural move, for so many young people, to a large city and remained in farming. So there is a kind of solidarity in that.

“It’s not that fun when everyone else is out on a boat on a beautiful day, and you’re cutting hay,” Abe said with a laugh.

“It’s in our blood – that about sums it up!” Cally said. “Otherwise, we wouldn’t be doing it.”