The Master’s Coffee Shop in Olivia is a standard gathering place for the business owners, teachers and retirees who live in this small Renville County town. On a late morning in April, a half-dozen people sat around tables drinking coffee while the staff readied the day’s lunch special: a grilled Reuben sandwich and potato salad.

Carlotta and John Eischens have owned the business for 17 years. Next door — literally, through a side door inside the coffee shop — the couple run the Christian Community Outreach Center, where people can come if they are hungry or looking for a place to live. “It’s our ministry,” Carlotta said.

That dual vocation also provides the Eischens with a unique vantage point — a way to keep their finger on the pulse of this town of 2,500, one that shares all of the struggles of small-town Minnesota life. “We just lost two mom-and-pop drug stores in the past year — and we’re the county seat!” Carlotta said. (Thrifty White Pharmacy bought the stores, Page Snyder Drug and Olivia Drug, and opened a store in early 2018 along Highway 212 in Olivia.)

She added: “If we’re struggling, what does that tell you about (the smaller nearby towns of) Danube or Renville or people who are living off the beaten path?”

As Eischens talked to MinnPost in the coffee shop, two Minnesota think tanks — Growth & Justice and OneMN.org — were in the outreach center on the other side of that door, introducing the Minnesota Equity Blueprint, an ambitious set of policy ideas that the groups hope will address some overlapping problems in rural and urban areas. (The Master’s Coffee Shop hosts many events, and Eischens had kicked things off with some words of welcome and some thoughts on the work of the Christian center.)

The organizations built the blueprint around a year’s worth of conversations with people in various regions of the state. It’s a five-part guide for policymakers, business leaders and others who are interested in figuring out ways to help as Minnesota changes — especially (though not exclusively) as that change relates to economic upheaval in rural areas and inequality in urban cores.

The Olivia event kicked off the first “chapter” of the blueprint, a section focused on “human capital” — the idea that communities can thrive if their residents have what they need to live meaningful lives: jobs that pay enough, the confidence to take part in civic life, access to quality health care, a good education. The groups plan to roll out the remaining chapters of the blueprint over the next several months, hoping to get the entire report into the hands of small-town mayors, state lawmakers, business owners and others.

The Minnesota Equity Blueprint found its genesis last summer at a weekend gathering in Granite Falls, a Minnesota River town of about 2,900 people in Chippewa and Yellow Medicine counties. Growth & Justice and OneMN.org sponsored the conference — calling it “Thriving by Design: Rural and Urban Together” — and held a similar workshop later in the year in Hinckley, in eastern Minnesota’s Pine County. The groups also held 15 smaller gatherings in both small towns and cities across the state. Jane Leonard, the president of Growth & Justice, said the ideas in the blueprint began to germinate at that Granite Falls event, which was hosted by the Upper Sioux Community and included a presentation by state demographer Susan Brower. 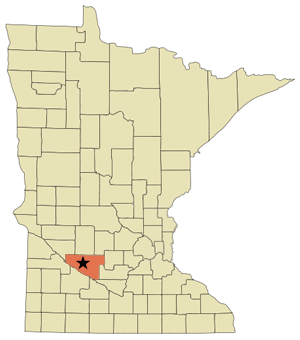 “That (conference) really started the brainstorming and the effort to bring rural and urban areas together,” Leonard said. “It actually kind of built the framework of what you are seeing now in the blueprint.”

Earlier this year, in a prepared statement that introduced the blueprint, Growth & Justice and OneMN.org said its key themes were “a persistent concern and focus on rural and urban interdependence, a high priority on racial equity and other aspects of social justice, and a stronger integration of climate action with equity in all aspects of policy-making.”

Specifically, the 37-page “human capital” chapter includes four sections, titled Economic Security, Peaceful Communities, Educational Attainment, and Healthy People and Communities. Each section contains “challenges” (such as persistent poverty among ethnic minorities), as well as recommendations for addressing those challenges (such as incentives for businesses to hire people who are living in poverty).

The think tanks gave a name to all of the people and organizations that contributed to the equity blueprint: the Thriving by Design Network.

That network hasn’t written any bills or asked any lawmakers to introduce specific legislation. (“No, we don’t have an omnibus bill!” joked Dane Smith, president emeritus of Growth & Justice and a former state Capitol reporter for the Star Tribune.) Even so, some of its ideas have worked their way into the 2019 legislative session, including a proposal for funding that would help small grocers pay for upgrades and equipment — one potential way to ensure that people, especially those in remote or poorer areas of the state, have access to healthy food.

Growth & Justice was founded in 2002 by Joel Kramer, a former editor and publisher of the Star Tribune (and, later, in 2007, co-founder of MinnPost). The idea was to find some answers to what was perceived to be widening inequality in the state — especially between its rural areas and its wealthier outer-ring suburbs and cities. Growth & Justice is politically ecumenical, offering ideas that tout both the need for business growth and the importance of government initiatives, though it uses some of the buzzwords of progressives, especially “equity.”

OneMN.org, meanwhile, emerged two decades ago during the administration of former Gov. Jesse Ventura. It, too, considers itself to be nonpartisan and was built around the principles of equity and inclusiveness, with an emphasis on Twin Cities urban areas.

The two groups got together after Leonard, the Growth & Justice head, read OneMN.org’s website and saw an overlap in the groups’ missions: improving the condition of ethnic minorities and other marginalized groups. “That’s been our message from the beginning – that we are all in this together,” she told MinnPost. OneMN.org’s critique of socio-economic disparities, she added, “was one of the things that also drove some of our thinking.”

Brett Buckner, the managing director of OneMN.org, said he welcomed Leonard’s invitation to work together — though with a caveat. As he recalled, he told her, “We’d love to roll with you, but if you don’t mind, I think we need to have a deeper conversation” about equity and racial disparities. Asked to elaborate, Buckner told MinnPost: “Yes, some people in rural areas don’t have broadband, but we have civil rights issues (in the urban core).”

He added: “We have to acknowledge that people of color have been here since the first day of Minnesota. Unfortunately, we have people who feel like they are being left out of the conversation.”

At the event in Olivia, Leonard and Buckner each spoke about the blueprint, sharing anecdotes from the statewide meetings and highlighting the “human capital” chapter. About 40 people sat in the audience. Buckner summarized the joining of his group’s work on urban issues with Growth & Justice’s focus on Greater Minnesota this way: “It was like a jazz band — we just started riffing.”

In 2002, the Star Tribune published a series of articles on Olivia and its challenges in the 21st century. In it, reporter Chuck Haga described the small town, sometimes called the “Corn Capital of the World,” as a community persevering through difficult economic times and adjusting to changing demographics. Smith never forgot that series and visited Olivia 15 years later, along with Chuck Brown, a policy fellow for Growth & Justice, to have a look. In a commentary the two wrote after their return visit, they said they found “resilience and optimism still flourishing” in the town, rattling off some positive developments — better corn prices, a new public hospital, innovative research at local seed companies — along with some drawbacks, such as educational disparities related to race, lower incomes than those in the Twin Cities, the lack of amenities in arts and culture.

At the rollout in Olivia, several people involved in local economic development spoke about their work, including Susie Lang, who runs the Oliva Main Street Program, and J. Pablo Obregon, a community engagement officer for the Southwest Initiative Foundation.

Policy ideas aside, the spirit of the equity blueprint was probably best summed up by Smith when he told the group: “We know people do better when they aren’t just trying to survive.”

That message resonated with Donn Winckler, the executive director of the Mid-Minnesota Development Commission, one of about a dozen such commissions created decades ago by the state Legislature to provide regional leadership on economic issues. Winckler drove to the event from his agency’s headquarters in Willmar, about 25 miles away. He said some towns in the region are losing population while, at the same time, thriving employers are looking for workers. That made him especially interested in the morning’s theme.

“We really do need to make sure that everyone counts — to lift everyone up so that they can reach their potential,” he said.

For all the talk of an urban-rural divide, Minnesota’s small towns and big cities face a lot of the same challenges