To earn a teaching license in most states, candidates must pass a handful of exams — largely multiple-choice — that test basic skills and knowledge of specific subjects. Some states also include tests that focus on teaching strategies. One state, Montana, requires no tests at all, just graduation from a teaching program.

This pathway to the classroom has long been called into question. Now, 25 states — including Minnesota — are preparing to test a brand-new assessment that will judge teachers-to-be on how they work with real students. As policymakers and reformers across the country push to make America’s teaching force more effective, developers of the so-called Teacher Performance Assessment hope it will provide a much-needed overhaul to the process of certifying who’s ready to take charge of a classroom. 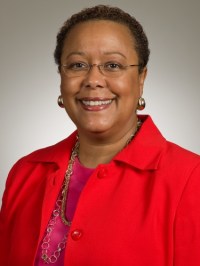 “The testing technology that is widely used today just can’t get at what is really the fundamental question of: ‘Can the person actually teach?’ ” said Sharon Robinson, president of the American Association of Colleges for Teacher Education, which is working with Pearson Education to design and analyze the new assessment. “We can give a number of different tests about what they know.” But, she said, the ambition now “is to get an assessment that can actually document the candidate’s ability to teach.”

This spring, more than 10,000 teachers-in-training across 25 states, including Wisconsin, Ohio and Minnesota, are participating in a field-test of the Teacher Performance Assessment. Candidates will be followed through a classroom lesson over the course of a few days, complete with detailed pre-lesson plans from teacher candidates, in-class video, and post-lesson reflection.

Aspiring teachers will be graded on a scale of 1 to 5 by national reviewers, who will look for evidence of student learning. Developers of the assessment recommend making the lowest passing score a 3, but states will be free to set their own passing mark.

Voluntary in most places

Right now, participation in the field-test is voluntary in most places, although some colleges and universities are using it as a requirement for program completion. Minnesota and Washington state will mandate the assessment starting in 2013, and New York will use it for certification beginning on May 1, 2014. Other states are deciding whether to use it as part of training programs or as a certification test.

(The laws concerning Minnesota’s basic skills exam for teachers have changed in each of the last two years. The legislation will not change the state’s adoption of the new assessment discussed in this story.)

The new assessment method draws heavily on the work of Ray Pecheone, director of the Stanford Center for Assessment, Learning, and Equity and an expert on teacher licensure. Pecheone’s work across the country in evaluating already-certified teachers has been “streamlined,” he said, in the new effort. In his original model, teachers had to document two weeks of work and videotape themselves for an hour in the classroom. The new assessment looks at three to five days’ worth of work and requires just 10 to 15 minutes of video.

Much of the new assessment centers on written lesson plans and reflections from the teachers, something Robinson thinks gives it an edge.

“These candidates have to be able to write, to communicate in clear terms their ideas, their intentions,” Robinson said. “This is a much more powerful demonstration of literacy skills than any multiple-choice test will be.”

Traditional certification exams have been criticized for their format and cost, as well as for how easy they are to pass. There’s scant research to suggest that current tests are useful in screening for effective teachers. In many states, students take all or part of the test before even enrolling in teacher preparation programs.

“There’s pretty widespread dissatisfaction with the current state of tests,” said Sandi Jacobs, vice president of the National Council on Teacher Quality (NCTQ), a nonprofit that advocates for reforms to the teaching profession. “There are two categories — content tests and pedagogy tests. The general feeling is that on neither side do they tend to be very rigorous.”

The push for a new assessment is part of a bigger effort in recent years to increase the number of effective teachers. Advocates like the NCTQ and education officials, including Secretary of Education Arne Duncan, have been clamoring for stronger teacher training programs, seeking improvements in who is accepted, how difficult courses are and how many people pass certification exams. Although the Obama administration isn’t involved in the development of the Teacher Performance Assessment, Duncan has criticized teacher certification tests in the past, saying they aren’t meaningful or useful.

Cut-scores, or the scores required to pass these tests, are often set well below averages, leading to extraordinarily high pass rates. A 2010 analysis by the NCTQ found that nearly all states set the bar so low that even teacher candidates who scored in the 16th percentile would receive their certification.

Pearson executives, however, said they believed the new assessment could supplement current exams, rather than supplant them. Pearson’s North American Education division, whose operating profits last year exceeded $760 million, is the company’s largest, and it stands to gain if the old exams aren’t replaced. It now supplies 17 states with customized tests for teacher certification.

“There are some things that can be measured with paper-and-pencil tests and computer- administered tests,” said Bill Gorth, president of Pearson’s evaluation systems group. “I’m not convinced that one type of assessment is the right way of doing it. None of them handle all of the different dimensions a teacher brings to the job.”

Amee Adkins, an associate dean in the College of Education at Illinois State University, said she has heard criticism that a college was teaching to the test if it changed the training program’s focus based on the assessment. But she dismisses the critique. “If it’s a good test, absolutely you want to teach to it,” she said.

How hard will it be to pass the new assessment? Pecheone expects to see a failure rate of between 10 and 20 percent during field-testing, which he thinks will eventually level off below 10 percent.

Jacobs cautioned states not to sign on to the new assessment until there’s evidence the test is not so easy that anyone can pass it. She cited performance assessment programs in Ohio and Arkansas that have near-perfect passing rates. “What’s the point of putting millions of dollars into something that 99 percent of the people pass?” she asked.

The story was produced by The Hechinger Report, a nonprofit, nonpartisan education-news outlet based at Teachers College, Columbia University.

Correction: This story contains a correction on Ray Pecheone’s affiliation and job title.

Minnesota, 24 other states to test new assessments of teachers-to-be