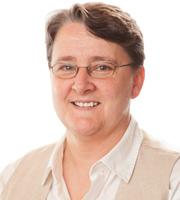 If St. Paul Public Schools officials and board members weren’t hearing community concerns about the state of the city’s schools before, they’re certainly hearing them now.

At a nine-hour DFL endorsing convention on Sunday, three St. Paul Board of Education incumbents — including chair Mary Doran — were unceremoniously dumped in favor of a slate of four candidates supported by a group called Caucus for Change, an organization made up of members of the St. Paul Federation of Teachers, parents and others members of the community. All three incumbents had received the DFL’s endorsement prior to the 2012 election, and all three said they would not run in November without the DFL stamp of approval.

Though the endorsement fight may have surprised casual observers, the result was less a flash of anger than the culmination of simmering concerns — worries have been growing in the last two years from a wide swath of the city, said Joe Nathan, the director of the Center for School Change.

“What you saw is a grass-roots revolution” that represented the concerns of “thousands” of people in St. Paul, he said, who either participated in caucuses leading up to the convention or “voted with their feet” by pulling their children from district schools in the last four years.

‘The basics can’t be forgotten’

The endorsement foment revolved around some big issues in St. Paul’s public schools: safety, the achievement gap between white students and those of color; the mainstreaming of special- needs children and non-English speaking students.

The district, the board and political heavyweights such as St. Paul Mayor Chris Coleman have said that the district is moving in the right direction to solve these problems. The process of change, they have argued, can be uncomfortable, even “messy,” but the district should stay the course.

This kind of talk tends to drive some to distraction, of course, since implied in the “right direction” argument is the notion that anyone who opposes the board is opposed to those efforts, including the district’s efforts around equity and the achievement gap.

That’s not the case, say Nathan and others. Almost everyone attending the convention — including the new slate of board candidates and the teachers union — say they support the district’s equity goals. At the same time, said Nathan, “the basics can’t be forgotten. The most basic thing our schools must offer is the safety of the children. A significant number of families are saying their children do not feel safe in the schools. They don’t feel safe even going to the bathroom.”

The seven-member board of education and Superintendent Valeria Silva, critics say, have not been listening to the fundamental concerns, a charge denied by Silva and the current board members.

It was actually a handful of major policy shifts made two years ago that set the stage for what happened Sunday. In 2013, sixth-graders were moved into middle school with seventh- and eighth-graders, while special-needs students with “behavioral issues” were mainstreamed into everyday classrooms.

At the same time, discipline policies were substantially changed. School suspensions were replaced by five-minute “timeouts” for those acting up in classrooms. The disciplinary changes came out of meetings with an organization called Pacific Education Group, a San Francisco-based operation that has been consulting with the district dating back to 2010. 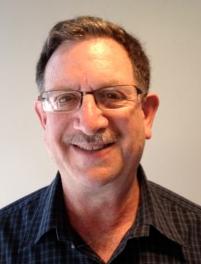 PEG’s goal is to convene conversations about difficult issues surrounding race. It has collected more than $1 million for its work with the district, but Nathan points out that much of that work has only created more frustration in St. Paul. At one point, the organization set up meetings to discuss “white privilege” with teachers and parents. “OK, white privilege,” Nathan said. “Now that we’ve acknowledged there’s such a thing, what should we do about it? What’s the response? Help us here. But there was no response.”

In the wake of the dramatic changes in discipline and mainstreaming, Silva admitted that perhaps so much should not have been done so quickly. The admission, however, came long after large numbers of parents and teachers said that the changes had fundamentally changed the culture of St. Paul schools and, in many cases, made teaching and learning extremely difficult.

By that point, things had moved passed “messy.” Nowhere more so than at Ramsey Middle School, where the five-minute timeouts were not working in an environment of fighting, swearing and general disrespect. This past fall, nine teachers quit their jobs.

Parents with children in St. Paul schools went to board of ed meetings, but felt they weren’t being heard.

“You’d go and you felt like no one was listening,” said Zuki Ellis, who has one child currently in St. Paul schools and two older children who graduated from the district. “You’d ask, ‘What happened to support staff?’ and there’d be no answer.”

So Ellis decided to run for the board. “I’m not naive,” she said. “I’m not under the impression that I understand all the pieces that make the district run. But I can learn and I can understand what things look like from a child’s perspective and from a teacher’s perspective. I also know that talk is easy. I don’t want to go to one more meeting where nothing is accomplished.”

At the outset of the St. Paul DFL convention Sunday, there were 10 challengers running against the incumbents for the party’s endorsement. Given the large number of challengers, most political experts believed that the incumbent board members would have an advantage. 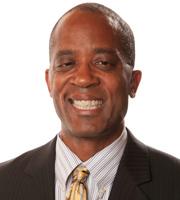 In fact, the biggest tussle Sunday wasn’t over dumping the incumbents, but over deciding which of the 10 challengers should replace them. Ultimately, Ellis, Steve Marchese, Jon Schumacher and Mary Vanderwert prevailed. Of that group, only Ellis, who is African-American, represents the city’s minority community.

The lack of diversity on the slate was noticed, and a disappointment to many, including Roy Magnuson, a longtime Como High School teacher who leads the political arm of the St. Paul Federation of Teachers.

“Identity politics is important,” Magnuson said. “But in this case, we have elected four competent people.” He added that he hopes that such candidates as Rafael Espinosa and Pa Chua Vang, who finished fifth and sixth in Sunday’s voting, will be back to seek endorsement in two years for the when the remaining current board members are up for re-election.

In a statement, Silva said she is committed to working with whoever is on the board.  “As Superintendent of the St. Paul Public Schools, I have worked closely with the existing board and community to prepare our students for graduation and beyond. My hope is that regardless of who is elected to serve on the board, they focus on the students and what is best for them. Our data tells us which students we serve well and which ones we do not.”

“This work, for me, has always been about the students and I am committed to serving Saint Paul Public School students in a way that is equitable to all,” her statement continued. “We, the teachers and staff of SPPS, are committed to providing a premier education for all students.”

Magnuson was emphatic that many of the people participating in the caucus and endorsing process want desperately for city schools to work. “These are people who want to live in the city and who want to send their kids to public schools because they believe in public education,” he said. “But they won’t sacrifice their kids’ education to do that.”

Board should not have been surprised

Ironically, the coalition that led the upheaval was established in 2012 — by the district. At that time, the superintendent’s office, the board, teachers and parents all worked closely together to campaign in support of passing a school levy increase in the city. That coalition was hugely successful, the levy increase passing with more than 60 per cent of the vote in the city. Connections made between teachers and parents remained intact, even after contract negotiations led to a disconnect between teachers and school management. 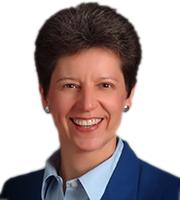 What seemed certain is that no board member or district official should be particularly surprised by what happened Sunday. At a board meeting last April, board member John Brodrick irritated his colleagues by saying there appeared to be two “narratives” about the state of the St. Paul school district. One of the narratives, that of the SPPS administration, was highly optimistic, he said. The other was coming from parents, teachers, people in coffee shops, and that narrative was much more grim.

“They can’t both be right,” Brodrick told his colleagues.

At the time, the other board members disagreed with his comments.

Why the DFL blew up the St. Paul Board of Education