In July of 2011, the University of Minnesota needed a new chief information officer. School officials also knew they needed help finding one.

At an institution as large as the U of M, with five campuses across the state, the CIO is a vital position. The job carries the title of vice president, manages nearly 400 employees and oversees a $70 million departmental budget. So the school turned to a firm that specializes in higher-education leadership hires: Storbeck Pimentel & Associates Inc., a search firm based in Monterey Park, California.

The firm spent six months traveling across the country and vetting a handful of possible hires before they settled on Scott Studham, who had been serving as CIO at the University of Tennessee for the previous two years. Based on the search firm’s vetting, the U of M hired Studham in February of 2012, and the firm collected $109,600 in fees, according to contract documents obtained from the school.

But just three years later, U of M President Eric Kaler asked Studham to resign because of his relationship with his peers and the “culture” in his department.

As it turned out, the behavior that led Kaler to ask the CIO to step down wasn’t anomalous. Studham had similar problems within his departments at two previous jobs in Tennessee, including complaints of nepotism, inappropriate comments and a general feeling of fear among those he oversaw, according to public records obtained by MinnPost. 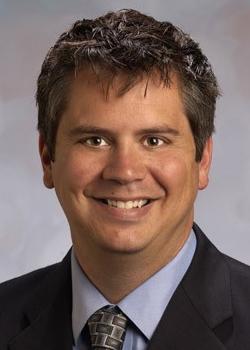 But Storbeck Pimentel & Associates never found this, even though many of the records are public and were available by request.

“It’s striking the lack of vetting that happens sometimes, in particular in higher [education] roles,” said Rick Underberg, who works for Abeln, Magy, Underberg & Associates, a management search and consulting firm based in Wayzata. “I don’t think you can uncover everything, but there’s a lot of vetting that can and probably should be done in some of these roles.”

Yet Studham wasn’t the only high-profile U administrator to resign recently. In August, Athletics Director Norwood Teague also quit amid allegations that he sexually harassed two university employees. It was later revealed that Teague was the subject of a gender discrimination complaint at his previous job at Virginia Commonwealth University while being recruited to join the U. VCU later settled the complaint for $125,000. Like Studham, Teague was found by a search firm, one that also cost the U more than $100,000.

In the wake of two resignations, which raised some obvious questions about the hiring process for high-level employees at the U and other large public institutions, MinnPost interviewed nearly a dozen search firms and consultants, asking them to break down what search firms actually do: how they operate, whom they talk to — and why risky candidates for high-level positions sometimes pass the vetting process:

What is a search firm?
At the most basic level, search firms are hired to expedite the time-consuming task of finding the best candidates for a job. While they are used in all kinds of professions, they are often retained by public institutions to seek out and recruit executive, senior or other highly specialized positions.

Ideally, such firms help universities cast a wide net and identify a diverse pool of candidates; they also help keep the process anonymous, which can be important when applicants hold high-level jobs elsewhere. The firms also free university officials from the traveling and vetting required for an executive hire, and provide expertise a school may not have in-house.

Universities will usually initiate contact with a firm that specializes in the area they are looking for. Some firms specialize in hiring high-level athletics officials or coaches, for example, while others work on leadership positions within the administration.

So how do they go about their searches?
In the case of Studham, Storbeck Pimentel & Associates traveled to the U to meet with leaders and develop a vision for the position. They helped draft a job description and posted the position on various higher-education job sites. Based on their expertise in executive searches, the firm then narrowed down the list of candidates and presented candidates to the U. The U covered the firm’s expenses over six months, which included everything from airfare, hotels and transportation to photocopies and lunches.

During the vetting process for finalists, firms interview both listed references and people who weren’t recommended by the candidate but who worked with them in some capacity. Alberto Pimentel, who managed the contract to find Studham, said they ask references if there’s ever been any complaints or ethical breaches involving the candidate several different times during an interview. Studham traveled to the U three times in the winter of 2011 to meet top-level U officials and participate in a public forum on campus before he was hired. Some firms even help the final candidate get established at their new job, depending on the contract.

Do universities help with the search?
Oftentimes, yes. Sometimes the school already has a few candidates in mind, but asks the firm to bring more options to the table. Search firms also often work alongside a search committee established on campus. Committees are usually made up of faculty and staff from various departments who help shape big-picture goals for the job and develop a posting for the position. In the case of Studham, a 15-member committee was set up to assist in the search, led by the U’s vice president for human resources, Kathryn Brown, and Stephen Lehmkuhle, chancellor of the University of Minnesota Rochester.

How long does a high-level search take?
Typical searches for high-level positions can take anywhere from 90 days to six months. As is standard with most search firms, Studham’s contract stipulated that if the hire didn’t work out within a year, the firm would start its search over. Sometimes firms recommend a candidate who isn’t ultimately selected by the organization.

So where do things go wrong?
The process isn’t scientific, and interviewing references is a process that relies on honesty from individuals. Some people are reluctant to tell the truth about an employee, Pimentel said. 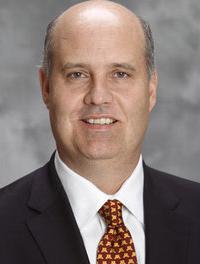 “Frankly, it depends on whoever answers that phone,” he said. “We usually call the human resources departments to figure out if there’s anything we need to know. A lot of the time they say, ‘We can confirm the individual works here, we can confirm their title, and with permission, we can confirm their compensation.’ But anything to do with personnel issues, they are very reluctant to say anything. The likelihood is slim to none. After the fact, sure. The person at that point is no longer interviewing for a job.”

“It is difficult to get a 100 percent accurate read on an individual,” Pimentel added. “It’s tough, so when I see other firms having some challenges, I can understand. These are not absolutes; I wish they were.”

What about background checks?
While most firms do standard criminal background and credit checks, many don’t request internal documents from universities. Twin Cities employment lawyer Marshall Tanick said search firms often ask job candidates to sign a waiver to release their personnel files. If the candidate doesn’t agree, the firm can go directly to the institution. Disclosure laws vary from state-to-state, but many public institutions must release emails and internal documents related to a high-level official. They must also acknowledge if a complaint has been filed against someone and the status of the complaint. If there was disciplinary action, that must be disclosed as well.

“Some of the searches, regrettably, are superficial,” Tanick added. “They can be as intense as the search firm, or even the client, wants them to be.”

Underberg, who has been a search consultant for nearly 20 years, said some search firms or universities hire outside companies that specialize in verifications and background checks to take care of that part of a hire. A public record request, he added, is an additional step that only some firms pursue.

Even in the age of the Internet, Underberg is surprised how often people falsify even small parts of their résumé. Up to 15 percent of people he vets lie about where they went to school. “There are still some surprises that happen out there,” he said. “And for some reason it’s endemic to higher education.”

Is this problem isolated to the U of M?
Not at all. In 2007, Marilee Jones, dean of admissions at the Massachusetts Institute of Technology, resigned after the school learned she lied and falsified multiple degrees on her résumé when she first came to the school in an entry level position 28 years earlier. As she rose through the ranks, Jones continued the lie, and no one at MIT ever checked her background when she applied for the dean position. MIT officials later learned she did not even have an undergraduate degree.

In 2003, Rutgers University officials learned that President Richard McCormick left his previous job at the University of Washington after officials there learned he he’d had an affair with a staff member. It raised questions about the search process for McCormick, which was led by an outside search firm. But University of Washington Board of Regents President Gerald Grinstein, who urged McCormick to take the Rutgers job, told the Associated Press that he did not think it was appropriate to tell his future employer about rumors of the affair.

Is the U going to change its vetting process?
The U needs to fill both Studham and Teague’s positions, as well as that of a new head football coach, after Jerry Kill’s sudden retirement Wednesday for health reasons. Officials said they are still talking about the process they’ll take to replace Kill.

“The search for any senior leader at a major university demands a thorough and inclusive process,” U of M spokesman Evan Lapiska said in a statement. “It also demands confidentiality and privacy, as leading candidates are typically employed elsewhere during the process. To meet these demands, it is common for universities to bring in outside firms to work alongside members of the University and the surrounding community throughout this process.

“As we announced in August, the University retained independent, external legal counsel to conduct a review and address key issues following the resignation of the former Gopher Athletics Director, including a closer look at the vetting of candidates during the hiring process. The external review is currently underway.”

U of M cases prompt the question: How do search firms vet high-level job candidates?