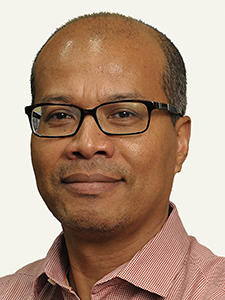 Tuesday evening’s Minneapolis Public Schools board meeting began with a moment of recognition for Interim Superintendent Michael Goar, who unexpectedly withdrew his name from the candidate pool on Saturday.

“I want to acknowledge your dedicated service to our children and our district,” Board Chair Jenny Arneson said, further commending Goar for his dignity and letting him know he’d earned the board’s respect.

Her comments prompted a round of applause for Goar, who will continue to serve in an interim capacity until the board selects a new superintendent.

“I think you should be careful. …With all these praises, I may change my mind,” Goar said, diffusing any lingering tensions around the difficult decision he’d recently made.

In his written announcement, Goar had cited the growing rifts among school board leaders and the community during the search process as the impetus for his decision to withdraw his name. “I do not want the community to continue to be divided or further distracted from this city’s most important work, the education of our most precious resource, our children,” he wrote in the announcement.

With Goar — the runner-up who’d been poised to be appointed by the board — no longer an option, last night the board focused its discussion on re-opening the search. The process will likely involve hiring a new search firm, better defining points of community engagement, and keeping candidate names confidential until the finalists are selected.

The board plans to finalize the details of the rebooted search process at a special meeting Feb. 16. From there, Arneson expects they’ll still be able to meet their original deadline of naming a new superintendent before the start of the next school year.

Arneson and Vice Chair Kim Ellison drafted a new preliminary search-process plan to serve as a starting point for board discussion on how to move forward. Part of that handout included a review of the old process, which ended in the board’s rejection of front-runner Sergio Paez after last-minute allegations surfaced that staff had abused special-education children during his tenure as superintendent in Holyoke, Massachusetts. 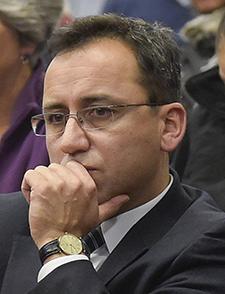 The initial search began with the development of an ideal candidate profile, designed with the input from more than 1,300 stakeholders. From there, the board entrusted Hazard, Young and Attea, a superintendent search firm, with recruiting candidates, managing applications, vetting all candidates, selecting six semifinalists, and conducting reference checks.

The board capped its contract with HYA at $85,000. So far, the board has paid the firm at least $50,000, a number that will increase as pending invoices are settled in the coming weeks. Arneson says the board has consulted with its attorney and is aware there are options for seeking reimbursement.

In the end, the nine-member board narrowed the candidate pool from six to three, voting 6-3 in favor of Paez over Goar.

Looking back, board members say that because of some HYA shortcomings, MPS staff were involved in the search process more than originally anticipated. Arneson identified this as something to avoid this time around, by clearly limiting staff’s involvement to things like advertising for the position and posting updates on the district’s website.

While the board discussed ways to increase community engagement and board oversight in the selection process, they agreed that bringing a search firm on board was still necessary.

Dissatisfied with the low number of search-firm applicants last time around, Arneson suggested they open the job up to all executive search firms, rather than limiting it to those specializing in superintendent searches — a move that may decrease the cost as well.

Another part of expected cost savings involves redistributing the recruitment efforts. Instead of relying on the search firm to find talent, the board will consider leveraging resources like the Council of the Great City Schools and the district’s human capital recruitment resources. 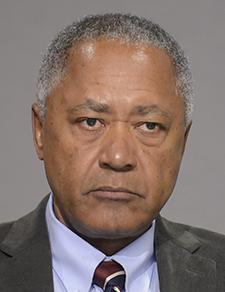 The second major revision to the search process involves adding a hiring committee to conduct oversight early on. Based on last night’s discussion, it appears the hiring committee will consist of four board members, which will help review all candidate applications.

Finally, the board addressed the issue of candidate confidentiality. Given the highly publicized outcome of the board’s initial search, they’re well aware there’s skepticism in the community that qualified candidates will be willing to risk damaging relations with their current employer to be considered for the job. To eliminate this deterrent, the board discussed keeping candidate names private until the finalists, who will be subject to a site visit, are announced.

In the minority, board member Don Samuels voiced a preference for only announcing the names of two finalists, rather than three.

“The more I think about it, the more I think those whose names are exposed should have a 50/50 shot at getting the job,” he said. “I think we up our opportunity to get a better person.”

By the end of the discussion, two other key modifications to the search process had emerged: the need to demonstrate greater transparency in the review of candidates’ qualifications and to create a document that defines how, exactly, the community will be involved in the process.

Given the disruptive nature of the protests at the last board meeting, where the board rejected Paez and attempted to take a vote on appointing Goar, there was a lot of discussion over what the community-engagement piece should look like moving forward. 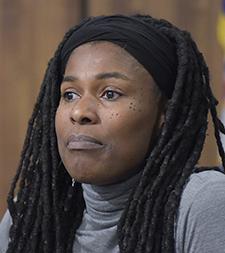 Board member Tracine Asberry said the board should be touching base with the community throughout the hiring process.

“I think that’s what the community expects from the board — to get … the desired characteristics [from the community], hear it, confirm it, get to work, then come back and say we heard you,” she said.  “I think it’s very possible to use community engagement that way.”

The details of how, exactly, the community will be invited to weigh in have yet to be hammered out. But, in summary, Arneson noted there would likely be an opportunity to get feedback from the community on what they did or didn’t like about the initial search process prior to voting on the new hiring process. Then the board would compare notes to make sure the desired characteristics of the new superintendent align with the values of the community and be sure to clearly articulate how each candidate stacks up against these standards.

After having led protests that shut down the last board meeting, Minneapolis NAACP President Nekima Levy-Pounds quietly observed the discussion last night.

“I think tonight is a step in the right direction, in terms of the board acknowledging the need to engage the community,” she said after the meeting had ended. “I’m cautiously optimistic of how this process will unfold.”