At a Senate Education Committee hearing on Monday, education advocates inundated lawmakers with requests for funding and policy changes. Two hours’ worth of elevator pitches to better support things like early learning, student support services, and teacher diversity and retention offered a preview of more in-depth hearings to come, as the committee pieces together its wish list for this session.

With a number of big-ticket items competing for a portion of the downsized $900 million surplus — including transportation funding and a tax bill — it’s hard to say what fraction of the remaining funds might be earmarked for education.

But lawmakers are already cautioning interest groups that a number of worthy causes simply won’t make the cut this year.

“In terms of the budget, we know the needs,” said Sen. Chuck Wiger, chair of the Education Committee, after everyone had presented their requests Monday. “About $1.7 billion has just been petitioned. It’ll be up to us to decide if there’s a target.”

Once Gov. Mark Dayton announces his budget on March 15, Wiger says committee members will crystalize what, exactly, they want to focus on in terms of putting together an education funding bill that would be part of a supplemental bill.

A separate policy bill will likely be rolled out by the end of the month, he said. This will include any teacher licensure recommendations that come out of a highly anticipated Legislative Auditor report on the Minnesota Board of Teaching; it will be presented this Friday.

While there are no guarantees at this point, lawmakers have already begun aligning themselves with a handful of key emerging issues: expanding early education, bolstering the teacher work force and filling gaps in student support services.

It’s no secret that Dayton considers expanding access to early-learning programs a top priority. His vision for universal public pre-K, which would ensure that every 4-year-old is afforded a free preschool experience, has been in the works for some time. He frames it as a necessary extension of the all-day kindergarten funding he helped secure in 2013.

The achievement gap also starts before kids reach school age, since things like the vocabulary they’ve been exposed to in their first three years of life impact their language development and reading proficiency later on.

Last year, Dayton advocated for a universal pre-K program that would have cost $175 million annually, but it garnered resistance from those who would rather see early education funding be allocated to those most in need.

The storyline hasn’t changed much this year. 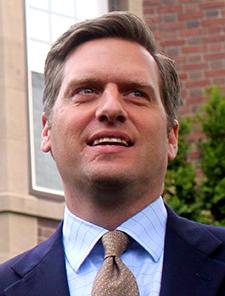 At a 2016 legislative preview event last Friday, lawmakers unearthed a bit more of the political tension over universal pre-K. Dayton confronted House Speaker Kurt Daudt’s assertion that universal pre-K is primarily being used as a way to attract the support of more Democratic voters. While Daudt stood by his initial claim, he retorted that the main reason he opposes the proposal is because “it doesn’t show that it closes the achievement gap,” to which Dayton interjected, “You’re wrong.”

At an early-ed legislative preview event hosted by the Start Early Funders Coalition on Feb. 18, Lt. Gov. Tina Smith underscored the governor’s rationale for insisting that it be a universal initiative.

“Some will say we are better off targeting our scarce dollars to families with low-income children,” Smith said. “The challenge is that poverty is not a static phenomenon. Families move in and out of poverty all the time, but children need access to excellent preschool even as their family’s financial circumstances are changing.”

Wiger, along with House Education Finance Chair Jenifer Loon, Rep. Matt Dean and Sen. Melisa Franzen, spoke on a panel after Smith spoke. During their discussion, more funding for early-learning scholarships emerged as the preferred strategy for supporting early learning.

Regardless of how, exactly, dollars for early-learning initiatives are allocated, all parties are faced with the reality that it’s not very prudent to approve large ongoing expenses in a nonbudget year. Likewise, the shrunken surplus has sent lawmakers, including Dayton, back to the drawing table, to tighten up price tags.

Wiger says there is a draft in the works that would scale the universal pre-K plan back a bit, but it’ll still total a couple hundred million dollars.

“I support the governor’s desire for 4-year-olds to have access [to preschool],” he says. “It will add to more students being ready for kindergarten. But I don’t know if it’s affordable at this point.”

Asked to identify the one key area he felt the Legislature may be compelled to invest in this session, Wiger listed a number of teacher-related needs. Chief among them, he says, is that schools are facing a teacher shortage, especially in specialized content areas like science, special education, vocation and math. 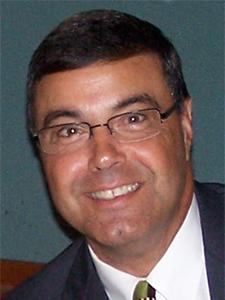 Testifying before the Education Committee, Gary Amoroso, executive director of the Minnesota Association of School Administrators, said the shortage has expanded to include basic positions as well.

“This is the worst I’ve heard from my superintendents in the state,” he said. “Walking into this school year, they were not getting elementary education teachers to fill positions.”

The urgency of the issue is resonating with lawmakers.

“I think it’s very important that we address the shortage, particularly in rural areas,” Wiger said in a phone interview.

The teacher shortage isn’t the only work-force issue schools and lawmakers are grappling with. There’s also the lack of teacher diversity, which has grown starker as the student body becomes increasingly more diverse and the teacher body doesn’t mirror this shift.

This deficit has advocates and lawmakers talking about ways to bolster teacher diversity through supporting alternative pathways to licensure and focusing on retention strategies.

During the education committee hearing on Monday, a speaker on the Education Minnesota panel requested that the committee support a comprehensive recruitment and retention package to help address these issues in a more concrete way. He cited a number of issues that will need to be addressed, including the financial barrier many of these teachers face in being asked to student teach for no pay and pay back student loans on a teacher’s salary, the lack of voice they report having inside their schools, and more.

“When you hear testimony from school boards and teachers saying, ‘We have a shortage,’ that becomes a very high priority. It’s going to trump a number of other deserving causes, just because we need to have high-quality teachers,” Wiger said, noting this need goes hand-in-hand with funding demands for more teacher training and professional development.

Another education expense that’s been surfacing in multiple circles involves the critical need to address the student-support-services gap that currently exists in Minnesota, which currently ranks at the bottom of the barrel, nationally, with a just one counselor for every 792 students. 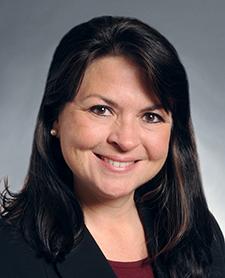 The need for a more responsive student-to-support-staff ratio — whether it be school counselors, psychologists, social workers, nurses or chemical health specialists — seems to have bipartisan support.

With Sen. Susan Kent’s Student Support Services Personnel Act poised for review this session, advocates are pushing to secure supplemental funding to get things moving in the right direction.

But, as with any wish-list item at this point, until the governor releases his budget and lawmakers know how much of the surplus will be allocated toward education, it’s hard to say how much movement we’ll actually see on this front.

A couple of additional student support service-related budget issues likely to get attention this session include per pupil funding and special education funding.

While speculations over what items will receive funding tend to get the most coverage leading into session, a few policy-related items are likely to gain traction as well.

Based on feedback received from educators, lawmakers could make changes to the Minnesota Comprehensive Assessments and the Multiple Measurement Rating used to evaluate schools.