Round two of the Minneapolis Public Schools superintendent search is quickly coming to a close. On Friday evening, the names of two finalists were made public: Brenda Cassellius, the Minnesota commissioner of education, and Ed Graff, superintendent of Anchorage School District in Alaska.

Both finalists will be attending a community reception Monday evening from 6-8 p.m. at the district’s headquarters (1250 W. Broadway Ave.). At an open meeting Tuesday, the board will interview finalists; and on Monday, May 23, a public comment session will begin at 5:30 p.m. The following evening, the board will cast its final vote so that the contract for a new superintendent can be finalized by May 27.

Cassellius’s current high-profile role in the Minnesota education sector — bolstered by Gov. Mark Dayton’s endorsement of her intent to serve the district — makes her the presumed front-runner. Graff, a Minnesota native who built his career exclusively in Alaska, also boasts a distinguished resume, but the fact that the Anchorage School Distict chose not to renew his contract this past fall may work to his disadvantage.

Prior to the final board vote, two board members will conduct site visits to further vet each candidate. They’ll share their finding with the full board, as well as the public, through both a written report and a presentation. (Given that the board’s initial finalist, Sergio Paez of Massachusetts, fell out of favor at the last minute after allegations surfaced regarding abuse at a school under his watch — the upcoming site visit to Alaska will be of particular interest.)

In December, the board attempted to appoint Interim Superintendent Michael Goar the same night it dismissed Paez, but the meeting was interrupted by protests and Goar later withdrew his candidacy. Looking to start the search process over, while still hitting the initial deadline to name a new superintendent, the board then hired a search firm, DHR International, along with a community engagement facilitator, Radious Guess, to assist in the expedited process.

Operating within the new parameters approved by the board, a volunteer superintendent selection committee — comprised of three board members, two students and five community members — along with DHR interviewed five semi-finalists and opted to narrow the pool down to two finalists, rather than three.

Board member Rebecca Gagnon has openly criticized the one-on-one matchup, saying that having a third finalist in the mix would have given the board greater decision-making authority.

As Gagnon told the Star Tribune, “I feel like the search committee has taken on the responsibility of making the decision of who should be superintendent versus who is qualified and should be considered by the board for superintendent.”

Gagnon’s colleagues who sat on the selection committee stand by the group’s decision.

“I think we have two really great candidates that are extremely well prepared to lead our district,” said Board Member Nelson Inz, chair of the selection committee. “I think it’s really important that we respect our agreed upon process. The board agreed upon this process back in March.”

Board Member Siad Ali, who also served on the selection committee, agrees. “I’m satisfied and the search committee has done a fantastic job,” he said, adding he’s pleased with how representative the committee is of the community. “At the end of the day, the board members will have the final say.”

Governor Dayton appointed Cassellius to serve as the state’s education commissioner in 2010. Having also served as a paraprofessional, classroom teacher, administrator and superintendent, she has experienced the challenges of an educator from a variety of vantage points. 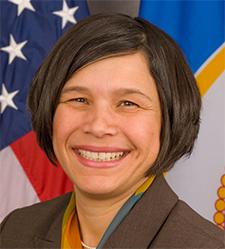 Under her leadership as commissioner of education, the Minnesota Department of Education applied for and received a waiver from the federal No Child Left Behind law to craft its own accountability system. The department also received a $45 million Race to the Top grant to support early education efforts, and a $28.2 Federal Public Charter Schools grant to support high-quality charter schools.

Asked for comment on being named a finalist, Cassellius told MinnPost she is trying not to get ahead of the process. “I am excited that I am a finalist and look forward to meeting with the teachers, principals, staff parents, community and full board early next week,” she said.

Graff began his career in 1991 as a teacher at an elementary school in Anchorage, the city he moved to in pursuit of his bachelor’s degree in elementary education. He also holds a master’s in education administration from the University of Southern Mississippi.

He worked his way up the ranks in the district, serving as a school principal, executive director of elementary education, and chief academic officer before being appointed superintendent in 2013.

Asked to elaborate on his departure from the Anchorage district, Graff told MinnPost, “That’s the board’s decision. You know that going in. They just decided to go another direction. But I think the success that I’ve had in the Anchorage School District, comes back to focusing on students. We’ve had a great deal of growth in the three plus years I’ve been [superintendent].” 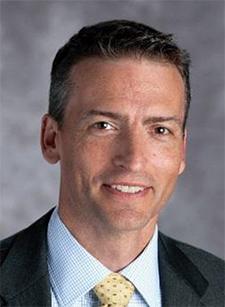 According to local media reports, the board cited a need to meet aggressive academic goals as its reason for choosing not to renew Graff’s contract.

Minneapolis isn’t the only district in Minnesota where Graff has sought employment. While he wasn’t offered the job, last month he was named a finalist for the superintendent position in the St. Michael-Albertville school district.

Graff says the Anchorage and Minneapolis districts are quite similar in terms of size and demographics. When he took the job in Alaska, the situational dynamics seemed similiar to Minnesota, as well. “When I took the position as superintendent here in Anchorage, it was during a time of great uncertainty and transition,” he said. “What I was able to do was build stability and trust and make sure I was still supporting students in their efforts and achievements.”

Under Graff’s leadership the district’s graduation rate is at an all-time high, above 80 percent. He also stresses that community engagement and social-emotional learning are two of his top priorities.

Asked to comment on being named a finalist, Graff said, “I think it’s a great opportunity to positively impact the students, the community, and the district overall in the work that can be done here in Minneapolis. I look forward to having a conversation with the students’ parents and the community on Monday. I want to hear from them — what they feel their experiences have been in the schools.”