Two days after the newly appointed leader of Minneapolis Public Schools, Ed Graff, jumped through a logistical hoop to finalize his contract, news broke that his counterpart in St. Paul, Superintendent Valeria Silva, would be leaving her post early.

The power struggle in St. Paul between Silva and the new board majority elected last fall has played out in a fairly public manner. Despite this, Silva remained adamant that she intended to serve through the remainder of her contract, set to expire in December 2018. But settlement negotiations with the board, looking to buyout her contract, had apparently been going on for the past month or so.

At Tuesday’s meeting, which Silva did not attend, the school board voted 5-2 in favor of approving the separation agreement, with board members Chue Vue and Jean O’Connell dissenting. Once Silva’s abbreviated tenure ends on July 15, she’ll move into a full-time advisory role with the district for the next 15 months.

Since the board sought to terminate her contract without cause, she will collect roughly $787,500 in salary and benefits so long as she stays with the district as a consultant to help the interim superintendent — the retired superintendent of Roseville Area Schools, John Thein — during the transition period.

Board Chair Jon Schumacher maintained that the negotiations were amicable. In a press conference after the meeting, he said it’s no secret the district is facing some tough challenges related to racial inequities, the achievement gap, budget deficits and declining enrollment. So when Silva announced her plans to retire in 2018, they felt it made sense to usher in new leadership now, rather than wait.

“We accelerated the transition process so we could … bring in some fresh perspectives,” he said. “We believe that, in the long run, this will end up saving us money and allow us to get a jump on some of the challenges we’ve been facing.”

O’Connell, on the other hand, resigned yesterday evening, stating she doesn’t agree with the narrative this board has crafted — that the district is failing — and can no longer be part of a board environment that has become “so disrespectful, destructive and cynical.”

How’d we get to this point?

Silva’s track record with the district goes back nearly 30 years. She started out as a teaching assistant and worked her way through the ranks, becoming superintendent in December 2009. While she’s leaving just six months into her current 3-year contract, Silva, 54, has outlasted the majority of her peers across the nation, who average less than four years on the job.

A little over a year ago, she considered leaving the district for a similar position in Florida. But shortly after the Palm Beach County School Board announced Silva was a frontrunner in its superintendent search, she decided to withdraw her name before interviewing.

At that point, she reaffirmed her commitment to seeing through some of the equity work she had already put into motion in St. Paul — namely, integrating special-education students into regular classrooms and reducing suspension rates that were disproportionately impacting students of color.

The St. Paul DFL Party and teachers union capitalized on this discontent, channeling educators’ and parents’ frustration into an effective anti-Silva platform during the school board election last fall. This tension came to a head at the first board meeting in January, when the four new board members unexpectedly presented a list of priorities that began with improving school safety. Caught off guard, Silva asserted that she shared the same goals and efforts were already under way to address these concerns. However, a wave of student-on-teacher assaults inside schools continued to fuel the discord.

Add the stress of deep budget cuts  — resulting from a $15.1 million deficit for the coming school year — and declining enrollment to this increasingly fractured leadership dynamic and something was bound to give.

Schumacher told members of the press that he did not join the board with the intent to oust Silva. Rather, he says, it “was a course of action that presented itself” during the ongoing conversations that had been taking place.

Board member Steve Marchese was a bit more candid in his remarks about the politicized nature of the decision to replace the superintendent. During the meeting, he suggested that he, along with the other newly elected board members, were essentially cleaning up a mess that the prior board had created.

“I believe we were placed at a disadvantage … when the prior board chose to extend [Silva’s] contract,” he said, noting he has great respect for her equity work, which he intends to continue.

In rebuttal, Vue defended the decision he and O’Connell, along with other prior board members, had made to keep Silva on board just 15 months ago.

“We were not born yesterday,” he said. “We all have different of opinions. I think to say that the board put this new board in an uncomfortable position … is a disrespect to the prior board. It was our job at the time to make that decision.” 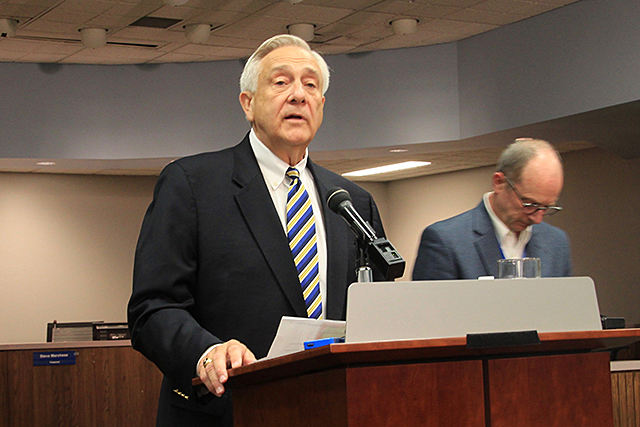 Feelings aside, the move to replace Silva is going to cost the already-financially-strapped district a substantial amount of money.

The bulk of Silva’s $787,500 is made up of her salary (roughly half of the amount she would have earned working through Dec. 2018), 18 weeks of accrued vacation time, and health insurance and pension until retirement, as negotiated in her prior contract. She’ll also receive $100,000 in severance pay.

As stipulated in the agreement, if Silva accepts a job offer elsewhere, she will no longer be entitled to the full amount.

On top of that, the district will be paying its interim superintendent, Thein, an annual salary of $202,500.

The board has yet to announce the details of the superintendent search process, which will yield logistical expenses that, as exhibited in Minneapolis, may include hiring a search firm, hiring a community engagement facilitator, conducting site visits for finalists or any other number of measures to vet candidates. Of course, once a new superintendent has been selected, the district will need to absorb the added cost of their salary as well.

The need for the district to hold a special election to fill O’Connell’s seat could also be tallied up as a related expense. O’Connell had served as a board member since 2009. Her resignation goes into effect June 30.

While delivering her prepared remarks, O’Connell listed a number of accomplishments the district achieved under Silva’s leadership: a record number of students enrolled in Pre-K this year, increased parent involvement, increased graduation rates since 2010, iPad access for each child and system-wide strides toward racial equity. 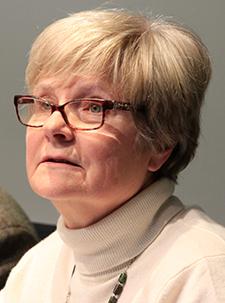 After expressing her frustration with the narrative of district failure that’s taken hold in recent months and fractured community relations, she accused Schumacher and Marchese of violating the state’s open meeting law.

“I am personally taken aback by the way the current chair and treasurer of this board have worked in secret and frozen other members of this board out of major issues, up to and including the decision to buy out the superintendent’s contract. Not only is this questionable governance, it is terrible leadership,” she said.

Asked to comment after the meeting, Schumacher denied the allegations and chalked the accusation up to hurt feelings. “I think it’s a very emotional time,” he said.

Despite the rift over the decision to part ways with Silva, most everyone agreed that Thein is qualified to serve the district in the interim.

“He has worked with our current superintendent, so there’s a relationship there,” Schumacher said. “He’s a very solid, calm, intelligent guy that I think is really going to help us get through this transition.”