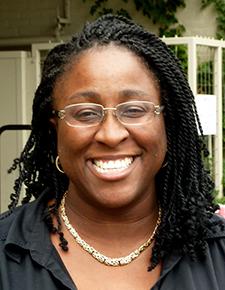 That Jeannie Foster’s coworkers at the Community Action Partnership of Ramsey and Washington Counties, located in St. Paul’s Midway neighborhood, often meet in a conference room named after Paul Wellstone and his wife, Sheila, is apropos. After all, the organization was christened in 1964 as part of the War on Poverty.

For local policy wonks, though, that the late senator’s name is etched on glass just a few yards from Foster’s bustling office may seem even more prescient these days. Not only does the 43-year-old manage the nonprofit’s Family Services program, near and dear to Wellstone acolytes for providing Head Start services for needy students and their parents. But Foster, a political neophyte who spent the last 25 years working in early childhood education, has been endorsed by St. Paul’s DFL as its candidate for a vacant school board seat. And that endorsement in a dark blue-colored city, for all practical purposes, is a sure path to victory on Nov. 8.

“A lot of people have said that being on the school board is such a thankless job, and wonder why would you want to do that,” Foster says, chuckling at both the pessimistic sentiment and her relatively rapid emergence as a front-runner (she won a first-ballot victory over former board members Keith Hardy and Claudia Swanson at the DFL’s Aug. 13 gathering). “And my answer is simple: I want to do it because our kids count and matter.”

Her peers’ cynicism about the position is understandable, especially in St. Paul, where the last six months was lowlighted by staff revolt over student-on-teacher violence, a budget shortfall of nearly $15 million, and the removal of Superintendent Valeria Silva. It was Silva’s ouster, in fact, that led to the noisy resignation of board member Jean O’Connell, whose vacant seat Foster hopes to fill for just a year before having to stand again for re-election.

Foster’s guileless enthusiasm for serving the school board, which will be charged with choosing a new superintendent over the next six months, is equally plausible, as we found out during a wide-ranging, 45-minute interview. A product of the St. Paul Schools and proud East Sider who serves as vice president of the Dayton’s Bluff Community Council, she credits public education and the Boys and Girls Clubs of American for helping her navigate a childhood marked by domestic abuse, and an adolescence interrupted by teen pregnancy. And she’s spent her adulthood giving back. “Some people might say, ‘Oh, poor Jean,’ ” says Foster, who would be the third person of color on the seven-member school board if she’s seated. “But there are a lot of other kids who have gone through the same or worse. And my experience helped shape the fact that I want to be an advocate for other children and families.”

MinnPost: What is your charge at the Community Action Partnership?

Jeannie Foster: I manage a team of 21 working at 11 Head Start sites. My advocates know that families need to be connected to their children’s education, because oftentimes what we see in the classroom is direct spillover from what’s happening in the homes. Our children are all at or below 200 percent of the poverty guidelines, so our job is to get people connected with available services – housing, beds, food shelves, medical, dental and mental health care. Our teachers set education goals. My team sets family goals around education. We’re sympathetic, empathetic and delivering culturally responsive services.

MP: What made you decide to run for school board?

JF: I don’t want to say I’ve always wanted to be on the school board, because that really hasn’t been a thought in my head, to be honest with you. But when the opportunity presented itself, it seemed like a natural fit, since I’m already doing similar work on a different level. We’ve got some phenomenal teachers that really want to see our kids achieve — teachers that I sometimes hear talk about feeling disrespected and not having a voice in things. And as a manager of a program, I’ve seen what happens when people don’t feel heard. I want to help people get heard. Because, let’s face it, our kids don’t have time to wait for the grown people to get past their bickering.

MP: What can you set in motion that would help teachers feel heard?

JF: It’s important for board members to get into the schools and build relationships and trust. And I do think that’s already starting to happen. So now we have to continue that momentum. It’s our responsibility as a board to hold schools accountable, but we don’t need to micromanage. Our members need to spend time going to staff meetings, meeting with kids and teachers, really getting to know the operational needs of individual schools. Because things almost always look a lot different on the ground than they do on paper.

MP: Who else does the board need to reach out to?

JF: There are also parents who’ve told me they are frustrated. They say they’ve been told they’ll be part of the solution, but they don’t feel like they’ve been a part of the decision-making process. They feel like they’re brought along at the last minute, when decisions have already been made. The good news: Much of the board is coming in new. So we can start fresh.

MP: When people talk about the primary challenges facing the St. Paul schools, they often talk about equity. How would you address that issue as a board member?

We know our black and brown students, our native students and our Hmong students are struggling with a variety of things in schools. We have data that’s supported that for years. But there’s still a concern that we’re doing the same old, same old status quo. So we’ve got to move past that. What does that look like? We have to have parents at the table talking about whether or not their kids aren’t getting what they need. And if we’re saying we want to be more responsive to all families, we have to prioritize that with our budgets. As a board member, I will have a say in that budgeting, which is important. Because ultimately our budgets will guide where our priorities are.

MP: How do you address equity issues in the larger community?

JF: St. Paul schools can define equity, but in each community that’ s going to look different.

If you want to see more a more diverse set of people involved, you have to go out of your way and say, “I’d like to hear your voice here. It’s important to what we do.” You have to ask, “What do we have to do to get you here?” “If this time doesn’t work, because you have a night shift or child care needs, what times of the day do work?” “Is there somewhere in the community where we could host a forum there and come there that would get some more folks?” Those are the types of approaches I’d like to bring to the board, and I hope whoever the new superintendent is, they have a mindset to stay open to new ideas and approaches.

I’m also super excited that our youth, particularly our high schoolers, are really engaged in political processes right now. They have voices. I went to the last school board meeting and they were up talking. I see them out at community events. That for me is the ultimate reflection of what education is all about. Kids come to school, they learn, they grow, and learn that they have a voice. Either we validate that by letting those voices be heard, or we discount what we’re teaching them.

MP: One of the things supporters will refer to when talking about your candidacy is that you know, from personal experience, what it’s like to struggle as a young person.

JF: You could probably do a dozen after-school specials on my life. My dad was an alcoholic who came back from the service and played a little bit in the minor leagues. When I was 2 years old he put me in a bath of scalding hot water. Boiling water. And my mother, who was a wonderful mother and a seamstress by trade, needed to leave because she feared for our safety. So we came here to Minnesota – to Liberty Plaza – from Kansas. You know, there are a lot of things that happen with poverty. There was a time when I was a kid that the police would show you how to put a butter knife in the door, to keep people from breaking down the door. And the person we were trying to keep out was the person who was supposed to protect us.

I typically don’t talk about my past. But it truly is the reason I do what I do. I’m a survivor of physical abuse and molestation. I’m a survivor of watching my mother get her butt beat on a daily basis by her boyfriend. I’ve been at that point where my older brother tried to pull my stepdad from choking my mother down into blackness.

MP: Did you find any support in the public schools?

JF: I had teachers at Hancock Elementary, Phyllis Marsili and Barbara Washington, and I think they understood the family dynamic. So they kept me busy. They got my mom to come to the PTA, and when she couldn’t make it they went on home visits. They were what made me realize how important a teacher is in the life of a child.

I also know for a fact that there are many more Jeans in the schools. And sadly there are some Jeans in our preschool programs –which is one of the reasons, I think, that I went into early childhood education. It’s also a big reason I’m running for school board. It’s essential that we form relationships with students and families. And that all of us – teachers, school board members, social service workers — be intentional about getting to know a little piece of what those students and families are going through every time we interact with them.

David Schimke is a Minneapolis-based journalist and former editor at City Pages and of Utne Reader magazine.