At the St. Paul School Board meeting earlier this week, a number of parents, educators and community members showed up to weigh in on an issue the district has grappled with for years and suddenly seems poised to act on: whether to shift to later start times for most middle and high school students.

Those in favor of adopting later start times for secondary students cited the academic and health benefits that are supported by a large body of research. Speaking on behalf of one of the district’s pilot sites, Johnson Senior High School, Principal Micheal Thompson said that his students are “more alert and ready to learn,” tardiness numbers have decreased, MCA test scores have increased, students report they’re getting more sleep, and the list of students on the honor role is at an all-time high. He largely attributes these changes to the 8:30 a.m. start time the school switched to in the fall of 2015, which gave students the opportunity to chalk up one more hour of sleep each night.

Those in opposition to the proposed schedule changes largely took issue with how the change would impact elementary school start times. As proposed, most elementary schools would start their school day earlier, at 7:45 a.m. Parents raised concerns over safety, child-care needs, and fracturing family time and daily routines. Factoring in added hardships that low-income, minority families may face, Adriana Alejandro Osorio, a representative of the Hispanic community, spoke on the behalf of working parents who rely on high schoolers to watch a younger sibling after school. She told the board it would “disrupt family dynamics” and the “cost of Discovery Club is burdensome for lots of families.”

She doesn’t oppose adopting later start times for secondary students — she has a kindergartener who will one day reap the benefits of that added hour of sleep, after all — but she does object to the decision-making process that she, and many others, feel is being unnecessarily rushed this time around.

The district has already spent three years grappling with the proposal. In the past, however, it’s entailed extensive community engagement. This time around, however, the board is leaning toward making an executive decision now and soliciting community input later, during the planning and implementation stages.

“What I think we can do is make the decision to change [start times] and use the lead time we have wisely to get people ready. And to challenge our staff and our partners to make this work in a successful way,” Board Member Steve Marchese said in an interview after the meeting.

On Nov. 15, the board will vote on adopting later start times for most secondary students, starting with the 2018-19 school year. How the board engages the community — not just parents, but partners like Metro Transit and the state Legislature as well — will be key to working out the details if and when things move forward, especially given current financial constraints. The change would cost the already-financially-strapped district a projected $2-4 million.

Three years in the making

The conversation around adjusting school start times to better align with teenagers’ natural sleep patterns began in earnest during the 2013-14 school year. The district solicited the help of a steering committee, which was composed of students, parents, teachers, principals, community partners, transportation experts and teacher’s union representative, to help gather community input. Ultimately, they recommended that the board take more time to continue to explore alternate transportation schedules through a partnership with Metro Transit.

The board heeded the steering committee’s recommendation and voted in October 2014 to postpone making a decision on start times. In the meantime, the district piloted an 8:30 start time at Johnson Senior High School and Creative Arts Secondary downtown with the help of Metro Transit. Rather than dispatching yellow school buses, the district gave students passes to take public transportation to and from school. 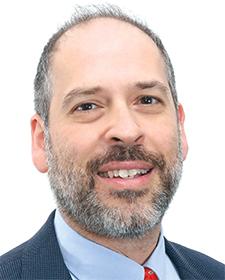 While the pilots showed promising results, Metro Transit told the district it simply didn’t have the capacity to support the transition, wholesale. According to district records, Metro Transit projected that about 20 additional buses would be needed to service each high school route, a number it didn’t have the capacity to store and maintain. Despite joint lobbying efforts during the last Legislative session, they failed to secure state funding to address this public transportation shortcoming.

In November 2015, the board voted to continue the conversation, again, directing staff to prepare a new proposal by the following summer. When staff reopened the conversation at the Oct. 4 board meeting this fall, they recommended opening things up for community input right away with the creation of a task force. But the board — which has a new board majority that was elected last fall — opted to forge ahead and will be voting to take action again on Nov. 15.

“Part of what we’re trying to do — in terms of climate, in terms of start times, in terms of school safety — is to try to bring things together in a way that shows the community that the district has a real understanding of what the needs of kids are and where it needs to go,” Marchese said, noting adopting later start times for secondary students aligns with tried-and-true best practices. “There’s a lot of room for input from the community into that process.”

In terms of staff time and resources, the district has already invested quite a bit in what to some can seem rather trivial: one extra hour of sleep for teenage students. But those who research teenage sleep cycles say the recommended 8:30 a.m. secondary school start time — which often equates to that one additional hour of sleep — is actually quite critical for academic performance and well-being.

When Dr. Frances Jensen, chair of the Neurology Department at the University of Pennsylvania and author of “The Teenage Brain,” tries to convey the burden of an early start time to adults, she offers an analogy: “Waking a teen up at 6 or 7 in the morning is like getting an adult to be woken up at 3 a.m. How would you like to have to go in and start working at that point? Your brain is going to be equally … not fully alert.”

Simply persuading teens to go to bed earlier won’t help them achieve the recommended 9-plus hours of sleep that they need to thrive. It’s a matter of biology.

The adolescent brain doesn’t put out melatonin — the sleep-inducing chemical — until about 11 p.m., Jensen explained. Add the extra hour or so it takes them to unwind and it’s closer to midnight before they actually fall asleep.

“There are other things they’re doing that are also keeping them aroused, such as social media, looking at computer screens with artificial light — all these things compound on top of the fact that their melatonin has not really kicked in yet, so they are really being challenged to get to sleep before midnight, some of these kids,” she said.

If St. Paul secondary students are currently waking up by 6:30 a.m., or earlier, to get to class that starts at 7:30 a.m., it’s unreasonable to expect them to be getting enough sleep. “So that’s really creating a chronically sleep-deprived state,” she said. 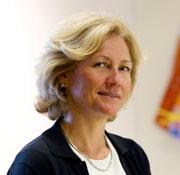 Perhaps even more disconcerting is the impact a lack of adequate sleep has on adolescents’ ability to learn. Research has shown that sleep is critical for the consolidation of memories, Jensen adds. Furthermore, sleep-deprivation itself inhibits the ability to commit things to memory.

“[With] one day of sleep deprivation, you’re like half as good as fully rested. And then with, say, two days of sleep deprivation, you’re basically very challenged to lay down any new memories at all,” Jensen said. “The fact that this can compound over several days — it’s just very unhealthy for adolescents, given the one thing we task them with in our society is learning.”

St. Paul district leadership has sought out guidance from Dr. Kyla Wahlstrom, another leader in this field of research who currently works as a senior research fellow at the University of Minnesota. One of her initial studies involved the Minneapolis Public Schools district, when it opted to make the change in 1997.

In the 20-plus years she’s been researching the impact of later start times on adolescent health and academic performance, she’s found the positive impacts to be fairly consistent. On the academics front, she’s documented students getting better grades and reduced absenteeism and tardiness rates. On the health front, she’s found students are less likely to engage in risky behavior such as drug, alcohol and cigarette use.

“It appears, from all of the studies that have been done in the medical community, that 8 hours is the tipping point for teenager to either do risky health things or not,” she said.”So that 8 hours seems to be a pretty important pivot point for teens.”

On the flip side, she says, elementary students are biologically capable of falling asleep earlier. This makes them better candidates for early start times. While instituting an earlier bedtime may infringe upon evening family time, she says, it’s an option that can make the switch a productive one, rather than one that simply shifts sleep deprivation from one student population to another.

Having studied the impact of the reworked start times in Minneapolis, Wahlstrom says the district’s decision to commit to changing start times was framed as a question of “how,” rather than “if,” right from the get-go. As with any big change, the first year is full of adjustments. But once the pieces fall into place, districts don’t backtrack, she says.

“Principals that I’ve interviewed across the United States have said that the tone of their building improved dramatically with the later start. So there’s all kinds of benefits that are tangible, but also just sort of experienced or sensed because the tone of the buildings is calmer and less frantic in the morning,” she said.

St. Paul isn’t alone in dragging its feet on making the transition, though. It’s a complex decision with a ripple effect on everything from after school extra curricular activities and sports to child-care programs and teen’s jobs.

“It’s the right thing to do, but if it’s causing a lot of … stress and adversity inside the family, that’s also going to affect the kid’s ability to learn,” Jensen said. “You have to look and see, in those cases, how to directly mitigate that consequence of changing the school day because that will also counteract the positives.”

Additionally, there are other things to consider when it comes to better catering to the sleep cycles of adolescents, who really don’t peak, intellectually, until midmorning. An extra hour of sleep is significant, but there are ways to be even more responsive to their biological clock.

Jensen is a big proponent of schools starting the day with physical activity or, better yet, a study hall — even if the first bell doesn’t ring until 8:30 a.m. — to serve as a buffer “while the kids are moving into the cycle where they’re going to be more optimal for learning.” Likewise, she would love to see testing times better aligned with these findings.

Wahlstrom adds that schools needs to think creatively about how they restructure the school day to best accommodate later start times.

“It isn’t ‘push the whole day an hour later,’ because that really disrupts dinner and homework time and all that stuff,” she said. “So the whole notion of how the rest of the day is used, timewise, needs to be looked at.”