Preparing to pilot three new pre-K through fifth grade literacy curriculum sets at 12 of its 40 elementary schools in January, the Minneapolis Public Schools district recently hosted a two-day event to solicit community input to help determine which one it chooses to purchase. Attendees were invited to peruse the materials and offer feedback on things like the representation of culture, race, ethnicity, family structure, gender, sexual orientation and religion in each curriculum set.

After making their way through tables displaying teacher instruction manuals, supplemental reading sets and workbooks published by all three vendors — Benchmark Education, Pearson, and Houghton Mifflin and Harcourt — Sue and Jim Tincher, parents to MPS graduates, were drawn to one set of books in the Pearson collection called “Sleuth” that features a dog detective and short texts designed to teach students how to become more critical readers.

“It had you look at the evidence … and question it,” Jim said, noting they’re both concerned that students across the nation are losing out on these valuable critical thinking skills — skills that have become even more crucial with the rise of fake online news.

But since the survey they’d picked up at the front door seemed to be moreso focused on making sure “no one’s offended,” Jim said, they didn’t feel compelled to share their insight with district staff.

Brooke Rivers, program director of Reading Partners — an early literacy nonprofit that provides the district with trained volunteer reading partners — also attended the curriculum fair to see what the options looked like. For her, one vendor’s thoughtful portrayal of Native American culture made it stand out above the others.

“We see the need for a cohesive approach to literacy in our schools,” she said. “Certainly, you want to make sure the resources are culturally responsive.”

Her sentiment echoes much of what led to the demise of the Reading Horizons curriculum the district ended up buying and ditching at the start of the 2015-16 school year. A collection of books deemed racially and culturally offensive triggered a vocal backlash by community members and teachers that resulted in a number of apologies and backpedaling.

This time around, district staff are taking added precautions to ensure the estimated $10 million the district plans to invest in adopting a new pre-K-5 literacy curriculum doesn’t encounter the same landmine.

Former interim Superintendent Michael Goar ended up conceding that he and his team were at fault on two fronts: They’d failed to follow district policies with full fidelity when purchasing the books and they’d let offensive storylines slip past them unnoticed. The list of offenders included “Lazy Lucy,” in which an African girl struggles to keep her hut clean, and “Nieko, the Hunting Girl,” which features two American Indians stalking a wooly mammoth.

To compound matters, critics raised issue with the textbook publisher’s expressed religious beliefs. As posted on the company’s website, its leaders define “faith” as a leading core value amongst its employees. 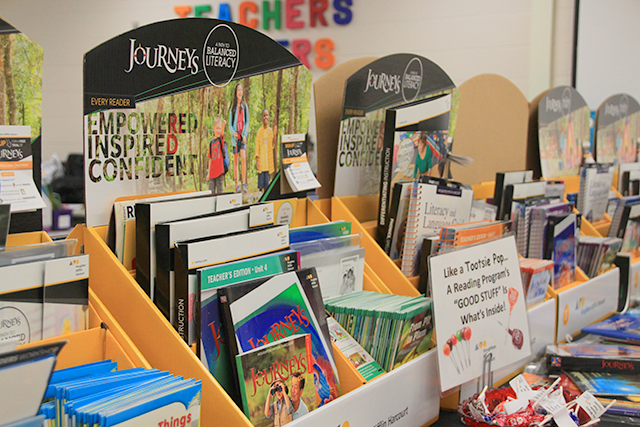 MinnPost photo by Erin Hinrichs
On Dec. 10 and 12, the district hosted a community curriculum fair at the Mona Moede Early Childhood Center.

After protesters had interrupted multiple board meetings, the board voted 7-2 on Oct. 13, 2015, to rescind its $1.2 million contract with Reading Horizons and ditch the materials that had been purchased for grades K-3. The move came before any of the controversial books had reached the hands of students. But teachers had already spent time planning with the new materials and were now left without an alternative.

Looking to pick up the pieces, Superintendent Ed Graff has been championing the adoption of a new K-5 literacy curriculum that’s both aligned to common core standards and culturally relevant.

The district last purchased an early literacy curriculum in 2008, leaving elementary teachers, who are traditionally trained as generalists, scrambling to bridge the gap between these outdated resources and the new reading standards they’re operating under.

Attaining basic literacy by third grade holds major implications for students’ future academic success. According to 2016 district data, only 41 percent of all third-graders in the district tested proficient in reading. Upon further breakdown, less than a quarter of all American Indian, African-American and Hispanic third-graders have reached proficiency in reading. Their white peers are faring much better, at 75 percent proficient.

Explaining why the third-grade benchmark for literacy is so important, Lori Helman, director of the Minnesota Center for Reading Research, said that after third grade, students are expected to access a lot more information through textbooks.

“If they’re not reading, then they can’t access the information that’s being taught in that grade level,” she said, noting it’s common to see a dip in progress when students enter fourth grade. “If students aren’t really able to read or decode what’s going on in the textbook, that can be devastating to their learning.”

In alignment with best practices, the district is looking for a curriculum that focuses on the so-called “Big Five” factors of literacy acquisition: phonemic awareness, phonics, fluency, vocabulary and text comprehension.

Helman says these skills are key, but convincing students just how important it is to understand what they’re learning at each step along the way, and how it relates to their lives, is equally vital to fostering literacy.

Putting this in context of the district’s failed curriculum adoption in 2015, she said, “My impression is they chose a program that was pretty good at decoding. It pretty systematically helps kids decode, which is a good thing. The problem is you … have to think about which particular students you are teaching. It matters that kids see themselves in the books they are reading … in a way that makes sense to their families and their communities.”

When it comes to vetting curriculums, and helping teachers improve their literacy instruction, Helman recommends focusing on four main areas: Students should have opportunities to do reading and writing in a meaningful way; the teaching should be systematic and explicit; the materials should be research-based; and the instruction should be at students’ developmental level.

Carey Seeley, director of elementary education for the district’s department of teaching and learning, says she’ll be going a step further in looking to see which vendors have been successful in other major districts and calling up her counterparts to ask for supporting data and feedback from teachers.

The rebooted early literacy curriculum search began this past fall. When the district put out a request for proposals, 10 vendors responded. With the help of a steering committee composed of teachers, principals, and district headquarters staff who vetted each curriculum set — looking for things like culturally relevancy and alignment with common core standards — they narrowed the pool down to four vendors.

Mid-November, these four finalists gave presentations. And the same cross-section of district educators, plus some community members, combed through the materials again, looking even closer for things like balanced literacy, technology integration, ease of use for both students and teachers, and engaging content, narrowing it down to three finalists. 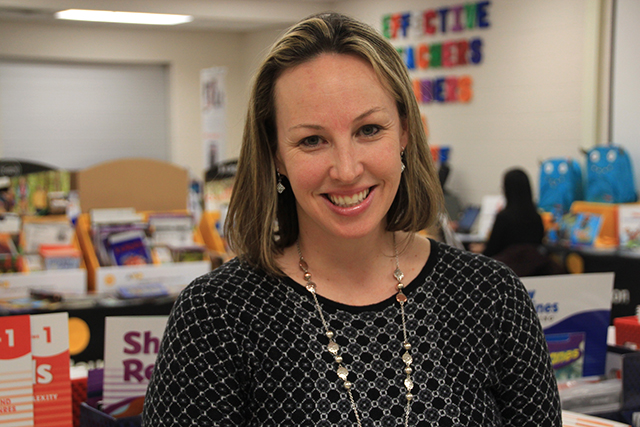 MinnPost photo by Erin Hinrichs
Carey Seeley, director of elementary education for the district’s department of teaching and learning.

All three finalists will advance to a round of field testing that will run for eight weeks, beginning sometime in January. At the 12 schools piloting the materials, each will have three grades participating, and each will be using a different vendor. Once all feedback has been collected, the steering committee will come up with a recommendation for the superintendent and chief of schools to consider. In May, a final recommendation will go to the school board for approval. It all goes well, the new curriculum will be implemented for the 2017-18 school year.

This new set of curriculum materials should last for the next five to eight years, Seeley said. It’s important to equip teachers with the right tools, she adds, but it’s not a stand-alone solution to closing disparities in early reading literacy. That work requires ongoing professional development opportunities for teachers as well.

“My message to teachers would be we really want to give them something that is just a tool to help them do their very best work with students,” she said, noting a quality curriculum set should allow them to focus more on catering their lessons and building relationships with their students. “At the end of the day, great literacy instruction does not come in a box. Ultimately, it is the actions of the teacher that makes the greatest difference for students. We recognize that and want to be partners in this work.”