After months of soliciting community input on a draft of Minnesota’s response to the Every Student Succeeds Act — the new federally mandated state accountability law commonly known as ESSA — staff at the Minnesota Department of Education have been granted a bit more breathing room. Because of a recently extended deadline from the feds, Minnesota won’t be submitting a draft for approval until September 2017.

That being said, teachers, administrators and education advocates who sat on the educator quality committee convened for their last official meeting last Wednesday. They had been tasked with three primary objectives: to help define what constitutes an “ineffective” teacher in Minnesota — a new data point required under ESSA — and to discuss the local and state roles in ensuring equitable access to quality teachers.

In addition to collecting and publicly reporting data on the distribution of teachers categorized as “ineffective,” MDE will continue to track which students are being served by teachers who are deemed “out-of-field” and “inexperienced.”

All of this monitoring is meant to ensure states and schools are being held accountable when it comes to getting quality teachers in front of the students who need them most. As included in the ESSA guidelines, low-income students and students of color should be afforded the same level of access to effective, in-field, experienced teachers as their white peers are.

The struggle to close this access gap may not be unique to Minnesota schools. But addressing it could hold major implications for closing local achievement gaps, which are, consistently, some of the worst in the nation. State data show that schools in the highest poverty quartile are more likely to have inexperienced and out-of-field teachers. The same trend applies to schools with large minority student populations.

Reflecting on the final round of committee input, Richard Rosivach, a history teacher at Irondale High School representing Education Minnesota on the committee, felt the group had successfully worked through some difficult topics.

“There’s a big difference here, in process, than when we got into No Child Left Behind,” he said, referring to a precursor to ESSA. “Bringing together all these stakeholders to have these very intense conversations is going to produce a better outcome.”

“I’m encouraged by the conversations we’ve had. But something that’s been said over and over again, is the commissioner makes the final decision,” she said, adding she hopes the feedback gathered is “honored in the final decision.”

As with many education issues, this isn’t the first time educators have convened to discuss the inequitable distribution of quality teachers in Minnesota schools. During the 2016 legislative session, the state adopted changes to the World’s Best Workforce legislation, requiring districts to examine, and improve upon, the equitable distribution of experienced, effective and in-field teachers in their districts. A second addition to the statute says districts must also periodically review and evaluate students’ access to a diverse teacher core. This goes a step beyond what’s required under ESSA, but committee members have sought to embed a focus on teacher diversity in the new law as well.

In early 2015, MDE had convened a similar committee — made up of teachers, administrators, advocates and more — to delve into the issue when directed to do so by the feds under the Elementary and Secondary Education Act. They published a teacher equity plan, based off that work, in June 2015. 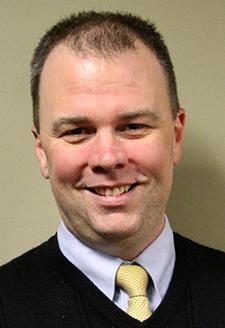 In coming up with yet another iteration of a state plan to address existing inequities in the distribution of qualified teachers under ESSA, there appears to be widespread agreement that it makes most sense to align Minnesota’s ESSA teacher quality regulations with existing frameworks.

Tyler Livingston, acting director of school support at MDE, says much of the groundwork that’s already been laid hasn’t really been put to the test yet. “We’ve only had one legislative session to pursue some of the strategies in that report,” he said, referring to the teacher equity plan. Likewise, the changes to the World’s Best Workforce legislation are so new, he said, that “that language hasn’t been on district’s radar, either, until this last session.”

“Schools have to submit so many reports and plans, sometimes these end up sitting on the shelf and people don’t act on them,” she said. “Having it in multiple places [and] … aligned with World’s Best Workforce, it increases the likelihood that things will actually change.”

Perhaps the most significant change this time around is the committee’s proposed definition of an “ineffective teacher” as a  teacher “who is not meeting professional teaching standards as defined in local teacher development and evaluation (TDE) systems.”

“I worry that if we push back the definition to those who have unsuccessfully completed their improvement plan … then we’re missing an equity gap,” Burris-Gallagher said in a small group discussion.

Settling on a definition of “experienced” proved to be another point of debate for many committee members. As currently written in the draft recommendation, an inexperienced teacher is defined as “a licensed teacher who has been employed in Minnesota for three years or less.”

With a final draft recommendation pending, committee members took time to further discuss this two-part definition. Under ESSA, states are only required to report teachers in their first year of teaching as “inexperienced.” By upping the bar to three years or less — a higher standard that’s reflective of the pride Minnesota educators and lawmakers take in upholding rigorous teaching standards — it’s likely a state-to-state comparison would show Minnesota has many more “inexperienced” teachers.

While few seemed concerned enough by this to reconsider the “three years or less” benchmark, the “in Minnesota” qualifier sparked more debate. While some view a Minnesota teaching license as a more prestigious license than those issued in other states, others are frustrated by the barriers the Minnesota teacher licensure process poses for experienced teachers who move here from other states, including teachers of color who are in high demand.

Livingston will be sorting through all the the feedback gathered on Wednesday evening as he works on putting together a final draft for the state’s education commissioner, Brenda Cassellius, to consider. Committee members are invited to attend another meeting May 10 to review and provide feedback on this segment of the draft plan, before MDE holds informational events over the summer to solicit more feedback and posts the final draft for public comment in August.

Committee members discussed a number of strategies to be executed at both the state and local levels to support a more equitable distribution of effective, in-field and experienced teachers.

As currently drafted, local districts are charged with recruiting, developing and retaining quality teachers through various strategies like grow your own programs, mentorships for teachers of color and creating hiring incentives. At the state level, the folks at MDE and elsewhere would be responsible for supporting this work through regularly updating the state plan, providing districts with support to examine and address equitable access gaps — through resources like the Regional Centers for Excellence — and pursuing any necessary policy changes.

Reflecting on the feedback received Wednesday evening, Livingston recognized the need for state entities like MDE to offer more support for existing initiatives to strengthen the teacher pipeline.

“I felt this may have been the first opportunity where I was hearing, at least directly to me, ‘Hey Tyler, hey MDE, come over and join us, we’re already on the tip of the spear. Come help us out,” he said. “That was heartening and exciting for me, and is work I’m really interested in pursuing.”

Livingston announced he’ll be convening a new planning committee, composed of about five to eight volunteers, to help update and implement the state’s equitable access plan as things more forward.

“I think it’s important that all of us in the profession recognize this is work that needs to happen, that this is work that probably best happens at the local level with support from community stakeholders, with support from the state and other support providers,” he said. “And if there are barriers that are beyond a district’s control, we hope that districts will raise those up to us in that state-level committee.”