It makes for an awkward situation when new leaders inherit a bad report card based on the work of their predecessors. But it’s a reality nine new board members of a 15-member board that oversees the Perpich Center for Arts Education — along with a pending new executive director — will need to address if they hope to salvage the state’s signature arts agency that operates two schools: the Perpich Arts High School, located in Golden Valley, and Crosswinds Arts and Science School, located in Woodbury.

Spurred by concerns about the management of Crosswinds that Legislators had been receiving from constituents, they flagged the agency last year for both a financial and a program evaluation through the state Office of the Legislative Auditor. In the interim, the agency experienced some significant turnover in its leadership: former board chair Pierce McNally unexpectedly resigned in September and the agency’s executive director since 2010, Sue Mackert, retired Jan. 2.

State auditors presented their findings yesterday morning in a highly critical two-part evaluation of the Perpich Center, laying out the agency’s weaknesses and their recommendations.

In a preface to the findings, deputy legislative auditor Judy Randall told those on the House Education Innovation Policy Committee the severity of the findings was on par with those unveiled by the audit conducted last year on the state’s broken teacher licensure system, which she’d recapped for this group two days prior.

“At that time, I told you it was unusual for our office to release findings that were so strong and had so many findings. Unfortunately, we are here again with a similarly strong report. It’s another report with broad and significant concerns,” she said. “We found significant problems with board oversight. We found significant problems with the agency leadership and management. The schools have poor test scores and there’s declining enrollment. In other words, we found a lot to be concerned about.”

The Legislature created the Perpich Center in 1985 — back when there were fewer arts-focused public school options. It’s initial mission was twofold: to operate the Perpich Arts High School, which opened in 1989, and to provide arts education outreach and support to K-12 schools throughout the state.

The public high school serves students in grades 11 and 12, who apply through an admissions process, and is equipped with a dormitory to accommodate students who don’t live nearby. According to statute, “the board must plan for the enrollment of pupils on an equal basis from each congressional district” and is capped at 310 students.

According to the report, in 2016, 78 percent of these students came from the seven-county Twin Cities area. Joel Alter, the lead auditor on this project, conceded it’s a part of the law that may be open to interpretation. But it’s just one of many trends that seem to be headed in the wrong direction, including student enrollment — which declined from 306 in 2011 to 187 at the start of the current school year — and students’ proficiency on standardized tests.

While the numbers drew widespread concern from Legislators, many still voiced support for the state arts agency and hope that it can be restored to fulfill its original intent. That work includes a number of outreach efforts like assisting low-performing schools in using the arts in turnaround efforts and developing arts integration lesson plans that teachers across the state can use as a resource. 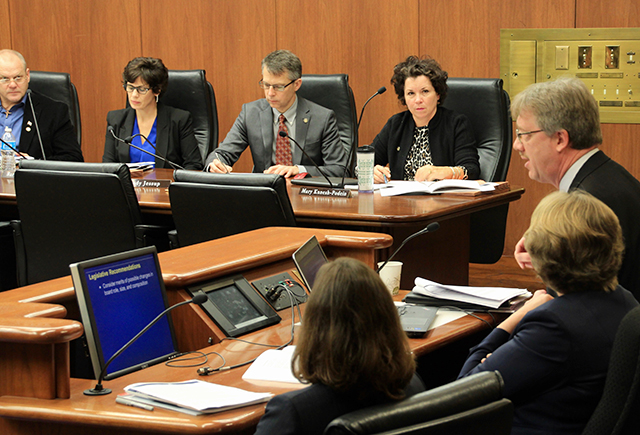 According to the audit, the agency has not been fully complying with statutory outreach requirements, a finding reflected in the fact that, as reported by Alter, the agency’s outreach programs only reached 2 percent of public school teachers in 2016. This shortcoming could be attributed to financial constraints the agency has been experiencing. The agency’s general fund appropriations declined from $7.24 million in 2000 to  $4.23 million in 2016.

The budget crunch has intensified since 2014, when the agency took over operating responsibilities for Crosswinds Arts and Science School, a 6-10 integration magnet school located in Woodbury. Crosswinds was formerly managed by the East Metro Integration District.

Board governance was a major focus of the audit and committee discussion. As a state agency, the Perpich Center is managed by a 15-member board, all of whom are appointed by the governor to serve four-year terms. Given the recent turnover on the board, Rep. Susan Ward, DFL-Woodbury, reported she’d received word from the board’s interim chair that they’d be electing new officers in February.

They will be inheriting a mandate to get things straightened out. The committee chair, Rep. Sondra Erickson, R-Princeton, says she’ll be following up with the board in six weeks.

In presenting his findings to Legislators, Alter said, “Our report says that the Perpich Center’s governing board has not provided the agency with enough direction and oversight. The board has not been sufficiently transparent and accessible to the public.”

Calling out some examples, he noted the board only evaluated the most recent executive director twice in seven years. The board has also not adopted a strategic plans or goals in about nine years, provided sufficient oversight of school operations or reviewed agency budget proposals prior to submission to the governor. 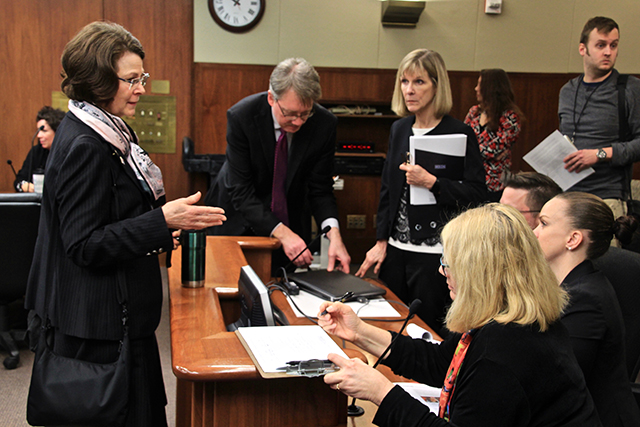 Alter also said he didn’t find evidence of a single dissenting vote from the 15-member board over a six year period between 2010 and 2016. “I think that was something striking to us,” he said.  “There are ususally internal differences within a board and you would generally see  [that] showing up.”

In terms of transparency, Alter found that in a sample of 20 recent board meetings, the board only offered an opportunity for public comment on three occasions. Likewise, meeting minutes were only recently posted online and were incomplete. Board members only recently posted their individual contact information on the organization’s website.

In terms of school administration, the agency will have to address a number of communications and financial issues, as revealed by the financial audit. The report laid forth a dozen findings and recommendations, including a number of prior financial audit findings that the center had failed to resolve. “Really, throughout the scope of what we looked at, there were many errors in transactions and weaknesses in controls,” said deputy legislative auditor Cecile Ferkul.

Speaking on behalf of the new board members, Perpich Board Member Julie Workman assured Legislators that the those who’ve recently joined are up to the task of turning things around.

Her testimony came after Alter had presented four possible scenarios to the committee: leave things as-is, drop Crosswinds, drop both schools and only do outreach, or eliminate the agency altogether. If the agency were to stop managing the schools, both could possibly continue to operate as public charter schools.

“These are some pretty stark findings in this report and those pose some fundamental questions about where to go with this agency and this school,” Alter said in an interview after the meeting. “For an agency like Perpich — which is very small — this brings up some questions about its future.”

While he added it seems “conceivable, to me, that Crosswinds could be fixed moving forward,” it seems likely lawmakers will enter some intense debate over how to best give the agency some much-needed direction.

“I think Perpich can be salvaged,” Erickson said, noting she has greater reservations over keeping Crosswinds under the direction of the Perpich Center. “Whether or not it can be sustained as a state agency — I don’t know.”