Last Friday afternoon, Sarah Colin’s classroom at West Junior High in Shakopee was humming. Hunched over her sewing machine, Amy Leivestad, 12, guided a connect-the-dots worksheet across the bobbin, watching a threadless needle puncture holes in it. She’s only a seventh-grader, but she already has an inkling that the skills she learns in this sewing class — where she’ll eventually learn to sew a pair of mittens, or a bag, or whatever other item she chooses to make for her final project — may come in handy later on.

“I could see this as a career,” she said, noting she’s already signed up for a design class, as well as an architecture class, for next year. “I like designing things. I’m very creative, and sewing is fun.”

Seated across the room, Shivani Muthya, 13, says she doesn’t plan to make a career out of her sewing skills. But she does find value in being able to express herself and in being able to fix things on her own.

“Gender roles sort of influence this,” she said, scanning the all-female room. “I wish we could break down the barriers and guys could take this without being ashamed.”

It’s the sort of thing Colin would like to address as well. But, more important, she’s interested in making sure students have an opportunity to explore trades within the Family and Consumer Sciences (FACS) field — whether it be fashion and design, culinary work, interior design or more — while they’re still in middle school so they start to develop a sense of where their career interests lie.

That’s the premise for the district’s new academies model, which will go into full effect in the fall of 2018. High school students will enroll in one of six pathways that each have a different concentration, ranging from arts and communication to health sciences to engineering and manufacturing.

Colin’s says she’s fortunate to be working in a district that’s expanding its career and technical education (CTE) course offerings. Her pathway into the profession, however, wasn’t nearly as straightforward as she’s hoping it will be for her students. She graduated from St. Kate’s with a degree in fashion merchandising, planning to open a small boutique. After working for about nine months as a business analyst at Target, she decided the best way to get back to her passion for fashion was to become a FACS teacher. And that meant following in her mother’s footsteps.

Crisis beyond the exceptions

“Really, I never went into teaching originally because my mom was a teacher and I was just stubborn and didn’t want to do what she did,” Colin admits. [Full disclosure: I graduated a year behind Colin. We played basketball together and her mom, Beth Schneider, was our home ec teacher when we attended Shakopee Senior High.]

With her mind made up, Colin went back to St. Kate’s for an additional three years to take the required undergraduate FACS courses, while simultaneously working toward a master’s in education so she’d be licensed to teach. All the while, she worked as a substitute teacher in Shakopee to get her feet wet. Thanks to support from her family, she says, she completed school debt-free. 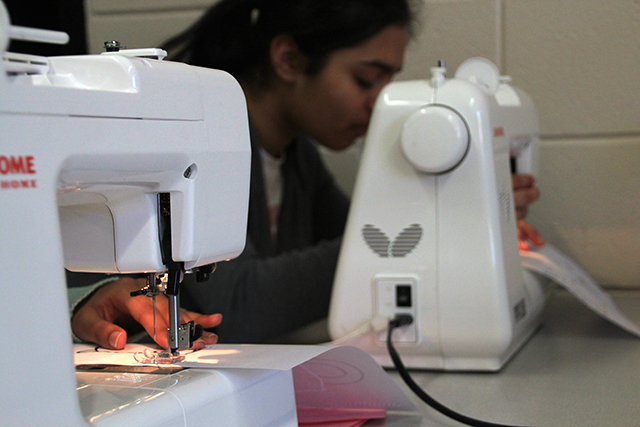 MinnPost photo by Erin Hinrichs
Shivani Muthya, background: “I wish we could break down the barriers and guys could take this without being ashamed.”

But not all schools, especially those in rural Minnesota, are having luck finding licensed CTE teachers to prepare students for some of the most in-demand workforce positions. This supply issue is multifaceted. For prospective teachers, it involves multiple barriers to licensure; for those who are qualified to teach, the lure of more lucrative industry positions often pulls them away from teaching.

As state lawmakers look to repair the state’s teacher licensure system wholesale, many are looking at ways to bring creative solutions to CTE licensure into the fold.

“It’s a situation we as a legislature need to address, or were going to have a serious problem with the workforce here in Minnesota. It’s definitely something that will affect our future workforce,” Sen. Greg Clausen, DFL-Apple Valley, said in an interview. “I think right now we’re close to a very serious problem. Depending on your community, it’s an extreme problem for people.”

‘Took the back seat’

As exhibited by Colin’s sewing class, in many ways, the basics of some CTE classes haven’t changed much. Students are still learning how to thread a sewing machine and hand sew a button. But nowadays they’re also using Pinterest as a source of creative inspiration and being challenged to approach their work with an entrepreneurial attitude, coming up with their own final sewing and design projects.

But somewhere along the way, the trades programs lost momentum in the schools. Stephen Jones, superintendent of Little Falls, thinks the concerted efforts to get students college-ready, starting in the late ’90s, pushed programs like College in the Schools and PSEO to the forefront of the “college and career-ready” agenda. And CTE programs, he says, got lost in the mix.

“The hands on, blue-collar type skills, jobs preparation, kind of took the back seat while resources were funneled the other way,” he said. “What we’re seeing in this state is a reverse of that — not necessarily at the expense of college preparation, because we all know that’s still important — but finally we’re seeing the necessary emphasis return to CTE, where it should never have left. I think it’s refreshing.”

Current and projected workforce demands are largely responsible for bringing attention back to the need for CTE programs in secondary schools, so students are exposed to these career options early on. By 2020, 65 percent of all jobs in the U.S. will require some form of postsecondary education. Career and technical education certificates and two-year associate’s degrees can be a good fit for a number of students, enabling them to avoid amassing, say, $100,000 in college debt for a job that’s only going to pay something in the range of $30,000 a year, says Troy Haugen, a Perkins consortium leader who coordinates CTE program funding for 26 school districts in west-central Minnesota.

Two of the main sectors that fit this “high-wage, high-demand” description, he says, are health care and manufacturing. Yet the number of skilled nurse aids, prepared to help take care of aging baby boomers and those with the skills to build, fix and maintain automated machines simply aren’t keeping pace with industry demand.

As schools look to expand their CTE course offerings, they’re coming up against a fundamental roadblock: The CTE teacher pipeline needs to be fixed.

In a recently published Minnesota Department of Education report, a CTE licensing advisory task force reported that roughly a third of CTE teachers are working in the classroom under a special permission license. These licenses are intended to serve as temporary placeholders while teachers work toward attaining licensure. In reality, though, they end up being misused as long-term solutions that present somewhat of an administrative headache and level of uncertainty for teachers.

One of the major holdups, as outlined in the report, is that all Minnesota teaching licenses require a four-year baccalaureate degree. This doesn’t align well with CTE industry standards, which often don’t require a four-year degree. When it comes to CTE-specific teacher preparation programs, the vast majority have been suspended or permanently closed, largely because enrollment in these programs had dwindled to the point where it was no longer financially viable to keep them running. 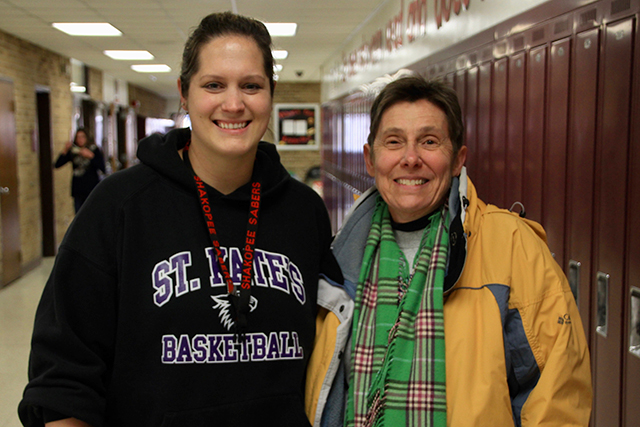 This presents a bit of a crisis, considering the state Department of Education predicts career-oriented teachers will be some of the hardest to come by, along with special education, science, math, English as a Second Language, early childhood teachers and more.

Even when CTE teachers acquire a four-year degree and teaching license, there’s still the possibility that they’ll shift career tracks and take a higher-paying job in the private sector.

Teacher retention, in general, is an issue that’s been getting lots of attention in recent years. The Minnesota Department of Education reports that within three years, a quarter of all new teachers leave the profession, with 15 percent leaving after just one year.

Both Haugen and Jones served on a legislative task force that looked at ways to help address the CTE teacher shortage through an improved licensure process.

“We still want high-quality teachers with a strong background. We’re just looking for alternative pathways to get to that high quality,” Haugen said. “We want the opportunity to look at licensure in a different way, in a meaningful way that’s more reflective of business and industry but does not necessarily say it’s of lesser quality.”

Clausen is authoring a bill that would allow those experienced in the trades an alternative pathway to teacher licensure. He says his proposal will prioritize certain credentials like an associate’s degree in the content area they want to teach, industry-recognised credentialing or licensure and a minimum number of hours of work experience. Those who meet these standards will be allowed to teach under the mentorship of a licensed teacher while they work toward licensure.

Rather than having to pursue a four-year degree, however, candidates would have the option to complete a two-year degree that would provide them with the fundamentals of teaching, like pedagogy and classroom management. This shift would bring the licensure requirements of secondary level CTE teachers more in line with licensure requirements of postsecondary CTE content instructors.

“We have people who certainly have the skills to teach the course. But they don’t have that teaching component,” Clausen said. “What we’re trying to do is meld those two together.”

A snapshot of Minnesota’s teacher shortage: Where are all of the career and technical educators?