Opponents of his proposal feared that removing the “willful” qualifier would make it too easy for educators to suspend students, which raised equity concerns, since data shows that black, Hispanic and Native American and special education students — boys in particular — are far more likely than their white peers to be removed from the classroom for engaging in disruptive or disorderly behavior.

At the same time, teachers, administrators and school district attorneys voiced concerns that the current law put the proof of burden on schools and districts to prove that a student had willfully violated a school policy or intended to cause harm is too great. Students can simply feign ignorance, they say. And with the rash of student-on-teacher assaults in the St. Paul Public Schools last year, there’s been pressure to prioritize teacher safety and school climate over reducing discipline disparities.

Looking back, Kresha admits he came into that committee hearing a bit naive, thinking he could simply get the conversation started.

But after listening to those who came forward with concerns, he recently authored a discipline-related bill that strikes a very different tone. His new discipline bill, H.F. 1920, would require that alternatives to exclusion, like positive behavior interventions and supports, be used prior to exclusion. With the establishment of state funding, it would also require districts to provide training opportunities for teachers to learn about these alternatives, along with the impacts of exclusion on students’ “learning and career and college opportunities.”

“It’s really [about] addressing what that kid’s needs are, and that’s really, really hard,” Kresha said, noting teachers aren’t trained on how to help a kid navigate all of the compounding factors like poverty and family dynamics that influence their behavior. “So if we could do more education around that, if we could try to prepare people for those conversations, I think that that’s helpful.”

It’s a position that equity advocates can get on board with. Josh Crosson, senior policy director with Ed Allies, found himself on the defensive when Kresha presented his first discipline-related bill. But after discussing his concerns with Kresha, and offering input on this new piece of proposed legislation, Crosson thinks that Kresha’s expressed intent to simply start a much-needed conversation was genuine.

“Personally, I think Rep. Kresha is a one-in-a-million Legislator in terms of wanting to bring communities together and finding solutions to really tough problems,” Crosson said. “I have faith that the education chairs and the house and senate leadership are gonna look at the the new bill that Rep. Kresha introduced and start to think about different ways to improve students’ behavior, rather than dismissing them from school and from class.”

A co-author to the bill, Rep. Carlos Mariani, DFL-St. Paul, was out of the state when Kresha’s first bill to remove “willful” had its hearing. Still, he says he understood, pretty clearly, that it had “created a lot of angst.” But Kresha’s new discipline-related bill is something he can get behind.

Earlier this week, Mariani actually introduced a different piece of legislation, H.F. 2109, that essentially includes the same elements: prioritizing non-exclusionary disciplinary actions over suspensions and expulsions, and allocating state dollars to fund trainings for teachers to learn these strategies and better understand the impacts of keeping students out of the classroom — plus a number of additional measures aimed at curbing disparities in suspensions and expulsions. 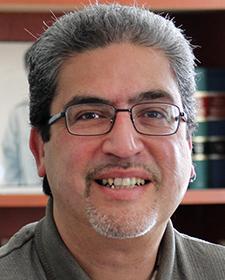 Mariani explained that the so-called “Student Inclusion and Engagement Act” requires things like increased data collection and measures to create a fair due process for students who do end up being dismissed. “Students have rights. It shouldn’t be a burden that’s heavily carried by them,” he explained. “The burden really is on the school district, the school, to be able to re-engage the student once they return, explain why a non-exclusionary practice wasn’t used.”

His bill is backed by a broad coalition of communities of color and education-reform groups, including the Minnesota Education Equity Partnership, the group Mariani leads that has been running a “solutions not suspensions” campaign for years. In fact, it was introduced last session by Sen. Sandy Pappas, DFL-St. Paul, but it never got a hearing. “My only explanation for why it doesn’t move is because its political capital does not reside within either party or inside of our educational delivery system,” Mariani said. “Its critical mass really is with communities of color. Our big challenge is: How do we continue to engage with schools, education associations, teachers unions … to be able to get that to a point where they consider, seriously, what I think are pretty responsible approaches?”

At least for this session, he’s hoping that Kresha’s bill gains traction. Since Kresha is in the majority, there’s a good chance of that happening. Even so, Kresha anticipates they won’t come to a perfect solution this session. It’s likely something they’ll continue to hash out over the summer and fall, he says, when people are able to set emotions and dollar figures aside.

“Last year there was a lot of drama that was accentuated by some bad incidents that happened that the broader media ran with. In my opinion, it should have created a more measured, fuller conversation and policy making. Instead, it did what sometimes happens up here — it provided a real easy, cheap way to exploit the issue,” Mariani said, noting the issue got boiled down to teacher safety.

That’s not something he’s arguing against, he added. But he fears it distracted his colleagues from addressing a much more challenging dilemma. “The issue really is: What are we doing, in our society, that produces the kind of horrible disparities that we have with our discipline practices?”

After a contentious roll-out, legislators move toward consensus on school-discipline rules