Before Be Vang became an educator, she went through the public school system as an English language learner. So when she speaks today, on behalf of the multilingual families she serves as principal at Mississippi Creative Arts School in St. Paul Public Schools, she’s able to relate to the educational barriers — including low expectations — that English Learners often face.

“I feel like for a very long time, ELs are constantly and persistently being perceived as children with deficits,” she said, adding that their lack of English skills obscures the fact that many actually come with an educational foundation.

Under the state’s expiring federal education accountability plan, English Learner (EL) students who were new to the country within the last 12 months were exempt from taking state tests measuring academic growth and proficiency. That meant that educators had no baseline data on how well these students grasped math and reading skills for an entire year.

At face value, it may seem discouraging to ask a student who still has a weak command of the English language to take a standardized test. But Vang says not collecting this data on them is actually shortsighted. “What we don’t understand is these children have gone through such more horrific things than sitting down and taking a test,” she said.

The key, she continued, is making sure these students feel well-supported. An adult can’t translate the actual test questions, she said. But they can help translate the test instructions, encourage EL students to do their best, and emphasize how their test results will be used to better inform EL programming.

“If we don’t include ELs into some of these conversations and practices, the message we’re really sending is: ‘You don’t matter,’ ” she said.

Her message was well received by those at the Minnesota Department of Education, which is busy drafting the state’s new federal education accountability plan — the Every Student Succeeds Act, commonly known as ESSA. That plan is due to the U.S. Department of Education for review on Sept. 18, with implementation set for the 2018-19 school year.

Leigh Schleicher, with the state Department of Education, says Vang — along with 17 other school administrators, EL coordinators, parent liaisons and education advocates who served on the Minnesota Multilingual Equity Network — influenced policy decisions made at the state Department of Education by gathering and relaying input from the wider EL community in Minnesota.

“You’ll see it reflected in [our] ESSA plan — that the focus needs to be on growth and not just proficiency,” she said at the group’s policy brief launch event at the Amherst H. Wilder Foundation in St. Paul Wednesday evening. “Without this partnering with the community, that message would not have come across as it did.” 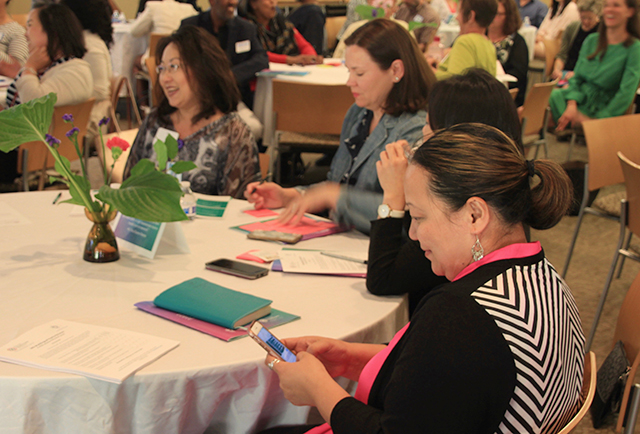 MinnPost photo by Erin Hinrichs
Bo Thao-Urabe, executive director of CAAL, tweeting about the release of the policy brief.

EL advocates are largely applauding the new accountability system as an opportunity to reframe EL students as a core part of the student body, rather than a tangential group. That’s because English language proficiency scores for this student group will now be included in the state’s general accountability system — alongside proficiency and growth on standardized tests, graduation rates, and one other indicator of student success or school quality — as opposed to being captured in a separate evaluation system. But even with this paradigm shift, local advocates say there’s room to build in even more assurances that ELs are being given access to an equitable education.

“When the federal government redrafted the ESSA, it placed strong EL — I prefer ‘Emerging Multilinguals’ — but EL and DLL [Dual Language Learner] accountability measures smack dab in the middle of the federal accountability system,” said Rep. Carlos Mariani, DFL-St. Paul, who serves as the executive director of the Minnesota Education Equity Partnership (MnEEP). “When it comes to a legal statutory federal law framework, we are in a different era, relative to EL students. And it’s up to us to be able to seize that opportunity so that we create really powerful experiences and outcomes for these students.”

In an effort to ensure the needs of EL students are best captured in the state’s new ESSA plan, MnEEP partnered with the Coalition of Asian American Leaders to draft a policy brief that they formally presented to members of the state Department of Education Wednesday evening.

Over the course of the past year, they’ve been meeting with members of the group’s 18-member advisory board and hosted three community events — in the St. Paul school district, the Minneapolis school district, and the Faribault school district — to gather input from nearly 100 additional parents, educators and community members most attuned to the needs of the EL student population.

“We want to make sure that families of the EL community are empowered to be part of the general education accountability conversation,” said Aara Johnson, the policy fellow for the initiative who took the lead on drafting the policy brief. 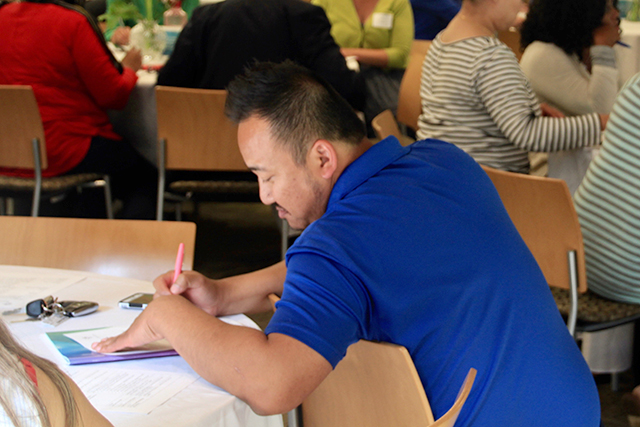 Across the state, ELs are the fastest growing segment of the student population. Over the past two decades, this student group has increased by 300 percent. According to the state Department of Education, during the 2015-16 school year, 8.3 percent of studenl in the K-12 public school system were identified as ELs. The Twin Cities districts have the highest concentration of ELs, but a number of suburban and rural districts, like Rochester, Osseo, Elk River and Wilmar, are seeing an uptick in EL enrollment as well.

Yet state data show these students are testing far below their peers in math, reading and science. They’re also only graduating at a rate of 63 percent, compared to the statewide graduation rate of 82 percent.

While state legislators adopted the Minnesota Learning English for Academic Proficiency and Success (LEAPS) Act in 2014, a fairly comprehensive policy geared toward closing these gaps, advocates say more needs to be done. And the opportunity to align these two policies, they say, may bring some much-needed momentum to putting these supports and accountability measures into practice.

The group’s policy brief includes seven key recommendations for inclusion in the state’s ESSA plan. In addition to including baseline standardized testing data on newcomers, members of the group are also asking that the state refine policies and add resources to better support family engagement, access to native language curriculum, and more. They’re also asking for the state to standardize the entry and exit criteria used to connect students with EL services, so all EL students are getting the same treatment across the state.

“Now every school in the state serving ELLs [English Language Learners] are held accountable for their ELLs,” said Stephanie Graff, chief accountability office at the state Department of Education. “That shifts our work as educators and community members and advocates to ‘ELLs are not for ELL teachers to deal with. ELLs are all of our kids.’ It’s a small shift in law, but a significant shift in opportunity.”