When Nick Gustafson, 18, applied to North Hennepin Community College to pursue a degree in nursing, he realized he’d have to address his “love-hate relationship” with math before he could enroll in any credit-bearing math courses this fall.

“I have to go over it multiple times,” he said, adding he was constantly seeking tutoring help at Champlin Park High School. “Every summer, I would come back to school and wouldn’t know anything again, so I would have to go over it again for review.”

When he took a college-ready skills assessment called the accuplacer, he scored just below the cutoff point. Administrators at the college had him take it again, but his score didn’t improve enough. So they told him he’d need to take remedial coursework in math.

These courses serve as a steppingstone for students in need of a primer in math, reading or writing. But they typically come at a cost. Students have to pay to enroll in these courses, even though they don’t get to count the credits earned toward their degree.

Gustafson has an opportunity to avoid this added college expense. Thanks to a donor-funded pilot program launched at eight Minnesota State colleges this summer called the Summer Scholars Academy, he’s getting his remedial math course out of the way without racking up extra tuition fees. He’s also benefiting from a number of built-in support services like tutoring and college advising.

“It’s kind of given me a view inside of what the North Hennepin Community College looks like and what I’ll actually be going through,” he said. “I kind of get a head start, so I’m not confused with all of the math and textbook work.”

A boost, not a heavy lift

Roughly 200 incoming freshmen are participating in the program this summer. And there’s enough funding to keep it running, at this volume, for the next three summers. Minnesota State administrators hope this is enough time to study how effective it is and figure out a way to scale things up in a sustainable way.

Pakou Yang, systems director of P-20 and college readiness at Minnesota State, said the program is modeled after other proven summer bridge programs, including a more well-established program run out of The City Univeristy of New York. Within the Minnesota State system, similar initiatives already exist at some campuses, like Saint Paul College and Rochester Community and Technical College. But it’s a new offering for most participating colleges and an opportunity to enhance programming and support services offered through the Saint Paul College program.

In designing the program, administrators decided to channel these resources toward students like Gustafson, who tested closest to the proficiency benchmark measured by the accuplacer test. According to Doug Anderson, director of communication and media for Minnesota State, the eight participating colleges had a total of about 9,000 applicants who had test scores in the ranges used to determine eligibility for the Summer Scholars Program.

“The gift from Beverly and Richard Fink grows out of their desire to reduce disparities in student success caused by financial and academic challenges,” Steven Rosenstone, chancellor of Minnesota State, said in a press release. “Addressing these challenges is key to closing opportunity gaps for underserved communities, and it is my hope that we can grow this program statewide to reduce gaps in student success throughout Minnesota. We are profoundly grateful for their generosity.”

A 2012 study by Complete College America, a national nonprofit group focused on closing disparities in higher education, found that more than 50 percent of students entering two-year colleges and nearly 20 percent of students entering four-year universities are placed in remedial classes. And for those who start out taking remedial coursework, fewer than one in 10 graduate from community colleges within three years; just over a third complete bachelor’s degrees in six years. 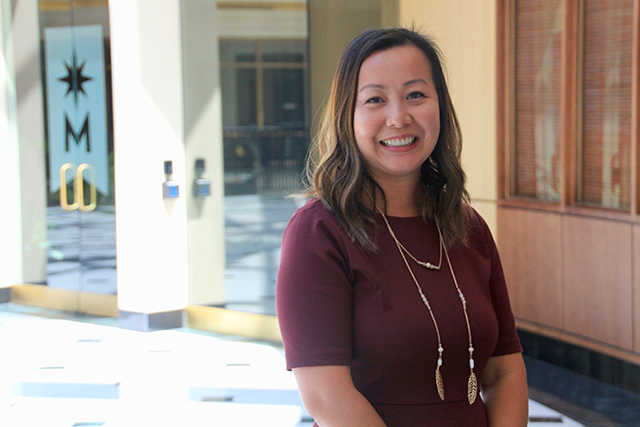 Yang says they have a strong evaluation system in place to track how participants in the Summer Scholars Academy do when it comes to things like degree completion, and enrollment and success in courses this fall and spring.

“We’ll be disaggregating data by age, race, ethnicity, gender, Pell eligibility — to make sure students from all walks of life can be successful in this type of programming,” she said.

The program offers free remedial classes in reading, writing and math. Depending on how they test on the accuplacer, students can take just one, two or all three core academic classes while enrolled in the summer program.

In addition, they have access to tutors, an adviser, and other support services to help prepare them for the transition to college. At a minimum, participants are required to attend one tutoring session and meet with an advisor twice. These resources look a bit different at each campus, Yang says, but they all entail guidance on things like how to apply for financial assistance, how to form strong study habits, and how to register for classes. Students are also given transportation support, either in the form of a bus pass or a gas card. And to incentivize program completion, students can earn an award of $150 to apply toward fall tuition at a Minnesota State college or university

“What we’ve found from the research in developmental education is it’s not the courses alone, but you need to address the holistic components of a college education,” Yang said.

Most summer programs begin next week and will run for three or four weeks, with each class meeting twice a week. The program got a head start at North Hennepin Community College. Three weeks into the program there, Diamond Doby-Cathcart, 34, says she’s hoping to benefit from the remedial courses in reading and writing that she’s been taking.

Coming back midcareer to pursue a more advanced nursing degree so she can become a flight nurse — that’s a registered nurse who specializes in providing care to patients as they’re being transported to a hospital, for things like emergency care — she’s also in need of remedial math credits as well. Even though a remedial course is offered through the summer program at no cost for students, she’s on her own for this one.

“I’m not taking math because I didn’t score high enough to get in. So I have to take a whole course,” she said, voicing her chief complaint with the program. “If you score low, you should be able to go into the class.”

It’s a situation Yang says she’d like to see resolved in the future, if they’re able to expand free remedial course offerings to incoming students no matter how low they score on the accuplacer. But for now, she says, they needed to set some parameters around how much ground they expect students to cover in such a compact timeframe. Because upon completion of the summer program, the hope is that participants will be able to test out of that remedial course either by retaking the accuplacer or getting a passing grade in their summer course.