Before welcoming students back to Risen Christ Catholic School — a private school based in Minneapolis’ Powderhorn neighborhood — teachers and school leaders sat down to revisit some new student data they’d collected from their middle schoolers last year. The self-reported student surveys gave them insight on things like how much students think teachers value their opinions and how comfortable they are being themselves at school.

Looking at everyone’s responses, a couple of things stood out, said the school’s principal, Liz Ramsey. Students indicated they didn’t feel they had much of a voice in what happens at school. And while they started out the year largely believing their intelligence isn’t fixed — but, rather, something to be built upon over time — many finished the school year feeling disillusioned.

Ramsey says they realized this dip in confidence may have had something to do with the fact that students took the second survey right after standardized testing season. “That tells us we need to do a better job preparing kids for those tests and helping them understand that it’s a snapshot of what they know — it’s not the final word,” Ramsey said.

In seeking to boost student engagement, school leadership connected last year with the Search Institute, which was looking to test a new program called REACH: Relationships, Effort, Aspirations, Cognition and Heart. “To say this program is a reason for a change is hard to say,” Ramsey said. “But from the data and the trends teachers share, we could say it’s making a difference.”

The REACH project is hardly the first initiative to tackle this popular, yet murky, piece of education reform. Most educators are well aware of the need to keep their students interested in the lesson material and to forge strong relationships. But Eric Kalenze, director of education solutions at the Search Institute, says the REACH program is about more than a set of ideals and philosophies about engagement. Based in developmental psychology, it’s about strategically tapping into students’ interests, to build relationships that ultimately motivate them to make the most out of their educational experience.

“In a time right now where a lot of educators are well aware of how important relationships are to motivation, they’re generally given kind of fuzzy advice on how to do that,” Kalenze said. “Here are some things we actually know about how kids develop that might effectively help you build relations, as opposed to just being nicer.”

Kalenze and his colleagues at the Search Institute provide schools with an 85-question student survey to administer at the start of the school year. Based on the findings, school teachers and leaders decide which components of student engagement they’d like to focus on improving. Depending on the school’s interest level, they can hire Search staff to do an on-site professional development training and purchase a guidebook that spells out specific classroom activities and new communications strategies. 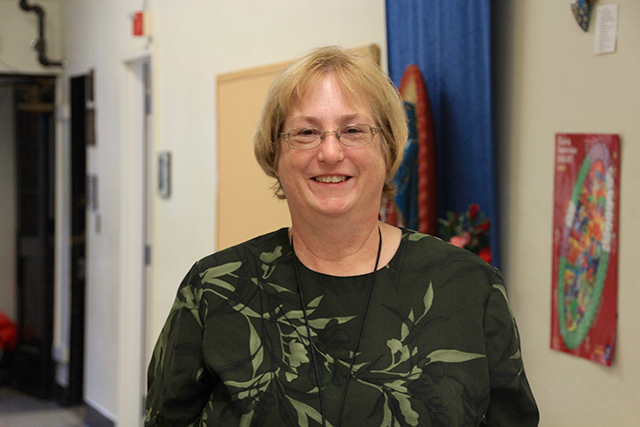 MinnPost photo by Erin Hinrichs
Risen Christ Catholic School Principal Liz Ramsey: “From the data and the trends teachers share, we could say [the program is] making a difference.”

Educators are often inundated with students asking,”Why do we have to do this?” Kalenze said. A former teacher in the Osseo district, Kalenze said he was always looking for research-based ways to address students’ apparent lack of interest. But he wasn’t always satisified with what he found.

Now that’s he’s working with schools across the state looking to implement the REACH program, which was largely developed by the Institute’s CEO, Kent Pekel, Kalenze can offer some pretty simple pieces of advice to educators that are grounded in what researchers know about the human brain and development.

For instance, referencing the findings of cognitive linguists, he said a common conversation with educators may be focused on how to tap into the things students value to convince them that what they’re learning is important. “It’s knowing what individuals’ values are and attempting to appeal to them on a values level, because that’s what we tend to make our choices based on,” he said. “Then getting teachers to work on: Are you actually hitting kids at a values level when you’re telling them to engage in something that’s boring, but important?”

Based on student insight gleamed from the REACH surveys conducted last year at Risen Christ Catholic School, Ramsey says her team is gearing up for a couple of key changes this year. First, everyone has agreed to strengthen efforts to adopt more growth-mindset language — the types of feedback and mantras that empower students to stay focused on their capacity for continual growth and improvement. The easy part was posting examples like “This may take time and effort” on classroom walls to serve as reminders for students.

The more challenging part is embedding this language into the school culture. The vast majority of the students at Risen Christ Catholic School speak Spanish at home, and to help reinforce their message, Ramsey says they’ve decided to be more intentional about bringing parents on board with this initiative this year so that students are hearing these messages in both English and their native language at home.

Heading into their second year implementing REACH, Senne says they’ll be continuing to expand upon a number of small changes that helped improve student-teacher relations and, in turn, more fully engage students.

This fall, during their advisory period, they’ll start with the student survey and a few activities designed to capture what students are most interested in. A few weeks later, they’ll do an activity to plant the seeds for adopting a growth mindset, which they’ll revisit this winter when some are tempted to start shutting down as the content gets more difficult. They’ll also spend time reflecting on relationships and expressing gratitude by writing a letter to someone who’s been a positive influence in their life. At the end of the year, they’ll write a letter to their future selves, laying out their aspirations, that they’ll get back their senior year. 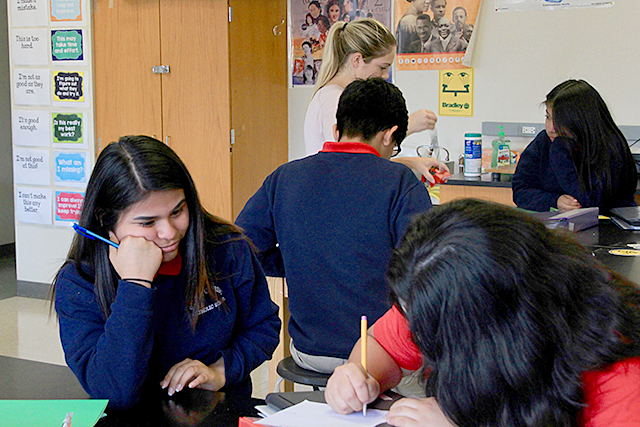 In addition to these so-called “anchor activities,” Senne says teachers have developed REACH lesson plans specific to their content areas. For instance, the science teacher will be tackling the concept of effort by exploring the mechanics of the brain and how it needs to be exercised just like any other muscle.

As part of their work with the Search Institute, they’ve developed a perseverance team, which meets on a monthly basis to plan staff trainings and pilot new REACH activities in their classrooms. The REACH project is not a magic bullet, Senne says, but it’s keeping him and his team focused and accountable.

“It’s embedded in our school day. It’s not necessarily something that’s new. It just refocuses our lessons for our teaching staff on the importance of educating the whole child,” he said. “Our curriculum is part of it, but the social-emotional part is critical, especially working in a middle school.”

Tina Hanneken, the REACH coordinator for a group of small, rural schools in central Minnesota, agrees the Search Institute is providing schools with strategies and structure that’s often lacking when it comes to outside resources promising to enhance students’ social-emotional skills.

“Research has always been saying relationships are important, connecting with kids is important. But one thing that’s never really said is how to develop those relationships with kids,” she said. “Sometimes that comes more naturally for one adult than it does for another.”