High schoolers poured onto local college campuses last week, over the four-day weekend made possible by the annual Minnesota Educators Academy conference. As they criss-crossed the school grounds, touring the classrooms and dorms — whether they realized it or not — many of them won bonus points with admissions staff that may end up working toward their advantage.

Assuming their application meets the college’s academic criteria, how a student asserts their interest in the school can impact their odds of being recruited, or even getting an acceptance letter in the first place.

In the higher education realm, this factor is called “demonstrated interest.” It encompasses everything from phone calls to the admissions office, emails to professors and campus visits to engagements on social media.

Across the country, a number of selective colleges use this record of points of contact to compute a prospective student’s interest level. While it’s never the top factor under consideration, these colleges are using “demonstrated interest” as a means to differentiate between students who are casting a wide net and students who actually plan to enroll. Selective colleges aim to limit the number of students they admit. In order to do that, they need to be able to accurately project enrollment numbers.

In Minnesota, it appears that many of the selective private colleges are tracking prospective students’ demonstrated interest. But they’re not placing an algorithm on it and factoring it into admission decisions in any formal way. Prospective students, however, would be wise to start thinking about it in more of a strategic way.

At Carleton College, Paul Thiboutot, vice president and dean of admissions, says his office does track who comes to visit and what sorts of contacts the college has had with individual prospective students. But rather than compute a demonstrated interest score for each student, to be factored into any admissions decisions, Thiboutot says they use this information in more of an anecdotal sense when trying to decipher between applicants who otherwise appear to be very similar.

Say they end up with two or three students whose qualifications look very similar, he said, offering an example. But they know that one came for an overnight and addressed the “why Carleton?” question well on their application.

“We may give that student an edge,” Thiboutot said, noting it’s more of a common sense approach, responding to students who seem genuinely interested in the school.

That assessment, however, isn’t blind to things like a candidate’s physical proximity to Northfield, where the campus is located. While something like a campus visit may be used to distinguish one Eagan student from another, with similar credentials and interests, it’s not counted as a strike against a student from Alaska who didn’t make the trek, Thiboutot explained. Likewise, realizing that physical proximity doesn’t equate to equal opportunity, they consider a student’s background and financial means as well before using something like a campus visit to differentiate between a pool of otherwise similar candidates. 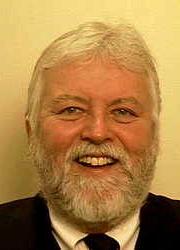 There’s no distinct advantage, however, to sending a thank you card in the mail after a campus visit or emailing the admissions office constantly, he added.

“We’re not tracking to say, ‘We have eight emails for a student,’” he said. “I don’t want to encourage a kind of gamesmanship to say, ‘Well, maybe the number of emails I send in will help be get in.’”

A candidate is more likely to stand out, in an advantageous way, by sending one personalized email to an admissions counselor, asking for more information on a particular department that they’re interested in.

Regardless of how a school may or may not measure demonstrated interest, Thiboutot says, when possible, it’s a good idea for prospective students to visit campus to see if it feels like a place they can envision themselves attending. And just assume that, especially in a selective process with all other things being equal, a school will give those who take the time to visit campus a leg up over their competition.

At St. Olaf College, the other top-tier private college located in Northfield, admissions staff appear to use candidates’ demonstrated interest in a similar way. They’re certainly tracking engagement — whether it’s attending their booth at a high school college fair, attending an on-campus event or contacting the admission office with a more targeted question or follow-up thank you note  — but ”it would rarely make or break an admissions decision,” said David Wagner, director of admissions at St. Olaf.

“There’s a happy medium of you want to encourage students to put their best foot forward to make a good impression — to do some of those professional things like send a thank you or an email after a visit,” he said. “But we certainly don’t expect people to be calling on a daily basis. It’s about establishing relationships. But students don’t need to go over the top.”

As far as social media activity goes, admissions staff aren’t tracking every “like,” he said. But they are taking note of regular commentators on the college’s Facebook page and potentially recalling this, anecdotally, when making admissions decisions.

“When we come across someone who’s a known quantity, that’s a really good thing. It’s not a driver of admissions decisions. But I think all schools are interested in students who are interested in them,” Wagner said. 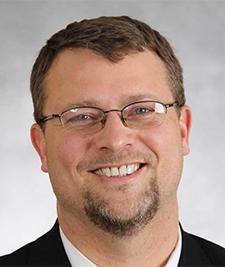 He and his staff review something they call an engagement report almost daily, Carlson said, to see who emailed, visited campus or reinforced their interest in some other way.

But they’re aware of the limitations of this report. It could place a good candidate who never thinks to take that extra step at an unfair disadvantage over someone who’s being more strategic. To help vet how genuine candidates’ displays of interest are, admissions staff often rely on faculty outside of their office to help gauge interest levels. “Some of our strongest recruiters on campus are our music instructors,” Carlson said.

For many admissions offices, demonstrated interest matters even more once they’ve sent out acceptance letters and are looking to hit their enrollment goal. Now that they’ve put the ball back in the students’ court, they need to decide how to deploy a limited amount of resources to recruit students who are most likely to take that final step and enroll.

Explaining who’s most likely to receive an email or a phone call from the college, incentivizing them to choose Gustavus over any of the other colleges they’ve been accepted to, Carlson says, “We’re always looking for students who have raised their hand, so to speak.”

For instance, JJ Akin, director of media relations and internal communication, says that when he sees a prospective student tag a social media post with something like #FutureGustie, he’ll shoot the admissions staff an email letting them know they may want to firm up this student’s commitment by having an admissions counselor send the student an email.

At the College of St. Scholastica, in Duluth, Ellen Johnson, vice president for enrollment management, says demonstrated interest isn’t used to make admissions or scholarship decisions. It is used, however, to shape how her office deploys recruitment resources during that wait period — after students have been admitted but still need to enroll.

“For us, it’s more of a business side of the admissions world. It’s where are we going to put our efforts and resources?” Johnson said, noting she’d worked before at selective institutions out east that did use demonstrated interest as a factor in making admissions decisions.

When reaching back out to students who have been admitted to St. Scholastica, Johnson says, those who have shown interest beyond simply submitting an application are more likely to get a personal phone call from an admissions counselor who may, for instance, help connect them with more financial aid information.

Having formerly worked in admissions at Harvard, Cal Mosley is also familiar with how some elite schools use demonstrated interest in more of a systematic way when making admissions decisions. At the College of Saint Benedict and Saint John’s University, where he currently serves as vice president of admissions, Mosley says demonstrated interest is used more to inform how they invest in recruiting.

For instance, his office may identify those who qualify for the honors program and email them some additional information about the program, by way of incentivizing them to become a Johnnie or a Bennie, he explained. Or they may track down an alum who’s now teaching at a high school like Cretin-Derham Hall and ask them to help gauge a prospective honor student’s interest level.

“If a student responds, that [counts as] demonstrated interest and we may turn up the dial again,” Mosley said.

Bottom line, none of the colleges MinnPost called said they were using demonstrated interest in any sort of systematic way to help rank prospective students. They spelled out how they were more interested in capturing a holistic assessment of each candidate, taking things like their academics and talents and volunteer efforts into consideration. 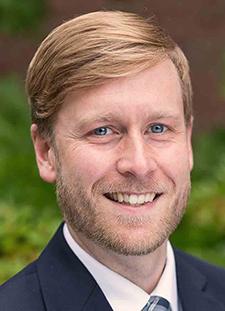 Many admissions staff raised concerns they had with some inherent flaws in taking that sort of approach to using demonstrated interest. Namely, the fact that putting an algorithm on it doesn’t take things like financial barriers into account.

“To us, it’s a matter of philosophy. We know that not everyone has the ability to visit campus, if they apply,” said Jeff Allen, vice president of admissions and financial aid at Macalester College.

Furthermore, not all students who visit campus pass through the admissions office, he said. Given the fact that Macalester is located in St. Paul, there’s the added likelihood that candidates have stopped by for an informal visit that’s not tracked by the admissions office.

“That’s one reason we feel it’s not appropriate or fair to factor this into the admissions decision-making process,” Allen said, adding students who are never made aware of how an effort to demonstrate their interest may impact their odds of being admitted would be  put at an unfair disadvantage.

This approach echoes the findings and recommendations outlined in a research paper by three researchers at Lehigh University recently published in the journal Contemporary Economics Policy. The found that using demonstrated interest in this way can end up giving wealthy students a competitive advantage. Those with the financial means to tour campuses stand to gain an unfair advantage over their peers.

Offering a lesser-known piece of advice, Allen said there’s no harm in doing a bit of investigative work when applying to colleges.

“Definitions differ,” he said. “It’s a good question for prospective students to ask of the colleges they’re considering: Do you consider demonstrated interest in the admissions process? And, from your perspective, what does it mean?”