Seemingly overshadowed by election coverage, both the Minneapolis and St. Paul public school districts are still in the throes of contract negotiations. While changes in leadership may usher in new district-wide policies or initiatives, how things shake out with both local teachers unions in the coming months may actually matter the most.

That’s because, arguably, few things are as critical as the ability of both Twin Cities districts to ensure that students graduate college- and career-ready — a task made more difficult in recent years because of growing budgetary deficits. For next year, the Minneapolis district is facing an estimated $33 million deficit and the St. Paul district is facing a $23.3 million deficit. Under these financial constraints, district leaders are pressed to strike a balance between financial stewardship and teacher support.

When looking at teacher contract negotiations, teacher pay increases (along with associated benefit and legacy costs) have the greatest impact on district finances. Yet, for those removed from the bargaining table, it can be hard to make sense of the numbers.

But a percentage increase to the schedule doesn’t offer a direct translation to how teachers’ pay is actually impacted. In reality, an individual teacher is likely to receive a pay bump regardless of what happens at the negotiating table. Here’s a look at how, exactly, the teacher pay schedule works.

In line with traditional teacher pay systems, both Twin Cities districts use a teacher pay chart that’s made up of “steps” and “lanes.” The lanes, which run horizontally along the top of the pay chart, are defined by incremental levels of educational attainment, starting with a bachelor’s degree and moving up through a master’s degree plus 60 credits in Minneapolis and a Ph.D.or a doctorate in education in St. Paul.

The steps, which run vertically down the left-hand side of the chart, denote the number of years a teacher has worked in the district. Teachers receive a routine pay bump simply by working their way down the steps.

In Minneapolis, according to the most recent salary schedule, teachers are guaranteed an annual pay bump through their first 10 years, after which point it only comes every three years.

In St. Paul, this pay bump continues on an annual basis through year 15, then stagnates through year 19. The steps max out at 20 years, which equates to another pay bump. After that, teachers who stay with the district for 24 consecutive years are eligible to receive an annual longevity stipend of $500 (with anything less than a master’s degree) or $1,200 (for those with a master’s degree and beyond).

Any negotiated increases to the pay schedule — essentially the agreed-upon cost-of-living adjustment — bump up the entire pay grid by some percent increase. Depending on how an individual teacher moves through the pay grid, however, they could end up seeing a much higher bump in their pay than the newly negotiated amount. For instance, according to the current pay schedule, a St. Paul teacher entering their eleventh year of teaching in the district, while also achieving 15 credits on top of their bachelor’s degree, would see a 7.6 percent pay increase in their salary over last year, moving from $52,752 to $56,759.

The way traditional teacher pay models are structured — guaranteed pay bumps for accruing more years with an employer and for attending additional classes to accrue more credits — runs counter to the performance-based pay systems used in many other professions.

Jim Vollmer, assistant director of employee and labor relations for the St. Paul district, describes the concept of steps and lanes as “very peculiar to education.”

This pay structure often results in the district paying many of its most experienced, highly qualified teachers more to work in wealthier, whiter schools. There’s little to no monetary incentive to keep these teachers in the schools where they’re needed most, but are instead being served by some of the least experienced teachers. In contrast, in the health care field, for instance, nurses and doctors are often paid more to work in so-called health care deserts.

He says other districts have started to rethink the traditional teacher pay scale. In some cases, that means front-loading the teacher pay schedule to attract new talent, and then offering smaller raises as teachers gain years of experience and additional credentials. In other cases, this means more strategically aligning more significant pay bumps with years that teachers are more likely to leave the profession, to incentivise them to get past common burnout points.

But Vollmer says he’s not so sure his district will have much luck exploring pay schedule reforms without being able to tap into the state’s Q-Comp program, an optional program that provides additional funding to districts or public charter schools to support them in designing alternative teacher compensation and professional development systems. One of the requirements for eligibility is to include some sort of performance pay — even if it’s only a dollar, as is the case in the Minneapolis district.

“Just the philosophy and concept of some sort of performance pay, the federation has been very adamant that’s not a concept they’re even willing to consider,” he said.

He added that the district would likely be willing to look at different forms of compensation, or even a new structure to the entire salary schedule. 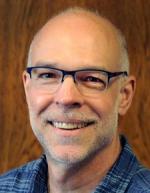 “Do you pay more at the beginning, pay less at the top end? Is that a better situation? Those are all questions that could be asked,” he said. “But I don’t know that those are necessarily questions that the federation — at this point in time — is really open to having discussions about.”

Nick Faber, president of the St. Paul Federation of Teachers, says the union has discussed teacher pay scale adjustments in past negotiations and will remain open to looking at whatever come up on the negotiating table this year. But, ultimately, he says, “our traditional steps and lanes really honors the craft of teaching … the committed and talented professionals that stick around.”

He adds that it’s not just about recognizing teachers’ longevity, but it’s also about recognizing the fact that many invest their own money and free time into becoming more knowledgeable teachers by working toward more advanced degrees.

Asked about Q-Comp, Faber called the district’s appeal “a distraction,” pointing out that to sign on to the program now would place the district behind more than 20 other districts that are currently waiting in the queue for funding that hasn’t yet been allocated by the state Legislature.

Rather, in keeping with the union’s recent call for local tax-exempt businesses and nonprofits to financially support district schools, Faber says the union would like to create a situation where the district could increase entry-level salaries without shaving down pay bumps for more senior teachers.

“That’s part of the reason we’re wanting to look at increasing the amount of funds coming into our schools, so we can actually have these conversations — that it shouldn’t have to be an either-or but both-and.”

Nicola Alexander, an associate professor at the University of Minnesota’s College of Education and Human Development, says that, more and more, districts are exploring ways to move away from the traditional step and lane pay schedule to place a higher priority on rewarding teachers for pursuing professional development opportunities that may not necessarily align with credits toward a more advanced degree. 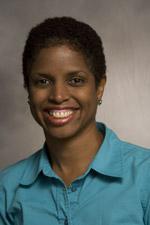 She’s also taken a close look at value-added models that link teacher pay to student performance. Based on recent work she’s conducted with a grad student, however, she’s found that including student achievement as part of teacher evaluations did not “result in the gains we had expected,” noting the impact was mediocre when it came to reading scores and low when it came to math.

When it comes to deciding whether to invest more in raising entry-level salaries or maintaining a more traditional pay schedule that places a greater premium on years of experience, Alexander offers a caveat:

“What research has shown is that the working conditions matter even more than the salaries, up to a certain point,” she said. “Once you have met the basic needs, it’s the working conditions that teachers face and the supports that they feel they get from their principal or the building leaders that ultimately decides how long they stay.”