Gathered outside at a park adjacent to Creek Valley Elementary School in Edina last Thursday afternoon, a group of students and adults huddled together before a handful of news cameras and microphones.

Corralling everyone who’d shown up in support of the high school’s now defunct conservative student club for a pep talk before the press conference, attorney Erick Kaardal began his remarks to the American-flag-clad group with an apology. Earlier that day, they had planned on delivering remarks in front of the high school. But the school district’s attorney got wind of their plans and sent out a cautionary letter.

“We got a really tough, stirring letter from the school attorney, saying if we went on to the school property and criticized their policies regarding the American flag, we would get arrested for trespassing,” Kaardal said, adding this is the sort of treatment conservative club members face on a daily basis. “What this is, is it’s another outrage. It’s an outrage that students can’t access the classrooms for fundraising like all the other clubs.”

In particular, he singled out the Young Liberals Club as an example of another student group not facing access issues at the school.

Kaardal is representing five members of the Young Conservatives Group, along with their parents, who have filed a lawsuit against the high school and the district — as well as Superintendent John Schultz and High School Principal Andrew Beaton. They filed the lawsuit in federal Minnesota district court on Thursday, claiming the club was wrongfully terminated.

The school’s termination of the group, the lawsuit claims, has “chilled the speech of conservative students,” as evidenced by the fact that membership dwindled from over 100 to just the five now involved in the lawsuit. 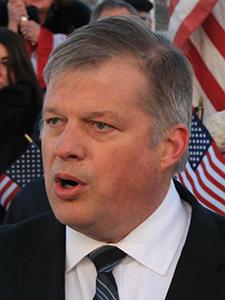 Tensions surrounding this student group date back further — as illustrated by one club member’s reports of being harassed in 2016 by peers at the high school for wearing a Trump shirt. But things came to a head this fall when a handful of students sat in protest during a Veterans Day assembly last month and club members took to social media to express their disapproval of the protesters’ actions. Things quickly devolved into a mess of politically and racially charged grievances waged by club members and students who opposed the club. That’s when school administrators intervened.

Now that Edina administrators are caught up in a lawsuit, their counterparts in other districts that may recognize politically aligned student groups — or that may be bracing for these sorts of student groups to take root — are likely keeping a close eye on how things unfold.

“I don’t know any administrators are out there wishing we had more political clubs, because it’s just so messy right now,” said David Adney, executive director of the Minnesota Association of Secondary School Principals. “Good administrators allow for some kind of structure. But you still have to able to control that it’s of more value than it is destructive. It’s not about political stances. But if it crosses a line where people are no longer civil, or it’s disrespectful, the school can’t be attached to that. We need to find better ways.”

In all 42 of his years as an educator in Minnesota — 22 as a teacher, then as an administrator, most recently as the Minnetonka High School principal — Adney says he can only recall a couple of high schools having conservative or liberal student groups. And in most cases, when they did crop up, they were more so “momentary” — in response to a spike in student interest during an election year.

The more commonplace alternative, he suspects, is something like a debate club or a club extension of a political science class — a more structured setting, guided by a teacher, in which students are encouraged to not only express their opinions, but also back them up with evidence and learn to argue respectfully. 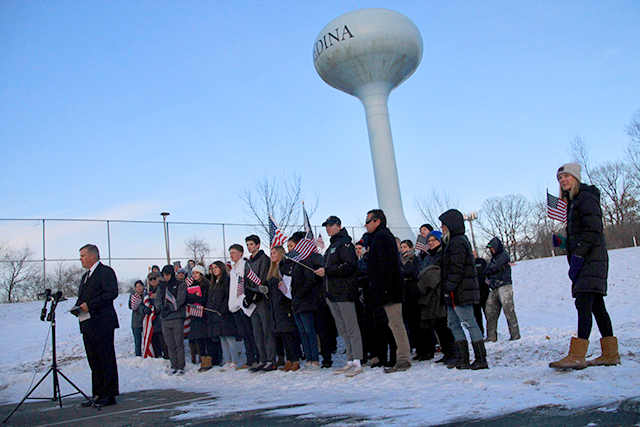 Having a teacher involved in supervising the student group helps ensure the club experience “becomes a package, rather than a very narrow theme,” he said. Teachers are trained at orchestrating discussions so students learn to listen to opposing viewpoints and offer counterpoints he added, noting they often have the “intellectual humility” needed to drive politically charged conversations in a constructive direction.

Without these sorts of parameters — especially given today’s intense political climate — he’s hesitant to encourage the formulation of any politically aligned student groups that are allowed to operate in isolation of opposing viewpoints.

“If you look at who kids follow — they follow entertainment stars, athletes and, to some degree, politicians — every day there’s something highlighted that’s not pulling people together. It’s isolating. It’s fingerpointing. That’s just what the common diet is,” he said.

“I know adults who are overwhelmed by this, who just can’t even watch TV or listen to the news anymore. So think of a 17- or 18-year-old that’s just coming of age and is starting to reason through some of these things that they feel very strongly about. This is where we need to have guidance. That’s why people that come in and drop these bombs and walk away, they’ve not done a service. They haven’t done the heavy lifting. The teachers are the ones —  and the parents and the community — who now are forced to do the heavy lifting, because we want civil conversations.”