In the 1980s, when the medical community was searching for treatments for the HIV — at that time, with few exceptions, a death sentence — Robert Vince’s University of Minnesota lab submitted compounds he thought might hamper the virus’ ability to take hold of people's bodies to the National Institutes of Health for testing.

Ultimately, the compounds, dideoxycarbocyclic nucleosides, were commercialized by the company now known as GlaxoSmithKline and used to make the drug abacavir (also known by its brand name, Ziagen). It was approved by the Food and Drug Administration in 1998.

Before its patent expired a few years ago, the drug made the University more than $600 million dollars, according to Vince, now the director of the school’s Center for Drug Design.

But it’s not the school’s only intellectual property hit. In the 2017 fiscal year, 273 technologies — everything from varieties of mums, grapes and blueberries, to cancer treatments and a virtual driving mirror — generated about $22.8 million in revenue for the University of Minnesota, according data on patent revenue from the school. That’s a pretty good haul: A study by the Milken Institute, a think-tank, ranked the U 14th among U.S. universities on its technology transfer and commercialization index, which takes into account commercialization licenses issued, licensing income, patents issued and start-ups, in 2017. It ranked seventh in 2006.

And while $23 million is a drop in the bucket of the institution’s more than $3.8 billion budget for 2017, it’s still a lot of money that goes to fund research and departments at the school.

It’s only in the last 40-or-so years, since 1980, that U.S. universities have made sizable chunks of change from intellectual property. That’s when Congress passed the Bayh-Dole Act.

In this act, lawmakers handed research institutions the ability to commercialize technologies developed with federal funding, which formerly belonged to the federal government. At the time, the federal government held some 28,000 patents, and had licensed less than 5 percent of them, according to the Government Accountability Office.

This paved the way for research institutions, including the University of Minnesota, to expand technology commercialization efforts.

At the U, it works like this: if a researcher has developed something they think is novel, they report it to the Office for Technology Commercialization.

“We have a staff, pretty much all of whom have backgrounds in academia and/or private industry, (who) will evaluate the invention, and will file it for appropriate IP protection,” said Thomas Hutton, operations director and chief of staff for the U's Office for Technology Commercialization. Many of the protections are patents, though copyrights and trademarks apply in some scenarios.

When it comes to patents, the office is looking for two things: whether it’s something that’s possible to patent, and whether that patent is something the U can protect.

The office then looks for businesses or other partners to license the technology to. Often, it’s the researcher that suggests the university talk to a specific company, Hutton said. 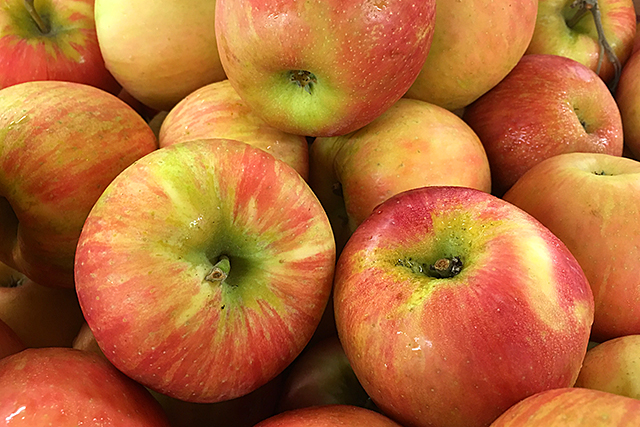 Creative Commons/Michele Dorsey Walfred
Perhaps the U’s best-known piece of intellectual property, the Honeycrisp apple, generated $10.7 million for the U in the last 10 years.

How much it costs to license the technology depends on a few factors, including deals for similar technologies, how far along the technology is in its development, demand for the technology and how much revenue the licensee is likely to generate.

With federal funding, the rules surrounding commercialization of technology are usually pretty straightforward. When it comes to research funded by foundations or industry, the terms of commercialization can vary, Hutton said.

In the last decade, according data provided by the U, the top revenue-generating technologies for the University were:

Revenue-generating patents for the U, 2007-2017
This table contains the names of patents and other licensed technologies owned by the University of Minnesota and the total amount of revenue generated for the university by that technology from fiscal year 2007 through fiscal year 2017. Clicking on the column headings re-sorts the table and you can search the patent names by typing in the box at the upper right.
Source: University of Minnesota

The revenues from patents is split three ways between the inventors as a group, the departments those inventors work in and the school’s Office of the Vice President for Research, according to university policy. Royalty money from Abacavir actually helped to found the Center for Drug Design, Vince said.

It’s nice, the center's director said, because research grants from foundations or the federal government tend to restrict the type of research that can be done. Not so with royalty money.

“When I get grants from the NIH, if I get a grant to work on a herpes virus, I couldn’t use that money to — say, (work on) ideas about Alzheimer’s,” Vince said.

That’s actually something the Center for Drug Design is working on now — for example, a camera that scans the retina for signs of a protein that causes plaques that portend of Alzheimer's disease.

“We can look at the retina of the eye, tell whether somebody is going to be getting Alzheimer's,” Vince said.

Patently lucrative: the intellectual property that makes big money for the U