Sparks flew in Russ Tesmer’s auto body repair class as a group of students practiced welding on an old car that had been donated to Burnsville High School. Nearby, on another vehicle, a group of students sent a few small parts flying as they wrestled with a bumper they were trying to remove.

As they master each skill set, they update the photo-filled portfolio Tesmer has them keep so they’ll have something to show to prospective employers. And for those who enroll in the more advanced automotive course, where students repair staff members’ cars, he sends them off with a starter tool kit.

Inside the main high school building, students in a nursing class practiced putting on gowns and gloves and then taking them off, perfecting a technique that’ll ensure they don’t get contaminated when working with patients.

By the time they complete the class, they’ll be fully prepared to take the Certified Nursing Assistant exam. If they choose to take it and pass, they’ll qualify for an in-demand job before they even graduate — one that could serve as a stepping stone while they pursue a nursing degree.

The pathways program at Burnsville High School officially launched in the fall of 2016. Funded by a referendum, it was part of a high school expansion and redesign effort aimed at ensuring that all graduates leave with a concrete plan — whether that means enrolling in a four-year college after gradauting, or planning for a two-year degree first and then transferring to a four-year college to complete the degree, or going straight into an intensive industry training program that will immediately lead to a five- or six-figure job.

In Burnsville, the redesign effort signals a pretty radical departure from the common high school experience — one that valorizes four-year college pursuits and leaves most career exploration to off-site internships.

“Students are being guided and counseled based on their own passions and interests. They learn about a wide variety of careers based on those passion and interests,” Kathy Funston, director of strategic partnerships and pathways for the Burnsville-Eagan-Savage School District, said. “We try to be very real with them: Here is the pay scale. Here are the opportunities.”

A similar high school expansion and redesign effort is nearing completion at Shakopee High School, where students will being enrolling in academies in the fall.

In the Burnsville High School course catalog, the pathway offerings are divided into four main career fields: arts, global communications and information systems; design, engineering and manufacturing technologies; business, management and entrepreneurship; and health sciences and human services. Within each career field, there are multiple career pathways that lay out a recommended series of classes.

But if students have a change of heart, they’re able to test out another career pathway — free of the financial consequences they’d have to deal with if they decided to drastically alter course once they’d already enrolled in a postsecondary program. 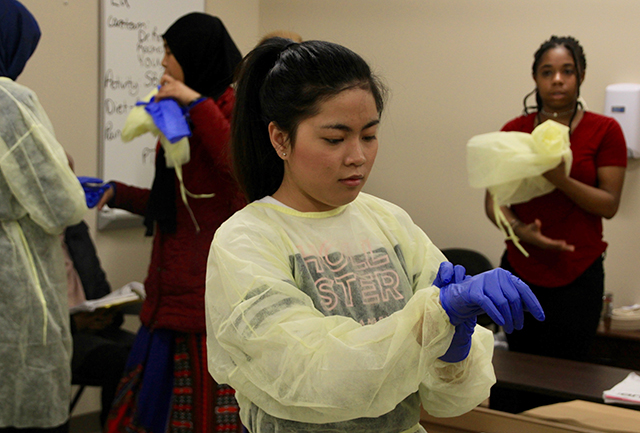 Shakopee’s academy model follows a similar design. Students entering their sophomore year are expected to enroll in one of six academies. Within each academy, there are a handful of “programs of study,” which are three-course sequences that take a student deeper into the technical skills of each particular career track.

While there are no graduation requirements tied to how Burnsville students move through — or across — the various pathways, Shakopee graduates will be expected to complete at least one three-course sequence.

“That’s where we’re a bit different — we tied a graduation requirement into the program,” explained Jeff Pawlicki, principal of Shakopee High School, noting the goal is to have students “see that progression, that line, so that when you get to the of a line of study there are more tangible skills you have, or something you can put on a résumé.”

Ideally that includes completing a sequence with some college credits as well, he said. And students should have enough room in their high school schedules to complete multiple programs of study, he said.

For instance, a student who first completes the health care course sequence could then enroll in the business and entrepreneurship academy to complement their passion for health care with a talent they have for business or sales.

In both the Burnsville and the Shakopee models, students take an exploratory type class their freshman year, so they can begin to narrow in on their career interests. They also benefit from having school counselors and teachers help walk them through their course planning.

Pawlicki says he’d like to see all students graduate not only having found something they enjoyed studying, but also “to have more than one foot in the door to get that certification, that degree, so they can transition into the workplace.” 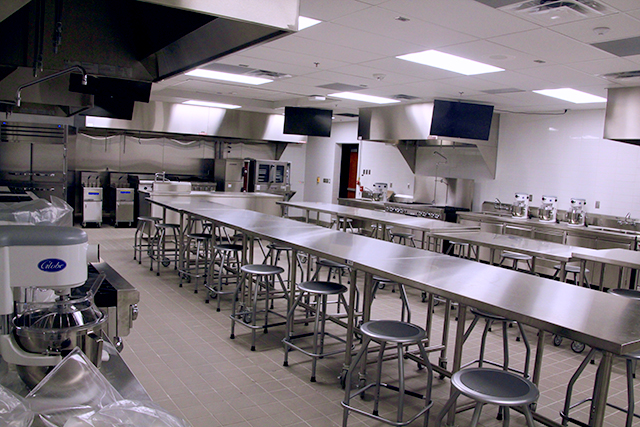 To help ensure that the coursework students are taking actually mirrors the skill sets employers are looking for, both districts tapped into their local business community and postsecondary institutions. Teachers used the feedback they gathered to customize their curriculum; and administrators incorporated some of this initial feedback into the design of the classrooms themselves.

“I’ve never seen anything like that in a high school setting before,” Pawlicki said. “As we were going through that process in meeting with business and they describe what those experiences look like on the industry side, we ask: How can we emulate that in the high school?’ ”

This redesign trend seems to be gaining traction — albeit on a smaller scale — in a number of suburban area districts. According to Nancy Thul, director of teaching and learning for the Shakopee district, elements of the academy model have taken root in Jordan, Chaska, Hutchinson, Northfield, Minnetonka, St. Louis Park, Mendota Heights and elsewhere. 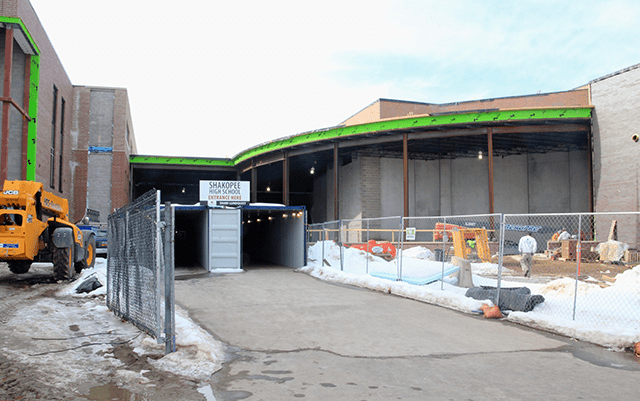 MinnPost photo by Erin Hinrichs
Shakopee High School has nearly doubled in size through this expansion and redesign effort.

The Shakopee and Burnsville examples stand out, in part, because they coincided with some pretty major construction projects that were spurred by the need to accommodate expanding student populations. Shakopee High School has nearly doubled in size through this expansion and redesign effort.

Pawlicki says this allowed his predecessors to incorporate some eye-catching design elements into the construction project — like a law and legal lab and a hometown bank branch — that would be difficult to fit into existing spaces.

He also notes that Shakopee is ideally located near some major employers like Shutterfly, Amazon, St. Francis Regional Medical Center, Mystic Lake, Canterbury Park, and Valleyfair. This proximity has allowed them to create “pipelines to connect teachers and businesses” so that students are being equipped with real-world job skills, Pawlicki explained.

The same level of partnership and intentionality exists within the Burnsville model. For instance, Funston says they have been working with the local fire department to develop an Emergency Medical Technician (EMT) pipeline. Beginning in the fall, they’ll launch an EMT class that’s already got a full student roster. It’ll be co-caught by a teacher and a fire captain.

At least one significant distinction exists between the Shakopee and Burnsville models. Pawlicki describes the Shakopee model as an effort to create a number of smaller high schools within the newly expanded high school, so that students don’t feel lost in the crowd.

“In the academy model, [we] can create smaller learning communities — students with similar interests, with a higher likelihood of getting teachers who you’re going to know,” Pawlicki said. 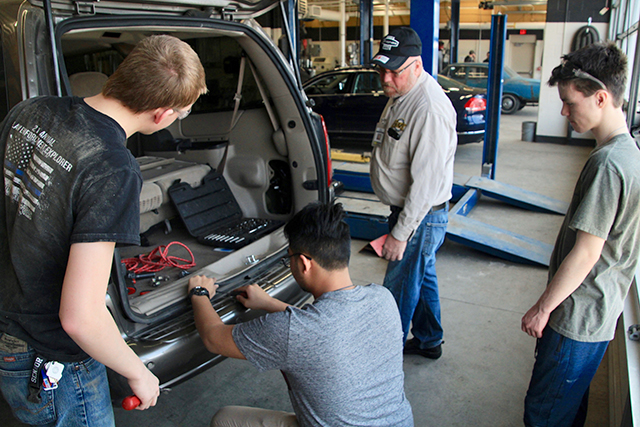 Burnsville educators are taking a different approach. Rather than putting students in  specialized cohorts based on career interests, they are trying to keep the focus on building a single schoolwide sense of community as students purse their various career interests.

Funston said they want to avoid isolating students in any particular career pathway, especially those that are traditionally dominated by a particular gender or race. With this in mind, they have ensured that all course options are housed within the high school campus and that students are being exposed to options they may not have otherwise considered. For instance, the school’s fabrication lab — which is equipped with 3D printers and the like — is situated next the student commons area, separated by an entire wall of glass.

“What we’re really trying to do is to make sure our students — our females and our students of color — can look through that glass, see what they’re doing, and say, ‘That’s cool. I want to do that too,’ ” Funston said. “It’s a way to, inadvertently, get some of the interest and really change some of the paradigms.”