The call to invest more in the state’s public preK-12 system is a familiar one among state lawmakers. School administrators remind them, again and again, that state and federal education dollars have not kept pace with annual inflation.

Schools are financially strapped further, they add, because they have to shoulder the bulk of special education expenses. According to state officials, the funding gap between school districts’ special education costs and the amount of state and federal dollars they receive to help cover these costs is projected to reach $817 million, statewide, by 2021. In response, Gov. Mark Dayton recently announced a proposal to allocate $19 million to help districts cover special education costs next year, followed by an additional $22 million the following year.

In a less high-profile proposal, Rep. Paul Thissen, DFL-Minneapolis, has authored a bill (H.F. 4306) that would eliminate an existing program that financially rewards schools for their proficiency and growth rates in reading. His bill would redirect those dollars to further fund special education programs instead.

As of last Friday, Thissen had said this may end up being a “longer-term pursuit,” as the bill hadn’t yet gotten a hearing. He said he’d look to offer it as an amendment. On Tuesday he was appointed by Gov. Mark Dayton to the Minnesota Supreme Court; he could not be reached for an update on whether one of his colleagues might take it up once he resigns on Friday to begin his new post.

The reading bonus program, referred to in state statute as Literacy Incentive Aid, distributes nearly $50 million to schools across the state every year — presumably, to motivate schools to double-down on literacy efforts. But Thissen has raised issues with both the program’s effectiveness and design.

“The literacy aid, it’s basically money going to districts without any strings attached,” he said in a phone interview, adding that he doesn’t think it does a good enough job of targeting struggling schools, nor does it seem to be working.

While Thissen’s bill seeks a quick fix — eliminate the program, rather than investigate further — it highlights financial transparency and equity issues that aren’t confined to dollars generated by students proficient in reading. The issue extends to state and federal dollars generated by low-income students, English language learners, special education students, and gifted and talented students.

There’s currently no way to track each school’s revenue streams and whether the incoming dollars that are designated for special student populations — at the district level — actually follow those students to the schools they attend and are spent on programs and services that help meet their needs. This makes it difficult for legislators, educators, parents and advocates to hold school districts financially accountable.

‘No accountability or transparency’

The Literacy Incentive Aid program passed in 2011 as an attempt to encourage and support schools in their efforts to boost early literacy rates. Through third grade, students are still learning how to read. After that, to stay on-track, experts say students should be reading to learn. 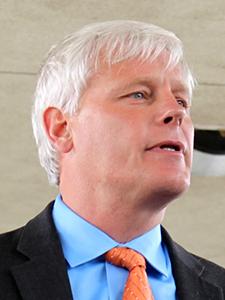 This equates to over $1 million in aid for some of the larger districts, and five- or six-figure sums for the vast majority of other public school districts across the state. The state puts nearly $50 million toward this program every year.

In terms of its design, the program is flawed, Thissen contends. It misses schools most in need of targeted literacy program funding. And there are no requirements placed on how these dollars are spent — nor does the state track what they’re spent on.

“From my perspective, what it does is reward school districts whose students — for lots of reasons, I imagine, including the fact that there’s a [literacy] program at their school but also likely to demographic and other factors — were already getting good results, before the law was passed. So if our goal is to try to close the achievement gap, to close a literacy gap, is doesn’t seem to be a very effective way of doing it,” he said. “And the law, as drafted, has no accountability or transparency. There’s nothing in the law that requires the money we’re allocating in literacy aid to be used for literacy.”

His third major concern with the program is that it doesn’t seem to be working — at least not well enough to justify the expense. State test scores show that 57 percent of third-graders met or exceeded state reading standards in 2013. That number rose to 59 percent in 2015, before dipping back down to 57 percent in 2017.

When broken down by specific student groups, these reading rates for Hispanic, American Indian and African-American students have all remained under 40 percent.

Under his proposal, Thissen says the literacy plan accountability measures that were established in conjunction with the aid would stay in place. These measures include things like a process to notify and involve parents and evidence-based interventions methods.

“In 2011, we thought we would be able to see really fast results by doing kind of a merit pay type of system in structuring a bipartisan agreement around reading well by third grade. And we did,” she said, noting Minnesota’s early literacy rates included in the federal National Assessment of Educational Progress — also known as NEAP or The Nation’s Report Card — showed initial improvement.

But these gains eventually dropped and leveled off, she said. And when faced with increasing budget pressures caused by things like underfunded special education mandates, she said it’s likely that recipient districts now use this money to “fill the plug” rather than fund literacy programs.

“This is similar to my concern around compensatory funding and school districts having 50 percent ability to use the compensatory funding [which is generated by low-income students] however they want,” she said. “That money needs to be spent on the kids who are generating the funding. With literacy aid, if we intend for that money to fund literacy, then it should be put toward literacy.”

Gary Amoroso, executive director of the Minnesota Association of School Administrators, cautions against drawing conclusions about the program’s effectiveness based on a “singular test data point.” He also has concerns about killing any momentum that it may have helped generate around literacy initiatives.

“When you have the designation of the resources, that helps create that awareness and it helps create a priority that the districts follow,” he said.  “And as districts are having conversations about budget adjustments — which occur — that type of focus, that type of expectation, helps to ensure that those resources continue to be used in that area.”

Teachers with the Minnesota chapter of Educators for Excellence, a policy-focused education reform group, have been working with Rep. Jenifer Loon, R-Eden Prairie, chair of the House Education Finance committee, on putting a legislative audit (H.F. 3600) of school district revenue generation and spending on the legislative docket.

“Are the students who have the greatest need — special ed, ELL, students living in poverty — are they actually getting all of the money that’s allocated to them by the state? We don’t actually answer that in a clear way,” said Madaline Edison, the group’s executive director.

Some of these calls for greater financial transparency at the school level align with new reporting requirements mandated by the Every Student Succeeds Act — the recently adopted federal education accountability plan. Under Essa, beginning in 2019, states are required to provide transparent, accessible information about school funding, Edison explained. This includes, for instance, reporting actual teacher salaries at each school site — a new level of transparency that will likely reveal funding inequities among schools in the same district.

As explained in a recent report published by Educators for Excellence Minnesota, “as more experienced teachers move within districts to schools serving more affluent communities, they take district resources with them, because their salaries, which are largely based on years of experience, are higher.”

Edison says the audit — if approved, completed and reviewed by next session — would serve as a trial run.

“We think this is a perfect time to conduct the OLA audit,” Edison said. “So that when the information is required to be publicly accessible, we can have confidence that it’s accurate and that it’s reflective of what’s actually happening in our schools.”