When Barb Ziemke’s kids each completed their senior year at Apple Valley High School, they both participated in the school’s commencement ceremonies. Both walked across the stage, wore a cap and gown and received a high school diploma case.

In her son’s case, though, the case was empty. That’s because Brandon Ziemke, along with his parents and team of educators, had predetermined that he needed three more years of high school to meet his educational goals.

Because of a developmental and intellectual disability, Brandon qualified for a transition programming provided by the district. So those involved in his education helped put together an Individualized Education Plan (IEP) — replete with modified academic goals and an emphasis on life skills he’d need to enter adulthood successfully — to chart out his alternative route to a high school diploma.

Later, he celebrated graduation a second time and received the exact same high school diploma that his sister had. “My daughter’s diploma measures different from what my son’s diploma measures, and there are a whole lot of students between that,” Ziemke said, noting some may end up continuing their high school education even though they’ve mastered their academic work. “In particular, students on the autism spectrum, who academically might be right on track … but they don’t have the skills yet to manage the social, communication part of the world.”

So whether students need some extra time to acquire an IEP-driven diploma or they’ve met their credit requirements but still need time to shore up their ability to advocate for themselves or navigate public transportation on their own before entering the adult world, qualifying students may opt to enroll in a district-run transitions program.

These programs exist at districts across the state to provide additional educational services to special-education students ages 18 to 21. Once students meet the educational goals outlined in their IEP, they receive the exact same high school diploma as their peers — not a special-education diploma or a certificate that some states issue.

The state Department of Education tracks enrollment numbers for district-run transition programs, as well as graduation rates from these programs — information that can be found by searching for a particular transition program in the Minnesota Report Card. All public school districts are mandated to provide transition services, whether that means running a program in-house or partnering with neighboring districts to pool special education resources.

Ziemke has become a resource for families navigating the transition process as well. Her son, now 29, is living in an apartment and working. And she’s the co-director of the PACER Center’s National Parent Center on Transition and Employment. Based out of the center’s Minnesota office, in Bloomington, she keeps a pulse on district-run transition programs and related state and community services, so she can advise families and offer a sense of solidarity.

The PACER Center, itself, doesn’t run a transition program. But it does provide support to families — connecting them with outside resources, informing them of their children’s rights, and helping lay out all of their options at this critical juncture. Because while the end of senior year may bring a sigh of relief for many parents, it brings a host of added uncertainty — both anxiety-inducing and exhilarating — for parents who have helped guide their special-education kids through secondary school.

“You’re really tired by now — going to all these IEP meetings, battling for inclusion,” she said. “And [families] also have to face, in a new way, the enormity of envisioning a future that doesn’t have a clear pathway and dealing with these life decisions. For families, it’s a challenging time, even though it’s exciting, and we need to find ways to support families in that journey.”

Charting out a bridge year

Rachel Pearson, a parent advocate at the PACER Center, is in the midst of transition planning with her son, José Daniel Batres Pearson, 17. He just completed his junior year at Open World Learning Community in the St. Paul Public Schools district. Looking ahead at his senior year, he’s on track to meet all of his credit requirements, Pearson said. And he’s not just checking off credits — he’s aiming to keep his place on the honor roll as well.

But he, along with his educators and parents, have already determined that he’ll need an extra year of special-education services beyond 12th grade before he’s ready to graduate. It’s not always an easy decision for students, many of whom are perhaps eager to move on with their peers. At least in Batres Pearson’s case, his extra year of high school will be a bit of a hybrid year. He’ll be enrolling in a couple of Postsecondary Enrollment Options (PSEO) at a local community college, while still receiving support from the district-based special-education team that he’s already familiar with.

Like all other PSEO students, he’ll go to the college campus to take his courses. And he’ll be completing the same assignment and taking the same tests. But he’ll benefit from having the opportunity to build up some of the life skills he’ll need to succeed in college before he cuts ties with his high school supports and accommodations completely.

“That year will be a bridge for him,” Pearson said, noting he’ll still have an IEP and a special-education team that he can work with on a daily basis. “They’ll help build his skills and continue to teach him skills so he’ll be able to advocate for himself on a college campus. He’ll have a foot in both worlds.”

During this bridge year, Pearson says her son’s public school educators will work with him on things like navigating public transportation, problem solving, and how to identify people who are safe to interact with — all skills that don’t come as naturally due to his unique social and communication abilities. To help him succeed in a college environment, he’ll also get guidance on how to locate the disabilities resource office on campus and advocate for any accomodation he needs, such as the ability to use adaptive technology in the classroom and extended time for exams. 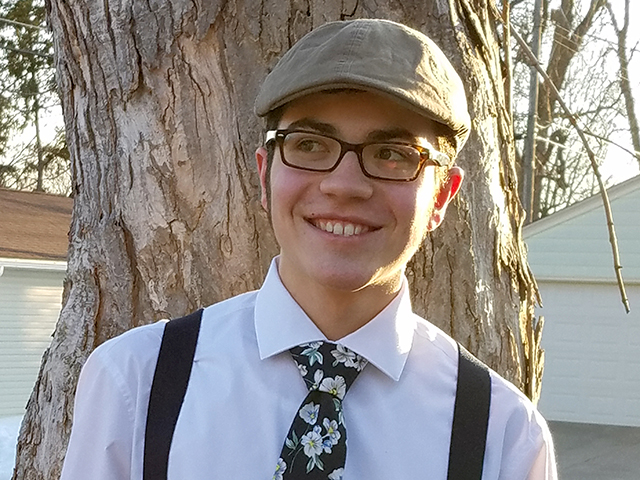 This year, he also connected with the vocational rehabilitation counselor assigned to his high school, who will be working with him on vetting possible career options and any related postsecondary education he might need to get there.

“My son has a very clear vision: He wants to become a railroad engineer,” Pearson said. “As he’s taking PSEO courses, he’s going to be discovering if this career that he’s envisioning for himself will work for him.”

Whether or not this particular vision materializes, Batres Pearson will be entering a labor market that’s looking more promising for workers with disabilities as more and more companies look to fill openings in a more inclusive way.

“Vocational rehabilitation [counselors] … they’re hearing from employers: ‘How can you help us fill these positions?’ ” Ziemke said. “That’s a good thing. Because when people didn’t need people, it’s much harder to get them to hire.”

For now, Batres Pearson is still working on securing a summer job. If the positions he’s applied for don’t pan out, he’s already secured a backup volunteer opportunity at the local library — all on his own.

“That’s something he has achieved,” Pearson said. “He’s learning that he’s a person of value and he has something to contribute. As long as he learns that lesson, I think we’ve achieved what we needed to.”

An alternative route to a diploma: why some special-ed students in Minnesota opt to continue past their senior year of high school