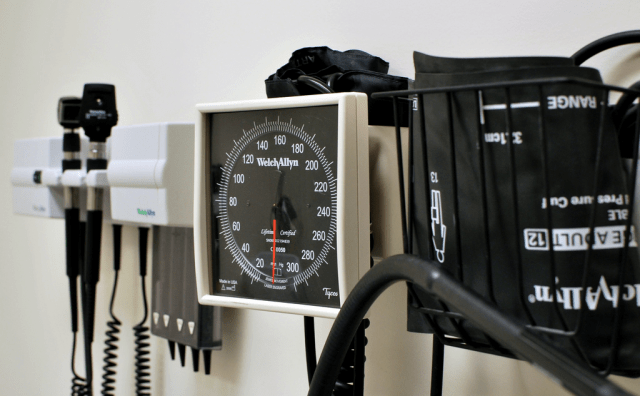 For more than a century, completing four years of medical school has been a central requirement to becoming a doctor in the U.S.

Deborah Powell, the former dean of the University of Minnesota Medical School, never understood this. Medical students come with varying degrees of educational backgrounds, after all: Some already have master’s degrees and Ph.D.s.

Yet the basis of advancing in medical education has long revolved around the fixed amount of time it takes students to complete their courses and clinical rotations. “It’s pretty obvious that some people learn things faster than others.” Powell said. “It doesn’t intrinsically make sense that everybody has to move at the same rate.”

In her long academic career, Powell saw how other disciplines allowed students more flexibility. She recalls, for example, seeing two tracks of biochemistry courses during a site visit at Vanderbilt University: one for students new to the discipline and one for students who already have a background in it.

Powell wondered if the same logic could be applied to medical education. She also grappled with how to put more focus on a student’s patient work as opposed to the more tangible parts of medical education, like exams and textbook learning. “We’re used to giving grades on tests but we’re not so good at judging competency,” she said.

After stepping down as dean in 2009, she put a plan in motion to change that. The result is Education in Pediatrics Across the Continuum, or EPAC, an experimental project focused on replacing time-based physician development with competency based medical education.

Under EPAC, if students are quick learners, they can go through medical school and into a residency in less time than four years. Residency, which consists of hands-on experience in a medical and clinical setting, is the last step of before prospective doctors can get licensed in the U.S. 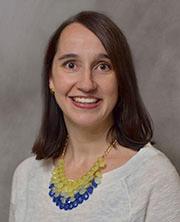 It’s a type of evaluation that Patty Hobday, an assistant professor of pediatrics at the University of Minnesota Medical School and the school’s EPAC’s course director, said is the first of its kind in modern medicine training in the Western Hemisphere. Hobday called the implications of EPAC “earth shattering.”

“It’s a huge deal and it’s causing a lot of stir in the medical education world,” she said.

Just a handful of students are currently enrolled in the program in four medical schools across the country, including the University of Minnesota. But the results so far are promising, and the program’s backers say EPAC has the potential to change the future of medical education.

At its core, the program is not designed as a fast track through medical school, Hobday said. In fact, because the program is tailored to student competence alone, medical students could hypothetically take longer than the requisite four years.

But that hasn’t happened yet, and all 11 medical students in Minnesota who have enrolled in the program in the past four years have graduated early. Some of them saved tens of thousands of dollars of student debt along the way.

The requirement of four years of education in medical school in the U.S. dates back to 1910, when Abraham Flexner published his highly influential report that established modern medical practices. Part of the Flexner Report looked at existing medical education, which varied greatly in quality across the country.

To bring all medical schools into line with similar standards, Flexner advocated for students to complete four years of training, with the main focus of the first two years spent in the classroom learning basic science and the last two immersed in hands-on work in the hospitals and clinics. “And there was really no empirical evidence for that, he just said that,” Powell said.

Still, four years became norm for medical schools in the U.S. and Canada.

When Powell embarked on her plan to start what became EPAC, she turned to the Association of American Medical Colleges, the national organization that administers the entrance exam to medical school; runs the services students use to apply to medical schools and residencies; and sponsors the body that accredits them in the U.S. and Canada. Powell chaired the board of AAMC from 2009-2010.

She soon encountered resistance. Traditionally, medical students spend their third and fourth years practicing a little bit of each general medical specialty — surgery, family medicine, obstetrics and gynecology, for example — before deciding which area they want to study in residency and dedicate their future careers to.

For a program like EPAC to work, it needed to blend the last two years of medical school a little more with residency. It would therefore require medical school students to select their specialty and commit to a residency program before their third year, when they traditionally begin clinical rotations. Powell and her colleagues chose pediatrics, mainly because future pediatricians tend to pick this specialty earlier in medical school than their peers. 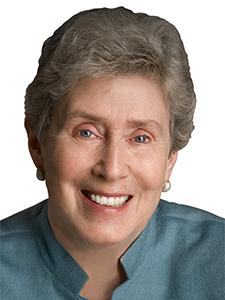 But the change still drew criticism.

“How do they know they wanted to be a pediatrician before they’ve actually had pediatrics as a third year student?” Powell said she heard from a lot of people involved in the medical education community at the time. “A lot of people believe it really takes traditional clerkship in third year [of medical school] before students know what they want to do.”

It took Powell and her colleagues four years to agree a framework for EPAC, which centers around 13 components in a medical student’s development. With the framework in hand, Powell approached three medical schools besides the U of M — the University of Colorado, the University of Utah and the University of California at San Francisco — and got them to commit to the EPAC pilot program. With grants from the Josiah Macy Jr. Foundation, they enrolled their first set of students in the program in 2013.

“We purposely kept it small so people wouldn’t get scared,” Powell said.

It wasn’t hard for Shane McWhirter to make the early decision to specialize in pediatrics during medical school. He knew he wanted to work with kids from his high school years working at a local pool and at an after-school child care program. A stint spent in Burnsville treating colds and runny noses at Southdale Pediatric Associates after his first year of medical school at the University of Minnesota sealed the deal.

More daunting to McWhirter when he applied to EPAC in 2016 was committing to attending residency at the University of Minnesota should he be accepted. Normally, medical students apply to scores of residencies before ranking their preferences and matching into a program during their last year of medical school. EPAC students don’t get this option. “That was probably the hardest part of the decision,” McWhirter said.

Last October, McWhirter began residency nine months ahead of schedule. Advancing more quickly than usual meant McWhirter didn’t have to pay tuition for the semester of medical school he skipped, a move that saved him perhaps $50,000 in student debt, he estimates. “I had to take the max amount of loans for undergrad as well as med school,” he said. “That is a huge swing, to be able to get relief from that.”

But more important is the quality of training McWhirter said he got from EPAC. Traditional clinical rotations for medical students are completed one at a time. For example, a student will spend four to eight weeks practicing obstetrics-gynecology, then rotate next to spend the next month in another practice, such as family medicine.

In EPAC, those rotations are melded together, with the focus centered most heavily on pediatrics. McWhirter, for example, spent his Mondays in a pediatric clinic working with kids. On Tuesday mornings, he’d work in obstetrics-gynecology with women and mother patients and pediatric neurology during the afternoon. Wednesdays would bring him to pediatric psychiatry. On Thursdays he’d practice family medicine and pediatric surgery.

While the difference between this type of training and conventional medical training may seem consequential for only student doctors like McWhirter, he said it made a great difference in his patients’ care. For one, he saw the same patients more often, which is rare for students in medical school. He recalls caring for a mother delivering a baby while working in obstetrics-gynecology, then subsequently taking care of the same baby during his pediatric newborn rotations. He continued to see the mother as a patient for the next few months, which he said would not have been the case for her if he was doing general rotations.

McWhirter said that through EPAC, he and the other medical students he worked with got to see between 25-30 patients like this on a regular basis. “We were able to develop relationships and in the end be sort of patient-advocates for them at their other appointments because we knew their history a little bit more,” he said.

Experience like this, McWhirter argues, makes him a better doctor more than a good board exam score or passing a class with honors ever will.

Key to EPAC is the sheer amount of feedback students get from their physician teachers, called preceptors in medical education lingo. Traditionally medical students get feedback from the teacher doctors supervising their rotations only after their completed, sometimes weeks afterwards. 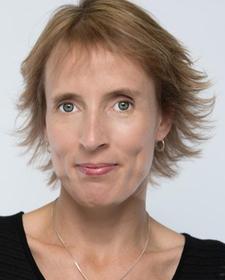 Hobday said students in EPAC get face-to-face and written feedback more than 200 times within a year, a stark contrast to the roughly 15 evaluations a student in traditional medical school gets during their clinical years.

But there are downsides to this type of approach. For one, it inevitably takes more work for doctor teachers to follow their students so closely over a long period. “It’s more time consuming,” said Kathryn Cullen, a preceptor who is also chief of Child & Adolescent Psychiatry, Department of Psychiatry, at the University of Minnesota Medical School.

For this reason, Powell said she doesn’t think a program like EPAC will fundamentally overtake the way medical education is taught in the U.S. “You can’t give them too many students,” Powell said. “It becomes an undue burden.”

Then there’s the issue of transitioning to residency earlier than normal. McWhirter began residency last October and joined a group of student doctors who were already four months into the program. That caused some initial anxiety as he adjusted, McWhirter said, but “now that I’m eight months in, I’ve never got a comment that I’m four months behind,” he said.

Programs like EPAC likely have a future in medical education; it’s just not clear how widespread they’ll be. Lisa Howley, AAMC’s senior director of strategic initiatives and partnerships, says her organization is always trying to “think differently about education and learning” and wants to see competence-based approaches like EPAC grow in medical education.

But for now, AAMC is still waiting for more results to come in before expanding the program further. Across the four universities enrolled in the program, about 16 students participate in EPAC each year. “As to whether this can be applied to a class of 100 students, we don’t know yet,” Howley said. “There’s a lot we need to learn to decide how feasible it is.”

The program is still too new for any of the doctors enrolled in it to have finished residency and fully begun their medical practice. They also haven’t reached the stage to take and complete all of their board exams, indicators that will play a huge role in determining the extent to which EPAC will expand or how much it will influence the future of medical education.

Powell, for her part, said she thinks enough information is in to show the program can continue beyond the pilot stage.

“My belief is that it’s probably a more robust system of evaluating where students are to enter the second phase of their medical training,” she said.