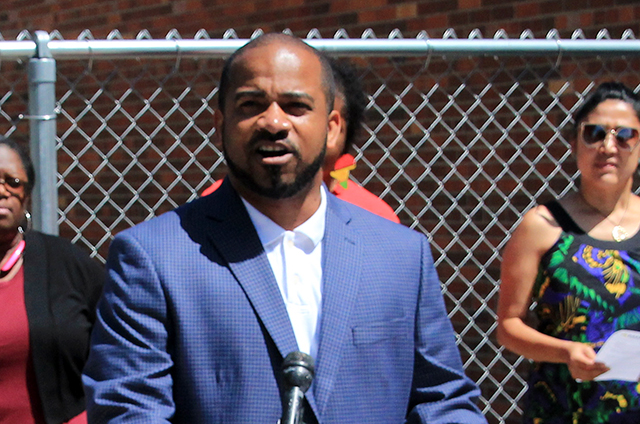 MinnPost photo by Erin Hinrichs
Charvez Russell, the executive director at Friendship Academy: “The truth is that schools that are integrated on paper too often track white students and students of color into disparate opportunities and outcomes.”

On Wednesday, the Minnesota Supreme Court put a high-profile school integration lawsuit back in play by deciding that state courts can weigh in on whether the state has failed in its responsibility to adequately educate students.

The plaintiffs in the lawsuit, Cruz-Guzman v. State of Minnesota, accuse the state of enabling racial segregation in the Twin Cities’ seven-county metro area by supporting open enrollment and the creation of racially segregated charter schools. That segregation is an issue, they claim, because the public schools are failing to adequately teach poor students and students of color.

The class-action lawsuit has been winding through the court system since November 2015, when seven Minneapolis and St. Paul families and a Minneapolis-based nonprofit organization filed the suit.

In July 2016, a Hennepin County district judge ruled in favor of letting the case proceed. But in March 2017, the Minnesota Court of Appeals dismissed the case after ruling that defining a standard of quality of education was outside the court’s realm of authority. The plaintiffs then brought their case to the Supreme Court, which overturned that ruling with its 4-2 decision on Wednesday.

The case will now go back to the Hennepin County district court, where Dan Shulman, the lead attorney for the plaintiffs, says he’s hoping to get a trial date set within a year.

If the plaintiffs prevail, state education leaders could be forced to grapple with a metrowide desegregation plan that could drastically alter the demographic makeup of many schools.

And that precedent, he says, will have implications far beyond Minnesota. “This opinion says, straight out, that a segregated education cannot be adequate,” Shulman said. “The implications of today’s decision are that if we prove the allegations that are in our complaint — and I expect to be able to prove them during the trial — we will establish the state has violated its constitutional duty and it will be required to remedy that. And it has implications not just here, but throughout the country. It’s a decision, I believe, people will be talking about decades from now.”

The Supreme Court’s decision on the Cruz-Guzman case drew a mixed reaction from school-choice advocates, who were happy with Wednesday’s outcome but are critical of the merits of the case. 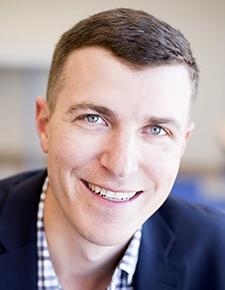 “The Court’s decision is bittersweet,” Daniel Sellers, executive director of EdAllies, said in a press release. “The good news is that the Court has decided that it can play a role in determining whether the state is meeting its constitutional requirement to provide an adequate education to Minnesota children. But, the bad news is that the plaintiffs’ arguments in this particular case risk taking us in the wrong direction by undermining the choices of families of color, and schools designed to specifically serve their needs.”

Sellers is talking about schools like Friendship Academy of the Arts, a high-performing K-6 charter school located in Minneapolis that serves a student population that’s 96 percent African American and 85 percent low-income. In 2017, students there outperformed the state average in math, reading and science on the state standardized tests. Friendship Academy, along with Higher Ground Academy — all all-black charter located in St. Paul — both weighed in on the case before the Minnesota Supreme Court, siding with the state.

Charvez Russell, the executive director at Friendship Academy, said that the case is misguided in “focusing exclusively on the racial makeup of a school, without actually looking at what the students are actually doing in the school.”

“The truth is that schools that are integrated on paper too often track white students and students of color into disparate opportunities and outcomes,” he said at a press conference held outside of this school Wednesday. “The truth is an environment like Friendship Academy serves students of color much better, which is why parents choose us.”

He highlighted the school’s focus on academic rigor and cultural affirmation, along with its high level of family engagement, as some of the key draws for families of color. 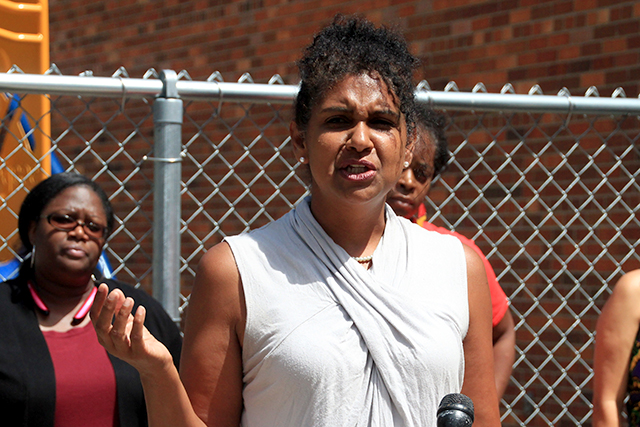 Making sure the courts understand the “distinction between a segregated environment that is forced upon someone as a result of their race and their socio-economic status versus culturally affirming schools” as this case move forward will be key, says Nekima Levy-Pounds, a civil rights attorney who recently ran, unsuccessfully, to become mayor of Minneapolis.

“In the Supreme Court’s decision, they seem to be lumping in culturally affirming school environments with traditional public schools in urban environments. It’s wiping away parent choice and autonomy, in terms of knowing what is in the best interest of our kids — as far as a school learning environment — and what is not,” she said. “The courts need to hear from parents who have chosen culturally affirming environments, so that they see that parents are conscious in making these decisions and that our children are faring much better, in many respects.”

Reflecting on the consequences of Brown v. Board of Education, she noted that many black teachers lost their jobs and black children who were forcibly bused to school in predominantly white communities endured racism from their peers, teachers and classmates’ parents. “So that is terrifying for many African-American parents, to think about the government forcing us to send our children to environments that are unprepared for them, that do not want them there,” she said.