Heading into the upcoming legislative session, state lawmakers will be grappling with a number of pressing education issues — everything from school safety and student mental health to school funding and early childhood education.

The state already carves out the largest portion of its general fund budget to support K-12 education, which accounts for over 40 percent of state spending. But with a projected $1.5 billion surplus heading into a budget-setting session, many lawmakers are entertaining requests to invest more in schools and education-related services.

Given Gov.-elect Tim Walz’s former experience teaching in the public school system and the interest he’s expressed in addressing school funding inequities and the need to build up more comprehensive student supports at schools, there’s good reason to believe public school funding will continue to be a priority.

He recently appointed another educator to serve as the incoming state education commissioner: Mary Cathryn Ricker, executive vice president of the American Federation of Teachers and member of the governing board of the state teachers union, Education Minnesota.

This pick may very well hint at Walz’s education agenda for the upcoming session and the education-related debates that may ensue. That’s because Education Minnesota has a strong lobbying presence at the Capitol every year — often in favor of policies and budget priorities that put it at odds with Republican lawmakers, who hold the majority in the Minnesota Senate.

The chair of the Senate E-12 Finance and Policy Committee, Carla Nelson, R-Rochester, comes from a teaching background as well — a shared experience that she hopes will help move education items forward this session.

“I always think that’s a good starting place,” she said, so long as the focus stays on what’s best for students. “There may be differences in how we get there. I hope they’re all research, data-driven decisions. I think they will be.”

One of her counterparts, Rep. Jim Davnie, DFL-Minneapolis, incoming chair of the House Education Finance Committee,  has voiced a similar appetite for working in a bipartisan fashion to set the education budget this year.

“The kids in Republican districts deserve a world-class education, as do the kids in Democratic districts,” he said.

In the wake of the school shooting in Parkland, Florida, school safety and student mental health quickly became a hallmark of the last legislative session. Lawmakers of both parties crafted proposals seeking to boost funding for everything from physical security enhancements for school buildings to police officers at schools and mental health services provided in schools.

However, despite the bipartisan urgency voiced around addressing school security, many of these items got tangled up in end-of-session politics and never came to fruition.

The Legislature did manage to pass $25 million for physical safety improvements for school buildings — things like bullet-proof glass and security cameras — in the bonding bill. But even that amount came up incredibly short of the demand exhibited by schools that applied for a portion of that funding.

Nelson says she’ll be looking to revive her Safe and Secure Schools Act, which the Minnesota Senate passed in a supplemental budget bill last year. It sought to provide funding for “hardening of the target” through building security features, as well as provide funding for additional mental health supports in schools, school resource officers, or any other personnel schools deemed necessary at the local level.

“I know, in the Senate, that’s going to be one of our top priorities, early out of the gate,” she said. The incoming Majority Leader in the House, Ryan Winkler, DFL-Golden Valley, says advancing funding for full-service community schools is a priority this session. This school model includes placing a greater emphasis on mental health services for students, who can’t always afford to access these services on their own outside of the school. This may mean creating “special funding categories” to ensure that state dollars that go to schools actually end up paying for additional student support services, he said.

“The need for counselors and mental health support in schools is not necessarily required or seen in the general funding formula. So we will be looking at addressing those needs as well,” he said.

Davnie says there’s a huge appetite among legislators, particularly the newcomers, to make the student well-being component of the school safety push a priority this session. To achieve this, he plans to take a very intentional approach, rather than granting schools full discretion on which safety measures to invest in.

“I prefer the dedicated dollars for school-linked mental health so that we get the services that everyone knows we need more of in the schools in the schools,” he said. “I think if those schools that want to move forward on full-service community schools identify that mental health is one of their priorities, that provides some resources for them to achieve that.”

As school districts across the state increasingly turn to voter-approved referendums to avoid layoffs or slashing into programming, school leaders have long been advocating for a more aggressive increase in the state’s basic education funding formula, from which dollars are allocated on a per-pupil basis.

While Winkler says lawmakers will continue to support schools’ autonomy in choosing how, exactly, to spend the state dollars they receive, based upon the local needs that they identify, he says there’s a real need for lawmakers to take a closer look at special education costs.

He’s referring to the fact that many districts are forced to divert funding from their own general fund to cover the costs of providing special education services to their students. These services are federally mandated — as many agree they should be. Yet the federal government has long ignored its promise to cover 40 percent of these costs, leaving school districts on the hook to fill the gap. Davnie says his committee aligns with Walz in wanting to “fully fund K-12 education.” Gov. Mark Dayton stood by his promise to increase K-12 funding every year of his administration, but “there’s still an awful lot of schools that are looking at cuts and layoffs and trimming programs,” Davnie said.

He wants to re-examine the school funding formula and process so that schools can better plan for the upcoming year. It’s something he’s hopeful that incoming House Speaker Melissa Hortman, DFL-Brooklyn Park, will help iron out.

“Hortman has been clear that she wants to look at some legislative process issues: How do we be more transparent? How do we make it easier for people to follow the process? How do we have a more orderly process? How do we actually finish on time, in an orderly fashion?” he said.

Nelson says she’s most interested in looking at adding state funding to the per-pupil formula, which offers schools the most flexibility — whether that means they use those funds to help cover special education costs or fund pre-K programming.

But she cautions that any increases to the per-pupil formula must be sustainable, because “it’s not helpful to our schools, our kids, if we give them funding one year and take it away the next.”

In the House, Rep. Dave Pinto, DFL-St. Paul, chairs the Early Childhood Finance and Policy Committee. But given the close interplay between the K-12 system and early education, Davnie will be keeping a close eye on how Walz and his administration seek to expand upon Dayton’s universal pre-K initiative.

“We’ve been sort of building down from the K-12 system,” Davnie said. “But I know that Rep. Pinto’s emphasis in his work to date has been on birth to 3-year-olds. And there’s growing voices in the early education advocacy community saying we get even better return on our investment if you look at the youngest possible ages. I think that’ll be an interesting discussion.” 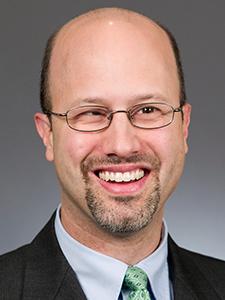 Nelson favors a more targeted approach to allocating state dollars toward early learning, to ensure that students in need are identified and prioritized.

“As I’m talking with school officials from across the state, in our K-12 systems, the resources are already a bit thin. So we want to be careful about suddenly adding a whole nother grade of 4-year-olds, as opposed to targeting those resources to kids in need,” she said.

Given the findings of Early Childhood Programs audit presented by the state Office of the Legislative Auditor last year — which largely concluded that the early ed landscape is muddled by a mess of funding streams — Nelson says she’ll be seeking greater reassurance that the dollars the state invests in early learning programs are actually producing results.

Likewise, Winkler says efforts are under way to “create a seamless experience for families, rather than making them navigate the bureaucratic maze that we’ve created over time.”

For starters, he says, they’ve created an early learning and child care subcommittee, which hasn’t existed for the last four years. It’s a division of both health and human services and K-12, since early learning coexists with early child care.

In terms of weighing in on the universal versus targeted pre-K debate, Winkler says the biggest challenge with early learning is that there simply isn’t enough money in the system to serve all of the kids who need it.

“Our goal is to find a comprehensive approach that will fund child care and access to early learning for all kids — and do so in a way that brings all of the advocacy groups and their preferences together and fighting for a bigger budget target, rather than fighting against each other for a bigger piece of a stagnant or fixed pie,” he said.