Effective Democracy is a year-long series of occasional reports supported by the Chicago-based Joyce Foundation, as part of a grant made to MinnPost and the Wisconsin Center for Investigative Journalism. The Joyce Foundation’s grantmaking supports strong, thriving democracy, as well as research into Great Lakes protection and restoration, energy efficiency, teacher quality and early reading, workforce development, gun violence prevention, and diverse art for diverse audiences.
This coverage is made possible by a grant from The Joyce Foundation.
News
Effective Democracy

WASHINGTON — A Minnesota judge has temporarily blocked a Minnesota campaign contribution law in light of a campaign finance ruling from the U.S. Supreme Court in April.

Democrats decry a Supreme Court resolution that lets corporations give more campaign cash, but a DFL state rep can’t get his colleagues to object.

WASHINGTON — Challenges to campaign finance laws have increased since conservative justices took the U.S. Supreme Court in a new direction on the issue.

WASHINGTON — The U.S. Supreme Court’s lifting of the $117,000 cap for donations may lead to more clout for an elite group of political funders.

There’s interest in broader e-pollbook use and tech upgrades for voter records, but differences remain over online voter registration.

With another study ahead, it appears statewide use of the voting technology won’t be considered for at least another year.

Efforts to increase transparency in the early 1970s have been slip-sliding away.

Under this proposal, most single-member congressional districts to which we are accustomed would go away.

Many consider them a big step forward, but questions remain. A state task force is investigating potential legislation.

Todd Rapp, for example, believes that to really get the best kind of mandate to govern, the process has to end with voters choosing between only two finalists.

A crowded field of Minneapolis candidates and only three ranked choices make it likely the new mayor won’t garner a majority of all votes cast.

Advocates worry that judicial elections here, as in several other states, could start resembling political campaigns with big-money and special-interest influence.

Today MinnPost kicks off an occasional series exploring RCV, its history, arguments for and against and how it is affecting the Minneapolis mayoral race.

The change in the law will once again permit lavish legislative parties and receptions paid for by special-interest groups.

While the state so far has avoided the expensive, highly politicized judicial elections that have plagued other states, we may not stay so lucky for long.

Voting-rights advocates are happy with Minnesota’s expansion of absentee balloting but disappointed that the Legislature failed to approve early voting. 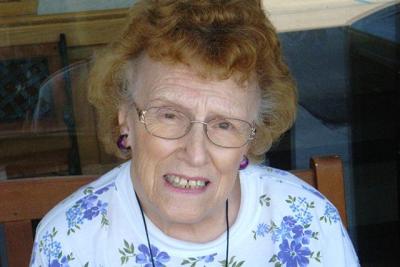