News
Effective Democracy
This coverage is made possible by a grant from The Joyce Foundation.
June 17, 2013

Absentee balloting has made voting much easier for Bea Arret over the last decade.

Arret, an election judge for 35 years, is deeply immersed in the civic side of voting and in encouraging others to vote. The engaged 84-year-old, who resides in a Moorhead-area assisted-living facility, said she encourages her fellow residents to cast absentee ballots to make sure it’s easy for them to participate in elections.

“It’s just so much more convenient,” she said. “I just encourage everybody else to do the same thing.”

That’s why Arret, who worked with AARP against the voting constitutional amendment last fall, is thrilled with upcoming changes in state election practices.

In 2014, Minnesota will join nearly 30 other states in offering expanded access to the polling place, adding “no-excuse” absentee voting that means citizens no longer will have to fudge about why they want to vote early.

Voting-rights advocates are happy with the expansion but disappointed that the Legislature failed to approve early voting. More than half of the states now offer voters both options.

But, for Minnesota, they didn’t come as a pair.

Gov. Mark Dayton has maintained that he won’t sign changes to election laws unless they have broad bipartisan legislative support. DFL lawmakers, who control both chambers, were able to persuade their GOP colleagues to support no-excuses absentee voting but couldn’t gain their support for early voting.

Advocates of early voting, such as the League of Women Voters, argue that states across the ideological spectrum use it to make voting more convenient for their citizens.

“Minnesota has for many, many years now been a leader in voter turnout,” said Laura Fredrick-Wang, executive director of the League of Women Voters of Minnesota. “But … we’re looking at more and more states changing their voting systems and opening it up and making it more accessible in a way that I think better reflects how people actually live in the 21st century.”

Until the change takes effect next year, Minnesota lacks flexibility for voters to cast a ballot before Election Day — at least for those following the letter of the law.

In 2014, voters in Minnesota no longer will be required to offer an excuse to cast absentee ballots, if they don’t want to appear in person at their polling places on Election Day. Local government officials expect the number of absentee ballots cast to spike as voters take advantage of the change.

But lawmakers and other officials also acknowledge that many voters already treat the system like no-excuse absentee voting currently exists in Minnesota.

Both early voting and no-excuse absentee balloting have distinct advantages and disadvantages. 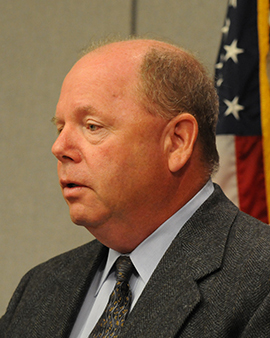 That, however, could lead to an increase in elections costs.

Elections officials such as Mansky and Patty O’Connor, who runs elections for Blue Earth County, say that early voting is easier and cheaper for local governments.

For one, all of the paperwork and procedures surrounding absentee balloting make it more expensive.

Mansky said there are 22 procedural steps that go into processing an absentee ballot, versus only nine for early voting. He also told lawmakers that no-excuses absentee would cost Ramsey County an estimated $7.28 per “voter transaction,” compared with only $3.80 for early voting.

O’Connor said her cost estimates were about the same.

Apart from being cheaper, Mansky also supports early voting because it allows local elections officials to treat voters more like those who cast their ballots on Election Day.

For a certain time period leading up to Election Day, early voters have the opportunity to go to a centralized governmental location, such as City Hall, and cast a ballot in person.

Just like in a polling place on Election Day, once a voter fills out a ballot, it goes into the ballot counter. That removes the opportunity for a ballot to be rejected.

“We treat you just the same as if you were voting in your polling place,” Mansky said.

But one drawback: Once an early vote has been cast, voters can’t change their minds. With absentee balloting, there is a timeframe in which voters can switch their votes.

Beth Fraser of the Secretary of State’s Office said that likely isn’t much of an issue for early voting, because experience shows voters rarely change their minds. In the 2008 presidential election, only one absentee voter in all of Minneapolis switched a vote, she said.

But one instance where citizens were forced to change their absentee votes hits close to home in Minnesota.

In the 2002 U.S. Senate race between Paul Wellstone and Norm Coleman, about 11,000 absentee ballots were cast and counted for Wellstone, who died in an airplane crash 11 days before the official election.

Wellstone supporters went to court to determine how the election should move forward. The Minnesota Supreme Court eventually laid out guidelines after former Vice President Walter Mondale stepped in for Wellstone.

The court ruled that votes for Wellstone shouldn’t be voided and that county officials should send out replacement ballots upon request, and re-affirmed the right of absentee voters to cast an updated ballot on Election Day.

Coleman eventually won with a larger margin than the number of votes cast for Wellstone could have made up.

The 2013 Legislature just tackled that issue and put into place guidelines for what happens if a political candidate dies close to Election Day.

The new provisions say that if a candidate dies or withdraws for major health reasons within 79 days of the election, a special election for the race will be held 91 days after Election Day.

It’s unclear how a potential early voting system in Minnesota would mesh with that law.

Early-voting opponents, such as Dan McGrath of the conservative group Minnesota Majority, also said that the measure would open up Minnesota’s voting system to potential fraud. 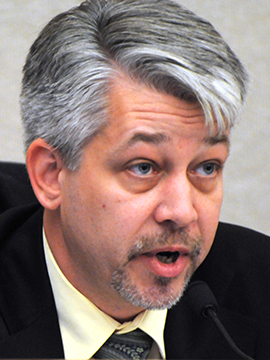 McGrath said no-excuse absentee voting is “something that we’re not really thrilled about,” but isn’t “that big of a deal in the grand scheme of things.”

Because Minnesota allows vouching, McGrath argued that unscrupulous people could vouch for a huge number of voters leading up to Election Day if early voting were put into place. It would be difficult, he said, to adequately staff voting sites with partisan poll-watchers over a two-week period, or the length of time lawmakers would choose to designate for early voting.

McGrath also argued that early voting in Minnesota is unconstitutional.

The state constitution, he said, calls for a singular Election Day, which a series of days for early voting would violate. DFL lawmakers — including Rep. Steve Simon, who chaired the House Elections Committee last session — have rejected that analysis. 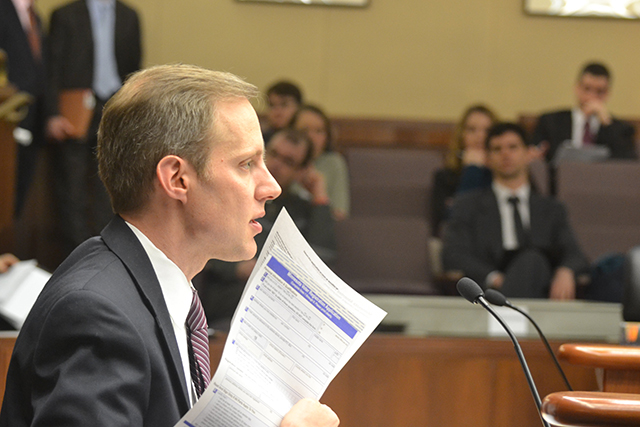 When lawmakers were debating the no-excuse provision, they had a little bit of test information to go on.

In the mid-1990s, Ramsey County conducted a no-excuse absentee-ballot pilot program by obtaining a waiver from a now-defunct state agency called the Board of Government Innovation and Cooperation.

“The numbers are fairly clear that once that kind of option was available, a lot of our voters took advantage of it, and once the waiver expired, then those numbers went right down,” Mansky said.

Right now, some seniors are reluctant to cast an absentee ballot without an officially accepted reason, as many other voters do, Arret said. With the new law, that’s no longer an issue.

“It’ll help me to tell people, ‘You don’t have to worry if you feel that you had to have a specific reason,’” she said.

In May, Florida expanded the time period in which voters can cast a ballot early.

Republican lawmakers in 2011 severely restricted the hours and timeframe when Floridians could vote early, causing huge lines and headaches during the 2012 presidential election, said Jessica Lowe-Minor, executive director of the League of Women Voters of Florida

“We saw the repercussions of that, we think, in 2012, when the election in Florida went so badly, honestly,” she said. “People were waiting in line, people were very upset. It just was not a good situation.”

So lawmakers there came back this year to expand early voting provisions again — a move that Lowe-Minor applauded.

Thirty-two states allow for early voting, according to the National Conference of State Legislatures. Minnesota in 2014 will become the 28th state to offer no-excuse absentee balloting.

It’s unclear if Minnesota lawmakers will bring up early voting next session. Minnesota Majority’s McGrath said it’s something his organization will continue to oppose.

“There are a lot of people who need convincing,” said Simon, the Democrat who offered this year’s elections bill in the House. “Those that are now skeptics can be convinced that there’s nothing to fear here.”

Most states have both early and no-excuse absentee balloting, but not Minnesota