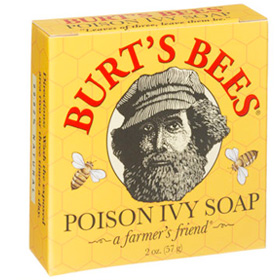 The news about Burt’s came on the heels of the sales of Tom’s of Maine (toothpaste, shampoo), The Body Shop and several organic food companies snapped up by large conglomerates in the last couple of years.

Phil Howard, a professor at Michigan State University, has created a dizzying QuickTime movie of the purchases in the organic industry.

“The [acquisition] trends really took off after a 1997 federal organic standard was put in place,” he said. The federal standard helped define a national market where regional ones had existed; it became easier for larger companies to sell organic goods across the country without worrying about local labeling standards.

Organics are one of the consistent growth areas in retail food sales, Howard said, increasing at the rate of about 20 percent a year since 1990. They still account for less than 3 percent of all sales, but in an industry with historically small margins, any avenue for growth needs to be pursued.

“Margins are higher on organic [goods],” Howard said. “People are willing to pay a premium price.”

Clorox paid a reported $925 million in cash for Burt’s Bees last month. Burt’s had long since grown out of being a mom-and-pop operation (note the price tag), and if it wanted to continue growing, Clorox could provide more distribution muscle at a lower cost. In turn, Burt’s gives Clorox a wedge into the organic/sustainability market. Some corporations, Howard said, prefer to buy their way into the “natural” market, while others re-brand their own products with green labels.

“People want authenticity and it is hard for big corporations to get it – but they can buy it,” said Tom Clasen, director of operations for Twin Cities-based Knowlan’s Supermarkets.

General Mills and Kellogg’s are examples. Golden Valley-based General Mills dipped a toe into the market in 1995 with an organic version of Gold Medal Flour, but it has since bought smaller companies like Cascadian Farms and Muir Glen. Michigan-based Kellogg’s aggressively developed its own lines under the Kellogg name, better to sell at places like Wal-Mart, Howard said.

In some cases, the larger corporation keeps its name off the new product. Tom’s of Maine was purchased by Colgate-Palmolive in 2006, but the Colgate name does not appear on the Tom’s labels, nor does Tom’s show up on the Colgate website.

Similarly, Anheuser Busch created a subsidiary, the Green Valley Brewing Co., to sell two organic beers, Stone Mill Organic Pale Ale and Wild Hop Organic Lager, that don’t mention the A-B name on the label but do at the websites.

“There’s not that much left to buy in the organic food market,” Howard said. “There are a few companies out there, but they are committed to remaining independent.”

“The question we are asking is, ‘Who is the next Burt’s?’ ” Clasen said. “It’s the natural cycle.”