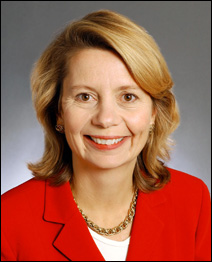 What a difference a decade makes.

Back then, “only a few around here seemed to care,” said state Sen. Ellen Anderson, but now legislators ask to carry environment and energy bills. The St. Paul DFLer said interest at the Capitol is so high she’s thinking of forming a “Green Solutions” caucus.

Last year, the Legislature passed an impressive array of green bills, including the Next Generation Energy Act that Republican Gov. Tim Pawlenty signed and touted.

This year, it’s expected the Legislature will pass several more bills to test the depth of Pawlenty’s green commitment that he’s highlighted in numerous speeches as chairman of the National Governor’s Conference.

Legislators will waste little time. The 2008 Session convened Tuesday and by week’s end it’s likely to approve a long-anticipated constitutional guarantee of nearly $300 million annually for the outdoors and the arts by raising the sales tax 3/8 of a percent.  Pawlenty won’t get a chance to weigh in on this one because the issue goes straight to a statewide November referendum ballot.

In a dust-up to several energy bills expected this session, on Thursday there will be a hearing on recommendations recently advanced by Pawlenty’s administration to reduce carbon emissions linked to climate change.  While the governor frequently calls for “bold initiatives” by states on energy issues, his Commerce Department sent up recommendations that have been harshly criticized by legislators as excessively weak.

Deputy Commerce Commission Edward Garvey, the report’s chief author, has been called by Sen. Yvonne Prettner Solon, DFL Duluth, to explain his report that was mandated by the “Next Gen” energy law.  Sensing legislative anger with the first draft, Garvey is said to be working on a revised report that a spokesman said would be released the day before the hearing.

The “Next Gen” law, signed by Pawlenty last May, set specific goals for reducing carbon emissions, and a 55-member study group has been working on ways to meet the goals.

Better fuel efficiency
Also Thursday, there will be a House hearing on a bill to require improved passenger vehicle fuel efficiency patterned after a strict law passed by California and 11 other states.  However, the U.S. Environmental Protection Agency (EPA) has said California’s law is federally pre-empted and cannot be enforced, a controversial move that prompted a legal challenge by 13 states, including Minnesota.

Rep. Melissa Hortman, DFL-Brooklyn Park, said it’s likely her “clean cars” bill will pass along with a Senate companion by Sen. John Marty, DFL Roseville.  While Pawlenty has said he’d consider signing the bill, his administration has openly said that such a law shouldn’t be considered in view of EPA’s action.

Pawlenty will be watched closely on this one.  He’s national co-chair of Sen. John McCain’s presidential bid and the Arizona Republican has said he’d reverse EPA’s action.

In another challenge to Pawlenty, a broad coalition of conservation groups and key legislators support $46 million in bonding to acquire land easements to grow grasses for cellulosic ethanol.  Pawlenty’s administration has made strong statements for such an approach, but Pawlenty’s proposed bonding bill includes only $3.4 million, an amount advocates say is far too little.

The push for grass crops for cellulosic ethanol received an added push last week when a new study published in Science magazine said that converting forests and grasslands for corn-ethanol production results in a significant net increase in harmful carbon gasses.  The study said the process of cutting forests or plowing up grassland releases vast amounts of carbon that is otherwise “sequestered” in the plants.

In still another challenge to Pawlenty, the Legislature will take up the so-called “cap and trade” system for reducing carbon emissions by “capping” total carbon emissions and setting up a market-based system for “trading” carbon-emission credits.  Pawlenty has said he favors a regional “cap and trade” approach, although more recently he’s cautioned about adverse economic effects, a point that will be emphasized by opposing interests.

Anderson is heading the “cap and trade” effort in the Senate (Rep. Kate Knuth, DFL-New Brighton, is doing the same in the House author). Anderson is working on ways to remove the long list of policy and finance committees – there were eight at last count – that the bill must pass through.

Bonding for state projects
Legislative eyes will be on the bonding bill that could approach $1 billion in borrowing for a variety of state projects, and also on the transportation funding bill vetoed last year by Pawlenty in part because it would have increased the state’s gas tax for the first time in 20 years.  At the same time, legislator will watch revenue forecasts that are continually shrinking due to a faltering economy.

The transportation bill would provide funding for many bridge and repair projects that Pawlenty has stuffed into the borrowing bill.  And so, passage of the bill – and overriding another Pawlenty veto – would provide room in bonding for a much longer project list.

The transportation bill includes transit funding that environmental advocates see as significantly reducing carbon emissions.  Pawlenty would fund the first-up transit project – the “Central Corridor” linking downtown Minneapolis and St. Paul – but many see that much more can be done with an adequate funding source that a gas tax hike would bring.

Also in the bonding bill, legislators will be watching for what may come of parks funding.  At issue is a long list of parks and trails that critics say have suffered under the Pawlenty administration, but a sub-plot in the mix is funding for the controversial Vermilion State Park plan. The new park is a Pawlenty pet, but it has not yet been included in any funding request because Pawlenty’s Department of Natural Resources hasn’t completed negotiations on a land price.

But even with a favorable purchase price (the land owner, U.S. Steel, has said the property is worth $45 million), Pawlenty has indicated he’ll seek up to $25 million in additional funds to develop Vermilion into a top-tier state park.  Critics note that the total price for the new park would go a long way to reduce the long backlog of park maintenance and trail additions that have suffered under Pawlenty’s watch.