Got raw milk? In Wisconsin, the answer may soon be yes. Or not.

Gov. Jim Doyle, who has since reportedly wavered, indicated early on that he would sign a bill liberalizing the sale of raw (unpasteurized) milk in the dairy state. If he does so, farmers would be more easily able to sell raw milk directly to consumers, much as Minnesota farmers “occasionally” can. They’d need a state permit to do so.

According to the Milwaukee Journal Sentinal, Doyle told reporters late last week, “I certainly have heard a lot, and I think people know that the public health experts and the dairy industry are almost if not unanimous in their opposition to the raw milk bill. I’m listening to that very carefully. But I know that there are legislators, and I’ve talked to quite a few of them, who feel strongly the other way. So I need to balance that out.”

Dairy industry groups do not like the law, nor do public-health advocates. They say that raw milk is a potential food safety risk because it can contain harmful bacteria such as E. coli, Listeria and Salmonella. Pasteurization (heating of the milk) kills bacteria. The industry is also worried about potential bad publicity should someone get ill on dairy-state dairy.

And some people get sick. The Centers for Disease Control reported 85 outbreaks of human infections involving 1,614 people, 187 hospitalizations and two deaths from consumption of raw milk between 1998 and 2008. Twelve confirmed cases in Michigan were reported in March, and a Salt Lake City news report on Tuesday said the Utah Health Department is investigating the sickening of 15 Utahns in six counties; all drank raw milk.

Higher-risk populations
“I worry about people who are at higher risk,” said Suzanne Driessen, a food-safety educator with the University of Minnesota Extension Service in St. Cloud. “Kids are at greater risk from food-borne illness because their immune systems aren’t as developed.”

Raw-milk supporters include an interesting mix of natural-food lovers and free-market libertarians. Dairy farmers who want to sell raw milk and their friends put forth two arguments: one, that they should be allowed to sell their products without the government interfering and two, that pasteurization lessens the nutritional value (or even taste) of the milk. Prices range from $6 to $8 per gallon for raw milk, compared to $4 or so for pasteurized milk. 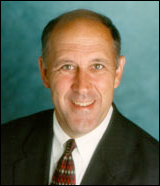 It almost goes without saying that a victory in America’s Dairyland would bolster raw-milk advocates around the country. “It’s the best state this could have happened in for us,” Sally Fallon Morell, president of the Washington-based Weston A. Price Foundation, a nonprofit group that advocates drinking raw milk, told the AP.

“It’s [a balance between] the right of people to want to drink raw milk and people who see the side effects,” said Elena Yepiz, a U of M extension specialist from Andover. “In reality it is more risky to drink it.”

In Massachusetts, raw-milk fans rallied on the Boston Commons on May 10 against a proposal to limit raw-milk buying clubs. Protesters led a cow into the Commons, gave her udders a squeeze and drank the results, which is probably the first time a cow has been milked there since the British occupation. Like Minnesotans, Massachusetts residents can buy milk on the farm, but milk-buying clubs designate one person – often someone with a refrigeration unit on their vehicle – to purchase large quantities and then redistribute them back in the city.

New South Dakota law
In South Dakota, a law that goes into effect July 1 clarifies regulations on raw-milk production, including requiring a state permit. South Dakota allows direct sales on farms and at farmers’ markets, bringing the number of states with some kind of legal selling of raw milk to 28. Ten states allow raw milk to be sold in grocery stores and 10 states ban it entirely. The federal government requires milk sold across state lines to be pasteurized.

Among our other neighboring states, all raw-milk sales are illegal in Iowa and legal in North Dakota only in pet food.

The Minnesota statute, which dates from 1949, allows for raw milk “occasionally secured or purchased for personal use by any consumer at the place or farm where the milk is produced.” It’s the “occasionally” wording in the Minnesota law that prohibits, in a strict interpretation, the “regular” sale of raw milk. You’ll not find a raw milk dealer in Minnesota, but you can find a farmer to sell you some.

“People want a relationship with their food,” said Driessen. “We’ve also seen an increase in things like home canning, too, so we’ve brought back home-canning classes. But there is a lot of misinformation out there.”