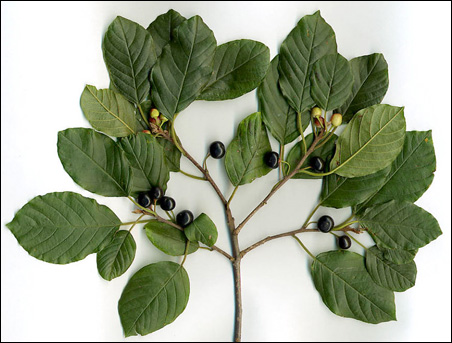 Wikimedia Commons
One vision of the BWCA’s future: brush land, scrub and buckthorn.

It is a ritual. Pull out the canoe, the paddles, the packs and the maps and plan this year’s big route through the Boundary Waters Canoe Area Wilderness. One day I hope to plan a trip to the BWCA with my grandchildren and start a new ritual. I dream of introducing them to the healing powers and spirituality of the northern pine forest.

Then I wake up. I am awakened by the voice of Dr. Peter Reich, Distinguished McKnight Professor and forest ecologist at the University of Minnesota. He is telling me that when my grandchildren are my age, the cathedral of the pines to our north very likely won’t be there.

I feel like I’m being visited by the ghost of the future. Reich takes me by the hand and we float, Dickens-like, over the lakes. I see the familiar shapes. “I think that’s Basswood right below us.” But only the shapes remain. 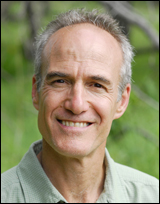 Dr. Reich gives me three different views of the future in the BWCA, each one different — each one more stark. In all three versions he shows me, only a few pines remain. One image is a BWCA that looks like Vermont. It is fall and the maple leaves combust in colors of red and orange. It is beautiful. But where are the pines, I ask Dr. Reich. “They are almost all gone,” he says sadly.

He shows me another glimpse of a different future. Instead of a million and a half acres of maple forest, it is savanna and the trees are oak.

The third view makes me weep. It is the BWCA in the time of my grandchildren’s adulthood, and the whole of it is covered with buckthorn. I try to shake myself awake only to discover I am awake and talking to Dr. Reich about his research and awful predictions.

Stressed trees
Erratic is not good for pine trees. Like us, erratic home life causes stress. We all know stress can kill.

There is another reason why the pines will go away, he tells me, and says, “It has nothing to do with the climate.” Fire. Pine forests love a healthy dose of fire from time to time. Dr. Reich tells me that fire helps pines regenerate. BWCA pines are not catching fire enough to sustain the forest.

Reich says fires generally have burned from southwest to northeast, but he says: “So many of us like to have our cabins and retirement homes in the north woods, we have suppressed fires to protect our retreats. So the fire from the south doesn’t reach the wilderness area, and the pines are getting old.”

Reich says without the occasional forest conflagration, “the forests will be taken over by less fire tolerant species like birch and aspen. Eventually maples and maybe oak. Their seedlings will sprout in the understory beneath the pines, and without fire, they will survive to replace the pines that have died away.”

But one cause of the pine collapse does have to do with climate change. Deer. Reich says that the deer population in the north is “two to three times the natural carrying capacity.” Deer have moved into moose territory. It has just become too warm for moose to thrive in the BWCA. Moose are moving north.

How to explain?
A BWCA with no pines? How does grandpa explain what it was like, once? Does he have to take his share of responsibility? Does he lie to the child and say, “That’s just nature.” Will the child even care camping beneath a canopy of maple leaves? Portaging through a savanna? Maybe not.

But buckthorn? How did buckthorn take over the boundary waters in this vision of the future?

Reich explains: “We have put up lots of barriers to dispersal.” Now he is talking about the movement northward of the hardwoods. The trees move their northern boundaries in increments over time. But dispersal is interrupted by highways and towns. “We’ve built roadblocks,” Reich says. “It is going to take longer for the hardwoods to get to the wilderness.”

That leaves a gap in the ecological schedule. The pines have died away before the hardwoods get there. That’s when buckthorn seize the opportunity of the open land.

“When invasive species like buckthorn move in, the natural forest doesn’t have a chance. It chokes everything else out,” he says.

Then he tells me the last thing I want to hear. “In this last scenario, you will have a BWCA of brush land, scrub and hardscrabble,” he says.

The BWCA — the Buckthorn Waters Canoe Area. In its current state the Boundary Waters is the most visited national wilderness area in the United States. It brings millions of dollars in tourist revenue to Minnesota and the small towns on its perimeter. When the grandkids are of an age to pull out their own canoes and packs and to plot their own courses, I wonder if they will want to go north.

Whose fault? Based on Reich’s scientific analysis, probably ours. But we can honestly say that it wasn’t our intention. It wasn’t our intention to warm the planet. We just had a lot of coal and oil sitting around, and we used it to our advantage. We didn’t intend to stop the natural regeneration of fire. We just didn’t want to watch our houses burn down.

It is all perfectly understandable. The grandkids will understand and will patiently look at your photo album of a strange and wonderful place with towering pines that grandpa still calls the boundary waters. “Oh, kids,” grandpa says, “you shoulda seen it.”