The Los Angeles Times ran a story Thursday under this headline: “Climate skeptic admits he was wrong to doubt global-warming data.” Under normal circumstances a headline like that doesn’t draw much of a gasp. As more and more science pours in, fewer and fewer people doubt the science.

But the story behind this headline turned lots of heads.

The climate skeptic is Richard A. Muller, professor of physics at the University of California and the leader of the Berkeley Earth Surface Temperature project (BEST). Muller has a long history of criticism of the science and the scientists conducting it. He was outspoken about the contents of the hacked emails, known as climategate, and most particularly, he was skeptical of the way scientists measured warming. 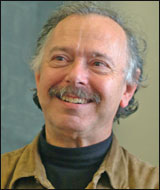 Critics, including some of mine, have pointed to the fact that many of the instruments used to measure global warming were placed in locations where it was bound to get warmer anyway. They found some of the gauges placed on rooftops, near blacktopped parking lots and in the middle of cities where the commonly understood Heat Island Effect was at play. Cities are warmer than the country.

So BEST went to work to gather the data and do some measurements of its own. I’m not saying that the project had an agenda, but part of its funding came from the Charles G. Koch Foundation. The Koch fortune is largely from fossil fuel refining, and Charles and David Koch are among the most powerful forces behind the denial of global warming science.

BEST set out to disprove the conclusions of NASA’S Goddard Institute for Space Studies (GISS), the National Oceanic and Atmospheric Administration (NOAA) and the Hadley Center for Climate Prediction and Research in Great Britain. Each of them had arrived, separately, at remarkably similar figures showing how much the Earth was warming. BEST took on the gargantuan task of analyzing 1.6 billion data points. What Muller and his team of skeptical scientists found was, despite the poor siting of some of the measuring stations, NOAA, GISS and Hadley had gotten it right.

Addressed skeptics
On Friday, Muller addressed all global-warming skeptics in the Wall Street Journal by saying, “Now let me explain why you should not be a skeptic, at least not any longer.” He went on to explain what BEST had found, and how it had found it. He reported the final paper, which has yet to be peer-reviewed, found that the Urban Heat Island argument did not stand up. The data showed that poorly positioned measuring stations showed no greater temperature increases than the better ones.

In other words, the skeptical funders of the study just backed the wrong horse. Charles Koch helped pay for a study that says everything Charles Koch believes in is wrong.

Over his career, Muller has said so many awful things about so many good scientists that they are not likely to let him off the hook. Grudges are hard things to let go. But I hold no grudge against Muller, even though his behavior, on occasion, has been ungentlemanly and hurtful. So, let me say it takes guts for Muller to stand up and say he was wrong. I admire facts and knowledge, and apparently, so does Muller. He couldn’t run from them. No one can, no matter how hard we try to wish them away, no matter how much the facts harm our vested interests, your political leanings or how often you argued with your brother-in-law about the poor quality of the temperature measurements. It made you sound smart, then.

Now, a word about skepticism. It is a good thing. In fact, it is what makes the scientific world go round. Every scientist worth his or her salt is trying to disprove something, or ought to be. When he or she cannot disprove a thing, then they set to work through experiment and observation to prove it. In fact, when the news broke about the BEST results and Muller put his four papers online for scientists to see, the first critics of his work were the scientists he just found were correct in their calculations. Here are the Berkeley papers.

Many of those with whom I correspond said they didn’t like BEST’s methodology and the manner in which it calculated findings. It is a nifty world in which scientists, whose collective work is trying to cut through the skepticism with observable fact and knowledge, are now skeptics of the skeptic who is a skeptic no longer.

Other skeptics
Since the BEST results still must get through peer-review, it has a long way to go before it can be used as confirming science. Already, those skeptics who most supported the BEST project in the hope that it would find the Earth wasn’t warming at all, and fossil fuels would be off the hook, are now running in the other direction. Websites and publications that once cheered on the BEST scientists are now saying the work is not credible. Foot-dragging politicians will say that the temperature siting data must be studied further before doing anything. Politicians who are afraid to act always ask for further study. Sometimes that is proper. Sometimes enough votes have been counted to permit the politician to turn off the TV and walk down to the ballroom and concede.

Don’t count on it. As I used to say on TV, it looks like we are going to be up very late. I hope it is not too late.

The next move of the skeptics will likely be to drop the whole bad-thermometers-by-parking-lots-in-the-middle-of-cities argument and move on to the few remaining questions, which, on close examination, have already been answered by science. Your brother-in-law, or your former governor, might say it is all caused by a natural cycle. You can obliterate the argument by simply asking for some scientific evidence to support that conclusion. There is none, by the way.

America is a land of skeptics. Missouri is the “Show Me” state. I like that. I live with a skeptic. My wife uses a calculator to add up the grocery receipt to make sure the register is right or the cashier didn’t just charge her $13 a pound for bananas. As a reporter, I hardly believe anything anyone ever says, until I see the proof. That’s why Richard Muller is OK with me.

He saw the proof and he didn’t run away. Bravo for that. Now get to work on apologizing to all those scientists you tried to shame.

Climate skeptic admits he was wrong