Germany has decided it is done with nuclear power. It has already shut down seven of its 17 plants, and the rest will be closed by 2022. Nuclear power makes up more than a quarter of all the electricity capacity in that country. Where on earth will Germany find the energy to make up that deficit?

Germany’s answer is: renewable energy. In fact, Germany intends to supply 85 percent of its electricity demand from renewable sources by 2050.

That is one reason Sabine Engel, director of the University of Minnesota’s Center for German and European Studies, asked for and received a grant from Germany to set up the Germany-Minnesota Renewable Energy Exchange Project. 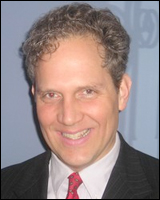 Rolf Nordstrom, executive director of the Great Plains Institute, was one of the Minnesotans on the tour. He knows a great deal about energy. He told me, “I thought I knew a lot, but I found out I didn’t know as much as I thought.”

German citizens are on board
One of the things Nordstrom already knew was that the German people were willing to pay extra for a renewable energy future. Germany instituted a system called a feed-in tariff (FIT). The average German pays an additional 250 euros per year on his electricity bills. That money never goes to the government, but stays in the energy sector to support renewable-energy production.

Burdensome? Not according to the polls Nordstrom and Humphrey School of Public Affairs Senior Fellow Steve Kelley saw on their visit. Seventy-six percent of the Germans polled said they agreed with FIT. A quarter of those said they’d be willing to pay more.

I asked Elizabeth Wilson, associate professor at the Humphrey School and a specialist in energy, environmental policy and law, whether she thought the German people had made a moral, political or economic decision to participate in a renewable energy future for their country. Her answer was, “Yes.”

She continued, “It was like traveling to an alternative universe where people took climate change seriously and were fully engaged in the transformation of their energy system. And, they know it is going to be hard.”

Brandenburg is more than halfway there
Monday, two German officials spoke at the Humphrey School on the subject. Henning Heidemanns, state secretary in the Ministry of Economics and European Affairs from the state of Brandenburg, told the audience that Brandenburg already meets about 60 percent of its electricity needs from renewable sources.

Secretary Heidemanns told me that the shutting down of the nuclear power system is part of the plan. Germans have an uneasiness with nuclear power. Sweden and Italy have similar plans to end nuclear electricity generation. But, he said, not all of the European Union agrees. “Norway,” he said, “is going back to coal.”

The renewable initiative in Germany has such wide acceptance because the energy monopolies have been broken and decentralized. Energy has been “democratized.” Secretary Heidemanns told me, “Private sector investors and households are putting solar on their roofs in Baden-Württemburg and they are making money as well as saving energy. Farmers are making 10-20 thousand euros to have a wind turbine installed on their property. Renewable energy is an income source for them.”

Rolf Nordstrom says, “It has built its own constituency. There are so many people in Germany making money on renewable energy that you probably couldn’t repeal the feed-in tariff if they tried.”

A nonpartisan issue
The renewable future for Germany is agreed upon across party lines. One concession was to exempt the largest industries from FIT payments. In fact, the electrical rates for those industries were cut. Part of the exemption was political and part was economic. Germany is one of the world’s most productive exporters of goods. It is a highly industrialized country, and average Germans apparently wanted to keep it that way.

Elizabeth Wilson points out that Minnesotans are subsidizing renewable energy already, but the future goals are not as clear as those laid out by the Germans. Kelley says Germany is a lot like Minnesota because it has had to import almost all of its feedstock: coal, petroleum, natural gas and uranium.

“Germany has burned up most of it black coal,” Kelley said, “They still have some lignite and there is some natural gas in Saxony.” The Germans hope to use natural gas as a bridge fuel to green gas sources.

“When the demand is low for wind power, we make hydrogen from the wind. We can then use the hydrogen as a fuel source.” Storage of wind and solar energy is as big a problem for Germany as it is for the United States. Where will the electricity come from when the sun doesn’t shine and the wind doesn’t blow?

That is one of the reasons Germany has a relationship with the University of Minnesota. Friedo Sielemann, Counselor for Energy and Environment at the German Embassy in Washington, travels throughout the United States looking for technology. “We keep looking for a better solution,” Sielemann told me. “It is good to look everywhere for that solution. There are a lot of scientists in Germany working on this who learned their science in the United States. You are the leaders.”

Steve Kelley says the German ability to plan ahead is not as easily done in the United States. “We’ve adopted market mechanisms in this country that require us to operate on a quarter-by-quarter basis. We simply don’t have the capacity to think 10 years out.” Germany is thinking 40 years out.

There are also geopolitical and economic reasons for Germany’s plan. “We (Americans) ask,” says Nordstrom, “whether renewables can be competitive. The Germans are asking, what kind of energy system would position us to be in the strongest and best position by 2050? The answer they came up with was renewables, an inexhaustible supply of power they could control themselves.”

Kelley agrees. “The Germans believe that long-term projections show that conventional energy will keep increasing in cost, and renewables will be cheaper than any other form of energy.”

Wilson also believes the Germans are realists. They remember well the price shocks and supply disruptions of the 1970s, Wilson says. “People in Eastern Europe know that the bulk of their supplies come from Russia.” Germany, it seems, doesn’t want its industry or people to be reliant on petro-politics.

‘It is always Friday night for us’
Nordstrom says the United States is different. “I think, in a way, we are such a teenager of a country. It is always Friday night for us.” He added, “We are so young that we don’t have the European experience of hitting resource walls and limits. The Germans see this path as a way for them to gain competitive advantage. They have a longer sense of history.”

Renewable energy: As U.S. dawdles, Germany is thinking 40 years out