For the people of Minnesota, the giant coal-fired electricity generating facility in Sherburne County, known as Sherco, is both a blessing and a curse.

It is by far the largest producer of electric power in Minnesota, and one of the largest of its kind in the country. It produces 2,400 megawatts of electrical power from coal. That is 36 percent of all electricity generated, by any means, by Xcel Energy in the state. That’s the blessing.

The curse of Sherco, located in Becker, is that it appears on the Environmental Protection Agency’s lists of the top emitters of greenhouse gas and mercury emissions in the nation, according to the EPA and Environment Minnesota. 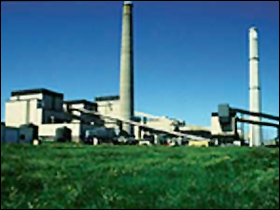 At the moment, if Sherco were to go off-line, Minnesotans would have to find electricity somewhere else to make up the difference. And the future of the Sherco plants is now under review by Xcel officials and the Public Utilities Commission (PUC).

Three separate units generate the 2,400 megawatts at the Sherco facility: Sherco Units One and Two are older, built in the late 1970s. Unit Three is newer and is co-owned by Xcel and Southern Minnesota Municipal Power Agency.

Xcel has poured a lot of money into technology to decrease the emissions of mercury, sulfur dioxide and nitrogen oxide at Sherco, and announced in December that it has plans to spend $438 million on further improvements over the next nine years.

These plans come against a backdrop of a slowing economy, energy conservation and efficiencies that have led a number of power companies, including Xcel, to report that demand for electricity is falling. The lower demand, among other reasons, led Great River Energy to shelve for the time being its plans to bring its brand new North Dakota Spiritwood coal-fired plant on line.

Frank Prager, Xcel vice president for Environmental Policy and Services, told me: “We are under a PUC requirement, right now, to evaluate the life cycle of the Sherco units to see if they should continue to run, or are they at the point of retirement.”

All options open
Prager said that all options are on the table. If it isn’t retired, Xcel must decide whether to operate it as a coal plant with ever-increasing investments in pollution-control equipment or switch the plants’ fuel from coal to natural gas. “Sherco is a very important base-load facility for us, so it would be very hard to walk away from it — as it is configured — and try to go in another direction,” Prager said.

Xcel has spent a lot of money to keep Sherco in compliance with the Clean Air Act. “We’ve got near-term plans to better control mercury emissions and we’ve already got advanced controls for particulate matter,” Prager said.

There are no practical methods of reducing CO2 at conventional coal-fired facilities, but Prager says, despite Sherco’s rankings, Xcel has reduced CO2 emissions in the state as a result of greater reliance on renewable, non-emitting electricity production. Xcel is getting about 26 percent of its electricity from non-emitting sources.

Xcel officials are not happy with finding one of its plants on an EPA list of worsts. Laura McCarten, the regional vice president of Xcel, told me that it is unfair to look at total emissions. She says that automatically puts large operations like Sherco on those lists.

“A better way to look at it would be to measure the amount of emissions per megawatt hour of electricity generated,” McCarten said.

What is lost in the rankings, according to a statement sent me by Xcel, is “Sherco is significantly cleaner for sulfur dioxide and nitrogen oxide on a megawatt hour basis, than the average coal plants in North Dakota, South Dakota, Ohio and Pennsylvania.” The statement goes on to say that by that standard of measure, Sherco is about average for plants in Minnesota, Wisconsin and Iowa.

But Sherco by any measure still releases tons of mercury and CO2 into the atmosphere. Last month the EPA imposed even tighter restrictions on mercury from coal-fired power plants. To meet the new requirements, utility companies operating coal-fired plants like Xcel will have to invest even more in mercury control technologies. And they have no viable options for controlling CO2 emissions from existing plants.

Taking up the slack
I may be wrong, but it seems to me that suddenly retiring the Sherco plant and its 2,400 megawatts of electricity is not an option until renewables are able to take up the slack. Xcel has had success in converting coal-fired plants to natural gas, and has been considering converting others. Natural gas is still a fossil fuel but produces up to 70 percent less CO2. It would be an expensive proposition, but a proven one.

Prager says: “Our approach to environmental issues must come with balance. Number one on our list is to make sure we are in compliance with the law. We think we can reduce emissions and we can do it in a way that benefits our customers and the community — and we must do it in a way that is cost effective.”

Xcel is tasked with serving many constituencies. It must provide reliable electricity at a price customers can afford; it must meet the requirements of the law, and it must do no harm to the health of the people. That is quite a balancing act.

In order to make up for the electricity generated at Sherco, Xcel and other utility companies would have to invest heavily in new renewable energy systems, and it should. It knows better than any utility how it is done. Xcel is already the nation’s leader in wind-powered electricity generation and fourth in solar.

A conversion to natural gas for Sherco, in the near term, seems the prudent step, unless Xcel can find 2,400 megawatts of renewable energy to take up the slack.”If we did switch over, we would make sure that the new system would supply the same amount of electricity as the original plant,” McCarten says

Laws regulating pollution are not going away. The federal government reports that coal-fired power plants are the chief contributors of greenhouse gases and mercury of all sources in the United States. Conventional coal-fired electricity generation is fading, and rightly so. Coal plants don’t only release CO2 and mercury, but arsenic, acid gas, nickel, selenium and cyanide. The EPA estimates that new safeguards will prevent up to 11,000 premature deaths and 4,700 heart attacks a year.

Ratepayers will bark at any increased electrical costs if Xcel chooses to invest in natural gas conversion or heavy investments in renewable forms of energy. But the evidence is clear: Conventional coal-fired power plants kill people.

That should take one option off the table: business as usual.

Xcel Energy’s Sherco plant is a mixed blessing for Minnesota