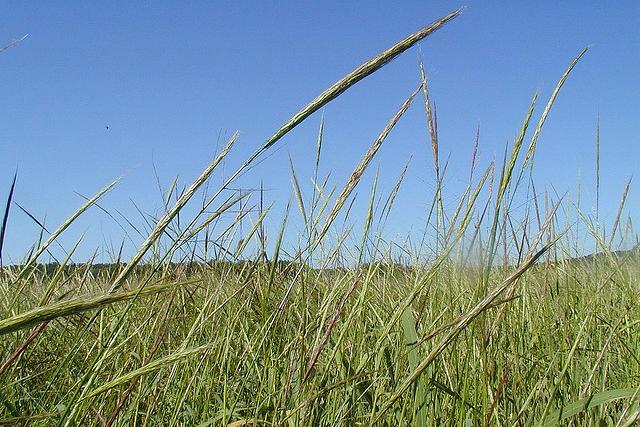 A+ for effort, B for concept, C for follow-through.

Those might be the grades assigned to the state’s effort to understand the effects of high sulfate levels on wild rice.

The “graders” were seven scientists from around the U.S., Canada, and the Netherlands who were in St. Paul last week to review the state’s research on the issue, which was designed to answer the critical question of whether the current standard is right to protect Minnesota’s state grain.

For two days, the experts picked through three years’ worth of data from Minnesota Pollution Control Agency’s lab and field studies, dispensing both praise and criticism for the agency.

The reason for the MPCA studies: The Minnesota Chamber of Commerce, representing mining and other industries, is challenging the state’s current limit of 10 milligrams per liter of sulfate in wild rice waters. Wastewater flowing from taconite mines and wastewater treatment plants boosts the level of sulfate in some rivers and lakes far higher than the limit, especially in northeastern Minnesota, and the Legislature has charged the Minnesota Pollution Control Agency with figuring out whether the standard needs to be changed.

MPCA’s efforts included laboratory experiments and field surveys, all of which the agency presented to the independent scientists for review, a standard practice in scientific endeavors.

There was certainly praise. The reviewers were especially impressed with the MPCA’s field survey, which included detailed sampling of water chemistry and other parameters at more than 120 sites around the state. They said the database should be analyzed more thoroughly to find out what other parameters might influence wild rice growth.

They said one of the studies, which examined germinating seeds and seedling growth in a hydroponic setting, clearly shows that sulfate itself does not harm wild rice until very high levels are reached. Still, because bacteria in low-oxygen sediments on lake bottoms convert the sulfate into sulfide, which is well known to be harmful to aquatic plants, “sulfide is the thing we need to be concerned about,” said Curtis Pollman, an expert on modeling and data analysis at the University of Florida.

Yet the reviewers said the state needs to study other factors, such as minerals and nutrients in the water, to understand on the complex process that goes on in lake bottoms. They also asked for more biology – details on exactly what the sulfide does to the plants. And they faulted the MPCA for failing to link the data from the different studies into a comprehensive picture of what’s going on in wild rice beds.

They also suggested the MPCA has been interpreting the data in ways that don’t pinpoint the exact levels at which harm from sulfide can be seen. According to Mark Hanson, a plant ecologist at the University of Manitoba, “the data shows sulfide above 300 micrograms per liter can be toxic,” a number that is far lower than the current state standard of 10 milligrams per liter.

Curtis Pollman analyzed some of the data using techniques he said are superior to those used by the MPCA, and found that the state’s analysis under-estimated the effect of sulfate on wild rice.

Amid the complicated biological and chemical processes that occur in the muck of wild rice lakes, iron can react with sulfide to form a solid, which may prevent the sulfide from harming rice plants, and the MPCA analysis suggests it might be possible to measure the iron in a given lake to calculate how well it could mitigate sulfide damage to wild rice plants. It’s an approach that would likely be favored by mining interests, yet several reviewers criticized the theory. “There’s not enough data to warrant that level of discussion,” said Siobhan Fennessy, a biologist at Kenyon College.

Patrick Brezonik, an engineer at the University of Minnesota, said that though the idea may be correct, the MPCA’s analysis was “overly optimistic,” and that he was “very uncomfortable” with the “too-confidently pictured” suggestion of site-specific criteria for sulfate.

Shannon Lotthammer, the MPCA staffer in charge of shepherding the process, said she was pleased with the guidance from the reviewers. Agency staffers knew the analysis was not complete, but wanted to get input from the independent scientists before they got further along in the process. A recommendation on whether the standard should be changed is expected by the end of the year.

Nancy Schuldt, water quality coordinator at the Fond du Lac Band of Chippewa, said the MPCA has been consulting with the tribe throughout the process, partly to make sure tribal concerns were addressed and partly to gain information held by the tribe.

“It’s been a leap of faith to trust the state to create a research design and a process to use that research to arrive at a defendable set of evidence for a protective standard,” said Schuldt. “I’ve been holding my breath for the last three years, and today I feel relieved.”