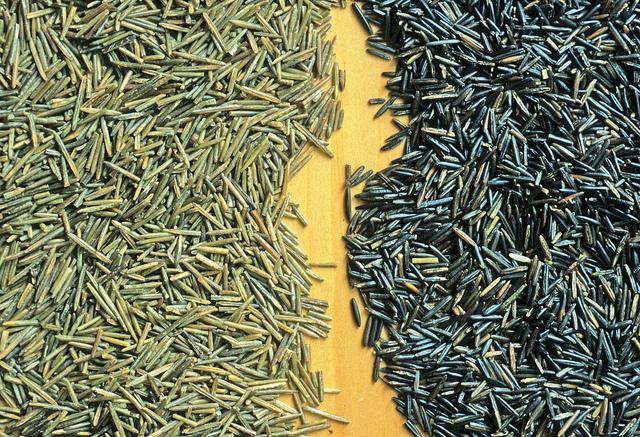 CC/Flickr/Wisconsin Department of Natural Resources
Taken together, the studies support the theory that sulfate, converted by bacteria into sulfide, interferes with the long-term viability of wild rice stands.

Minnesota scientists are off to a good start on understanding how sulfate pollution affects wild rice – but there’s more work to be done if we really want to understand what’s going on.  That’s the gist of an expert review of the Minnesota Pollution Control Agency’s research so far.

The multiyear review comes as a result of the Minnesota Chamber of Commerce’s challenge of the state’s current standard of 10 milligrams of sulfate per liter in waters used for the production of wild rice.  The rule has been on the books since 1973, but the MPCA was not enforcing it until recently. Sulfate is released in the wastewater of taconite mines, wastewater treatment plants, and other industries.

Seven experts gathered in St. Paul in August to critique the MPCA’s analysis of a series of research projects conducted over the last three years. Their comments are summarized on the agency’s web page. They said the studies were appropriate to determine whether the current standard is adequate to protect wild rice, and they added the data is good enough to provide more complete answers if it’s analyzed more thoroughly.

Taken together, the studies support the theory that sulfate, converted by bacteria into sulfide, interferes with the long-term viability of wild rice stands. The experts recommended crunching the data from the field studies using more sophisticated models, adding several other variables such as nitrogen, phosphorus, iron, and the amount of organic matter in the sediment. They said this would help explain the complex interactions that occur in the mucky lake and river bottoms where wild rice grows.

They also said MPCA could find a better way of defining wild rice bed health. The studies used a measurement of wild rice coverage per acre of the water body. Other options would include counting stems per square meter, biomass per meter, or the number of flowering stems, which the panel said would provide a more complete picture of the vigor of stands.

In lab studies, researchers found effects on seedling growth at a sulfate level of 300 micrograms per liter. But in field studies, effects occurred at much lower levels, 75 micrograms per liter, probably reflecting length of exposure and other influences that occur in nature. Both numbers are an order of magnitude lower than the current standard of 10 milligrams per liter.

University of Minnesota Duluth biologist John Pastor is already doing some of the research suggested by the expert panel. He’s adding not just sulfate but iron to some of his stock tanks that are designed to replicate wild rice beds. His students are harvesting the plants now, and the work of counting and weighing them and analyzing the results will go on over the winter. But Pastor doesn’t expect significant results for a few more years. In his earlier experiments, it took three years to see the effects of elevated sulfate. This year, the fourth year, Pastor says in the tanks dosed with 300 milligrams of sulfate per liter, wild rice is practically extinct.

Pastor’s crew is also looking at the black coating that collects on wild rice roots in waters rich in iron. Competing theories suggest either that the coating protects the roots from sulfide damage, or that it interferes with the plant’s ability to take in nutrients.

The MPCA plans to analyze its data more thoroughly over the next couple of months, and promises to have a revised analysis at the beginning of 2015.