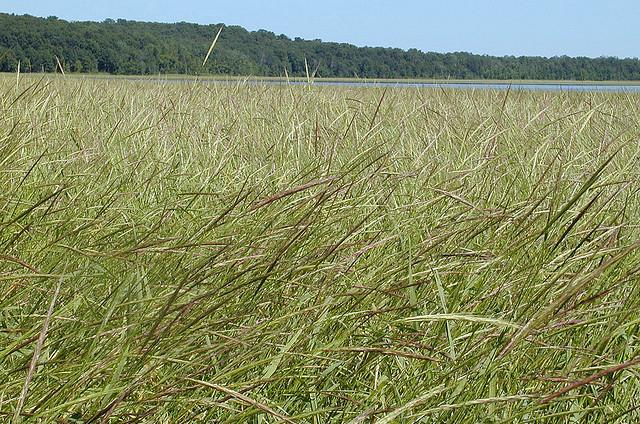 CC/Flickr/Eli Sagor
The MPCA plans to recommend not one standard for all state waters, but different standards depending on the chemical makeup of different waters.

People interested in Minnesota’s sulfate standard to protect wild rice are left with many questions after the Minnesota Pollution Control Agency announced its long-awaited recommendations Tuesday. Even the agency still has questions.

The MPCA plans to recommend not one standard for all state waters, but different standards depending on the chemical makeup of different waters.

The recommendations come after three years’ worth of lab and field studies by University of Minnesota researchers. The studies were reviewed by an independent panel of scientists from around the country and Europe. The peer review panel concluded in October 2014 that the research was scientifically valid, and suggested that more detailed analysis could actually identify harm to wild rice at much lower sulfate concentrations than the current 10 mg/liter standard. That standard has been on the books since 1973, but has rarely been enforced. The MPCA is under pressure from the federal Environmental Protection Agency and Indian tribes to begin enforcing it.

Instead, the agency says a one-size-fits-all standard isn’t appropriate because viability of wild rice varies widely: wild rice is not commonly found in water bodies with more than 10 mg/liter of sulfate, but some lakes with higher levels produce healthy stands of rice. The MPCA plans to focus on two variables that seem to influence the outcome: organic carbon and iron in the sediment. Organic carbon provides food for bacteria that convert sulfate to harmful sulfide, while iron can bind with sulfide, making it harmless to the plants, according to the MPCA’s analysis. The agency developed a mathematical equation to predict whether a body of water will support wild rice, given measurements of these two factors.

Last fall, the peer review panel warned the agency that relying on iron in the water to mitigate sulfate would take things a step further than current science justifies. But the director of the MPCA’s environment and outcomes division, Shannon Lotthammer, said agency scientists heeded the panel’s advice in designing their model and equation, and they now plan to go out and measure lakes to find out if the model works.

One of the scientists who conducted much of the research, biologist John Pastor at the University of Minnesota Duluth, said it’s “scientifically indefensible” for the agency to propose a model it hasn’t adequately tested. And he said conditions in rivers and lakes can change dramatically from year to year, making it unwise to rely on one year’s testing to set a protective standard. Pastor is conducting further research that suggests that iron sulfide – far from protecting the plants as the MPCA suggests – can coat their roots and may inhibit nutrient uptake. “Plants with iron sulfide on their roots produce fewer and smaller seeds, presumably because they can’t get the nutrients they need,” Pastor said.

At a news conference Tuesday, MPCA staffers were unable to answer many questions about the plan, saying it’s in a preliminary stage, and they’ll be gathering input in a series of meetings with stakeholders. They plan to have a proposal for new rules ready in late summer or early fall, and the rulemaking process would take about two years.

Agency officials say they have not decided whether they will try to enforce the current sulfate standard during that time. It is also unclear how the rulemaking will impact plans for an impaired waters list for wild rice waters, a list required by the Clean Water Act.

In addition to its new plan, the agency released a draft list of wild rice waters. The manager of the MPCA’s water assessment section, Katrina Kessler, said testing for iron and carbon is fairly straightforward, but it has not been done for all 1,300 lakes and rivers on the draft list. “We don’t know how long it will take,” Kessler said. The list includes several rivers and lakes that have been affected by taconite mining, including the Partridge River, the Sand River, the Dunka River, and Birch, Embarrass, Hay, Sandy and White Iron Lakes.

The agency moved up its announcement after Gov. Mark Dayton spoke out against the current standard in an interview with Minnesota Public Radio Tuesday morning. In the interview he said the standard is “impossibly low.”

“We don’t even know if it’s going to improve wild rice conditions and it’s going to be catastrophic for life up in northeastern Minnesota,” Dayton said.

Perhaps more telling is a comment that didn’t make it into the broadcast. In the extended interview with reporter Tom Scheck, Dayton said U.S. Steel has “made it very clear that they’re not going to agree to a permit that has a standard of 10 with science that was posted in 1940 …”

Dayton and other political leaders are amplifying criticism of the existing standard by industry leaders.

In a Feb. 4, 2015, hearing before the House Mining and Outdoor Recreation Policy Committee, executives from U.S. Steel, Cliffs Natural Resources, and other mining companies offered carefully worded statements about the importance of good science and an open process in rulemaking.

The MPCA’s process in conducting the research over the last three years has included a broad range of industry and public input. Industry representatives sit on an advisory group alongside environmental and tribal groups to advise the agency on research protocols and to review results. The agency has regularly posted progress reports on its website; it held a public open house midway through the research; and it issued periodic reports to the legislature. By law, the rulemaking process will also be open. The agency is required to justify its proposed rules with detailed scientific information; there will be opportunities to comment to the agency followed by public testimony to an administrative law judge, followed by an additional comment period and a rebuttal period.

At the February hearing, Cliffs Natural Resources’ executive vice president for U.S. iron ore, Terry Fedor, estimated it would cost “hundreds of millions of dollars” to enforce the 10 milligrams/liter standard, and he asked the Legislature to help the industry.

Most of the lawmakers at the hearing seemed willing to help. DFL Rep. Carly Melin of Hibbing offered her view of the situation: “We know that the industry just can’t afford to make that sort of investment on the Iron Range … .”

In U.S. Steel’s most recent report to investors, the largest integrated steel producer in North America said it earned $676 million and generated $1.5 billion in cash from operations in 2014, its best year since 2008.

The MPCA’s assistant commissioner for water, Rebecca Flood, denied during the news conference that politics at the Legislature had influenced the agency. But in choosing an individual water body approach, the MPCA is probably trading one set of headaches for another. Initial reaction from industry seems to welcome the new approach, but it’s unlikely environmentalists will support it. As the process continues and more details emerge, it’s possible those reactions could change. Ultimate approval rests with the federal EPA, which has been urging the state to enforce its current standard.

Meanwhile, legislators are considering Rep. Melin’s bill that would prohibit the MPCA from enforcing the standard until it adopts rules establishing criteria to designate wild rice waters and completes its list of such waters. Other bills would require legislative approval of expensive or controversial new water-quality regulations.