PolyMet Mining has denied access for a University of Minnesota research scientist to sample wetlands around its proposed copper-nickel mine in northeastern Minnesota.

The sampling was to be done on U.S. Forest Service land, and the project was given a green light by Superior National Forest officials. But PolyMet owns the road that provides access to the site. 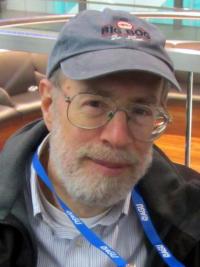 Paul Glaser, a research professor in the University of Minnesota’s Department of Earth Sciences, proposed to sample baseline plots in peatlands around the NorthMet site, with the goal of identifying wetland types and assessing potential impacts of the mining operation on wetlands surrounding the site. Glaser and his colleagues have been doing similar baseline studies across northern Minnesota since the 1970s. The data was to be shared with agencies conducting environmental review of the proposed mine.

The research was to be sponsored by the Minnesota Center for Environmental Advocacy (MCEA), a nonprofit group that has been critical of the environmental review process for the proposed mine.

The letter from PolyMet denying access said that MCEA had recently threatened to sue if the mine is approved. In the letter Brad Moore, Polymet’s executive vice president for environmental and governmental affairs, said, “We feel no obligation to allow a non-federal third party, with MCEA’s stated intent to litigate and its efforts to prevent PolyMet from commencing the permitting process, access across private roads as requested.”

According to MCEA attorney Kathryn Hoffman, Moore was referring to a public event in Ely, at which no PolyMet representative was present. Hoffman said she described many legal problems with the environmental review of the proposed mine. “MCEA is not trying to stop any ongoing process. But based on our review of DNR’s work on this mine to date, the PolyMet proposal does not meet legal standards.”

The PolyMet letter also referred to safety issues and said the road could not be used for “non-business related use.” And it said studies being conducted by the Minnesota DNR and the U.S. Army Corps of Engineers are “the most effective way to make unbiased scientific data and analysis available to both regulatory decision-makers and the public.”

The wetland research project was approved by Superior National Forest officials. The letter approving the project said, “Your peatland research is important to the management of water quality and vegetation on the Forest and in the state of Minnesota.” It required Glaser to share his data with the Forest Service, and noted that “This approval grants permission to conduct research but cannot grant permission to access the site via a privately owned road.”

The U.S. Forest Service owns the land where Glaser planned to conduct his research; a proposed land swap that would transfer ownership to PolyMet is being studied.

PolyMet denies access for wetlands research by U of M scientist