Composting is the talk of lots of Minnesota towns these days, as dozens have adopted programs to collect residents’ table scraps and tissues and turn them into nutrient-rich soil.

For the most part, composting is easy: most things that come from animals and plants can go in the bin.

But it’s not always that clear-cut. What about wine corks? A dead goldfish? Pizza boxes? And why does it have to be bagged? (We’ll tackle that last one right away: the bags help the compost clear the bin cleanly in collection.)


MinnPost asked Minneapolis recycling and composting coordinator Kellie Kish about some of the items that puzzle Minneapolitans who are just trying to compost correctly.

These guidelines apply to all municipal compost programs in the Twin Cities metro , and most of the programs across the state, though it’s wise to check with local composters if you have questions. A list of composting programs in Minnesota can be found here. If you’d like to print this guide out to tape up near your compost bin, you can download a print-friendly version (PDF, 10MB).

All illustrations by Greta Kaul. 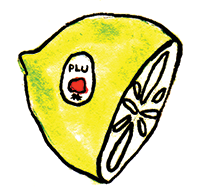 No. They’re likely not tested to make sure they biodegrade. Take them off the fruit before composting. 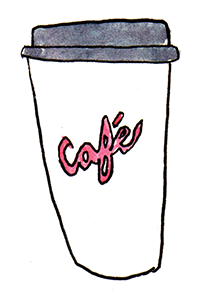 It depends. Some takeout cups and containers are biodegradable. Some are not. Compost if there’s a BPI logo (for the Biodegradable Products Institute, a nonprofit that certifies items). Don’t compost if not. 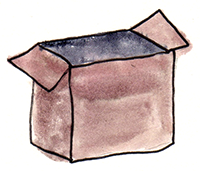 Yes, cardboard boxes are compostable but the fibers in them are still ripe for reuse. Recycle! 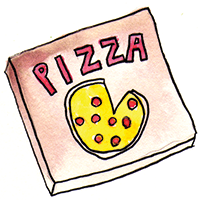 Yes, as long as they’re regular cardboard boxes and not coated with plastic. While most compost should be in a bag, these can go right in the bin. 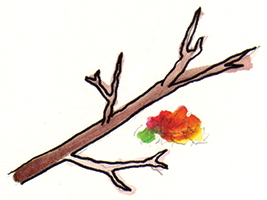 No. This stuff is as biodegradable as it comes. Ultimately, it is composted, but it helps composters get the right ratio of stuff in the compost pile if it’s separate. It also costs less to process as yard waste. Put it in a yard waste bag and have it picked up that way. 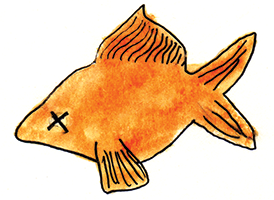 Yes. Dead animals are a gray area. Don’t put deer parts from your recent hunting excursion or other larger mammals in your compost bin — they’re stinky. But a dead goldfish is small, and isn’t all that different from the scrap parts of a fish you eat for dinner. Don’t compost anything bigger than a goldfish, though. 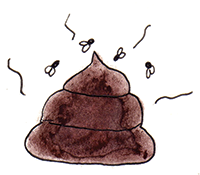 No. The compost facility isn’t permitted to process it. And although compost is heated to kill pathogens, pet waste increases the risk of disease. 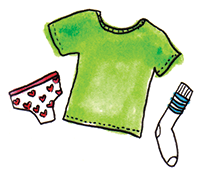 Yes, if the clothes are 100% cotton or wool, you’re good.  Just cut it into 2″ by 2″ sections to help the process. But, if the clothing is still in good condition, donate it. If it’s not, consider clothing recycling: Many places that accept clothing donations also accept clothes for recycling. 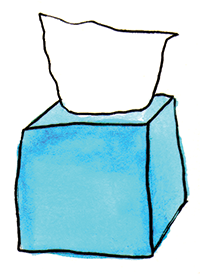 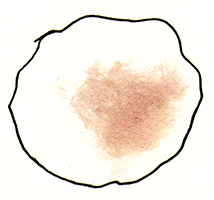 No. If you’re using them for removing makeup or nail polish or the like, those items contain chemicals that shouldn’t go into compost. If they’re clean or covered in something organic, like vinegar, compost away. 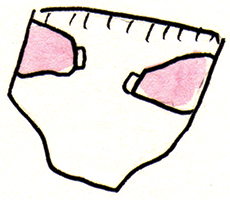 No. For two reasons: One, most are not made of compostable materials. Two: no wastes — human or animal — are allowed in compost. 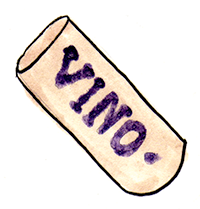 Yes, as long as they’re actual cork and not that plasticky stuff. 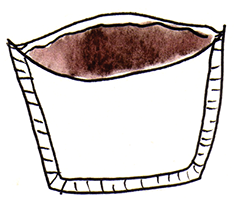 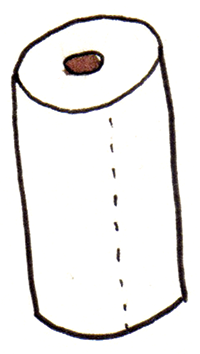 Yes. They’re paper, but can’t be recycled in the recycling bin, so compost is a good choice. Unless, that is, there’s chemicals from cleaning products (even ones that say natural) on them. 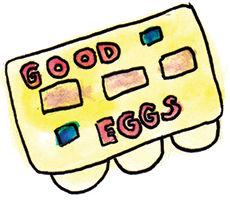 Yes. The fibers in these have broken down too much to be recyclable. Compost them! (Like pizza boxes, egg cartons don’t need to be bagged). 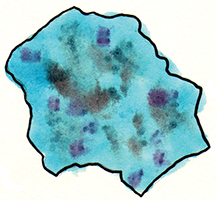 No. Since your clothes likely aren’t 100% cotton or wool, it’s likely some of this lint is plastic.